"I Am Antarctica": A Tale of Obsession, Endurance, and "The White Darkness"

David Grann has a knack for unearthing fascinating stories and turning them into extensively researched, compulsively readable books. The Lost City of Z was one of our favorites all the way back in 2009, while Killers of the Flower Moon—a monumental and sometimes shocking bit of historical research reporting—was our pick for the best book of 2017. The White Darkness is another story of epic determination and high adventure: Henry Worsley is an Ernest Shackleton acolyte and relation to Frank Worsley, one of the legendary explorer's crew members in the Antarctic. In 2008, Henry determined to measure himself against his hero, aiming to succeed where Shackleton had failed. Recruiting two other descendants of the famed, ill-fated expedition, the trio sets out to reach the South Pole on foot. But that was only the beginning of Worsley's obsession with the continent known as The Ice.

Though the new book is short (The New Yorker published it as a longform article earlier this year), the addition of over 50 photographs—historical images from the Endurance expedition in addition to Worsley’s own—has turned it into a fascinating (and gift-worthy!) record of struggle and determination against the grimmest of odds. Last May, we sat down with the ever amenable Grann at the Random House offices in New York City. This is an edited transcript of our conversation, presented with a few photographs from the book.

A lot of people revere Shackleton—they've written untold biographies and books about his expeditions, and he's been studied for his leadership skills. But that doesn't drive most people to make three separate expeditions to Antarctica. Who was Henry Worsley?

Henry Worsley was really a remarkable man. He was an SAS officer, a man of remarkable endurance, courage, leadership. He also had other elements to his character. He recited poetry, he taught sewing to inmates in prison. But most of all what made him so distinct was that he revered Ernest Shackleton, the polar explorer from the early 20th century, and he modeled his life after him.

There's a cult of Shackleton, but Worsley was someone who went a step further in his obsession. He collected everything that Shackleton had written, became a leading authority. He decided to follow in his footsteps, to succeed--or attempt to succeed--where Shackleton failed. For Worsley, getting closer to Shackleton was a way of getting closer to himself: to test his own character, his own powers of endurance, his powers of leadership, and what kind of person he was. 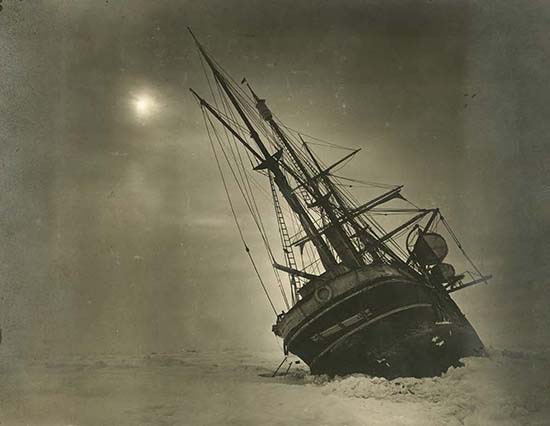 One of Worsley's ancestors was on the Shackleton expedition, and he recruited others for his first trip to Antarctica....

Henry Worsley's connection to Shackleton had a personal element, a kind of a deep element, which was Frank Worsley. He was a captain of the Endurance who managed to survive one of the most arduous expeditions in history. In Henry's first expedition, he decided he wanted to try to follow in Shackleton's footsteps with two other men who were also descendants. Will Gow was a descendant of Shackleton, and Henry Adams was the descendant of the second-in-command in Shackleton's South Pole expedition.

In his 1908-1909 expedition, Shackleton came within 97 nautical miles of the South Pole, and with his men facing likely death, made what Henry Worsley considered one of the most astonishing decisions in the history of exploration: Even though he knew he could capture his Grail, he decided to turn back and save his men. A hundred years later, on the anniversary of that expedition, Henry Adams, Will Gow, and Henry Worsley set out to see if they could reach the South Pole following Shackleton's route, and complete what Gow had referred to as "unfinished family business."

And how did that trip go?

The Antarctic is the most brutal, inhuman environment on Earth. It is the coldest continent, with temperatures routinely reaching 70 degrees-below-zero Fahrenheit. Winds reach 200 miles per hour. It is the highest continent, over 7,000 feet elevation on on average. Its ice sheet contains 70% of all the fresh water on Earth.

Anything they had, they had to carry and pull on sleds that weighed 300 pounds. They're reduced almost to beasts. They would take their poles and jab them into ice in front of them to see if there was an opening—one misstep and they may plunge into the netherworld. They become skinnier and skinnier. Yet, remarkably, they succeed—in large part because of Henry Worsley's ability as a leader, because he emulated Shackleton. He preached optimism and patience. He instilled confidence in the team. He was playful when they were suffering. He made shrewd tactical decisions, and together they were able to reach the South Pole and complete that unfinished family business. 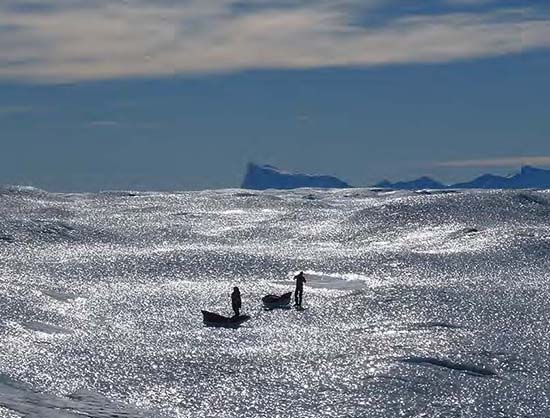 But one expedition wasn't enough?

It didn't satisfy that obsession. He does another expedition where he recreates a path to the South Pole, and then in 2015, he decides to try to complete Shackleton's attempted endurance Expedition. That was when the Endurance was frozen in the ice and eventually sank. Shackleton had to get all his men back to safety. [Worsley's] goal was to cross Antarctica, to trek across it, more than a thousand miles. What's more, he was planning to do it alone, something that not even Shackleton had dared.

He had to break track all by himself. He had no one to converse with. In many ways, it was the culmination of all of Worsley's expeditions. He would have to survive entirely upon his own wits. He would have to be the leader of himself, and himself alone. The expedition becomes incredibly dangerous. He encounters one obstacle after another. At this point, he's in more peril than he'd ever been in his life. He has to ask himself, What would Shacks do? In many ways the answer would determine his fate.

What what is the "White Darkness"?

In Antarctica, the wind kicks up all the ice crystals, and you're often in this constant murk of darkness, even though it's all white. When Worsley is trekking, there is sun nearly 24 hours a day. And yet he would open his tent, and all he could see each morning was more of the white darkness. I think that is a metaphor for what Antarctica represents—both this seductive quality and this incredible danger that are intertwined. Henry Adams said, "What is Antarctica other than a blank space upon which you try to impose yourself?" 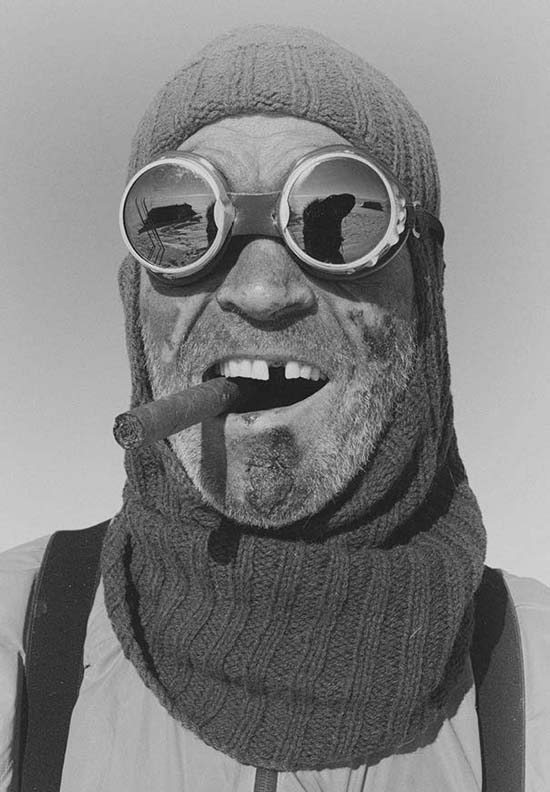 That begs the question.... With both poles being "conquered," all the highest peaks having been climbed, what drives people endlessly to these places?

In the old days, when people would make discoveries, often there had been people in those places already. So even that notion of discovery is a little bit artificial. When Henry Worsley gets to the 97 mile mark on that first Expedition—where Shackleton turned back—he looks around at this place that had filled his imagination, that had lured into this spot, that had nearly led him to his demise. And there's nothing there. He can't see a damn thing other than ice! That's all it is, and it's too cold to linger. All it was was a geographical data-point in a white deathscape.

Especially for Worsley, it was an inward journey. It was a compulsion to find out about his character. He was attracted to the beauty of Antarctica, which to me seems very alien. But ultimately they were tests of endurance... a way to find out something about yourself.

Your book The Lost City of Z and this shorter piece could be called "stories of high adventure." Is that is that a an environment where you feel comfortable? Certainly for Lost City, you had to put yourself in a some uncomfortable places.

Very foolishly, for those of you who know me. I trekked through the Amazon on that one.

I didn't go to Antarctica for this, and the project took me a long time as a result. To get my mind around this strange place and to kind of figure it out by reading.... I had access to all [Henry's] diaries, and it gave me an intimate knowledge of what he was experiencing, in a way that I almost never have with somebody else. I would never do what he did. But I found myself drawn to Worsley, not to the place, because he tested himself in a way that I found extraordinary. 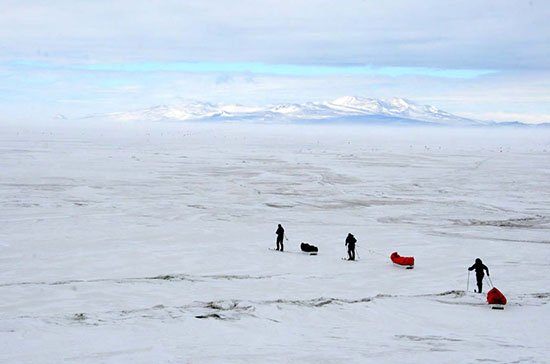 The White Darkness was previously published in The New Yorker. What's new about the book?

After the piece came out, I began to do more photographic archival research. Worsley documented his expeditions through images, and he believed they told a story unto themselves. I've integrated more than 50 of these into the story. Some of them were just works of art. I have images of Worsley camped on a floating iceberg—I could never describe it with words. I found a photograph that his family sent me not too long ago. It's a it's a shot of Antarctica; you're looking at this massive ice landscape and you suddenly see words carved into the landscape: "I am Antarctica." Henry had carved this massive message that no one would ever see. For me, that tells a powerful story. For people who have read the article, I hope that these will add a whole new dimension. 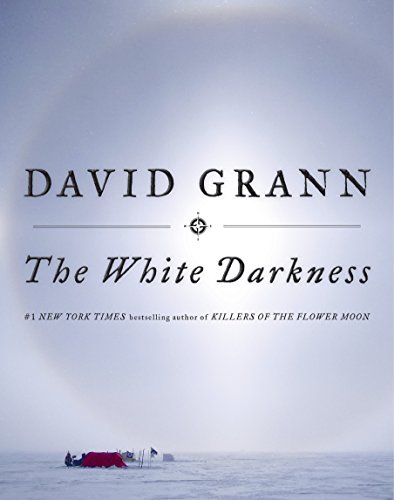 Tana French on "The...
Read