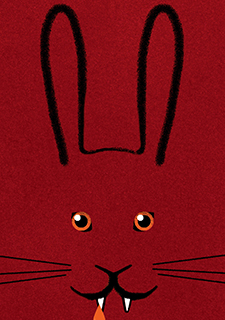 A favorite children's book, especially around Halloween, Bunnicula is celebrating it's 40th anniversary this year. Originally published in 1979, and written by the husband and wife team of Deborah and James Howe, this delightful mystery about a family and their new pet--a vampire rabbit who sucks the juice out of veggies, turning them white--is just as much fun for young readers today as it has been for the past four decades. In fact, writing about it here just brought back warm memories and a smile to my face.

The tale begins on--you guessed it!--a dark and rainy night. The Monroe family returns from seeing the movie Dracula with a new pet in tow--a bunny they found wrapped like an orphaned baby, with a note in ancient script that read "please take care of my baby." With fur that looks like a cape, and two tiny fangs for teeth, the Monroes name the bunny Bunnicula. All of this is narrated by the family dog, Harold, who, along with Chester the cat, is at first highly suspicious of this new addition.  Chester is convinced the bunny is a vampire and tries to employ all manner of techniques to expose him or get rid of him.  The antics and narration that follow build into a story that has proven to be timeless.

For the 40th anniversary, there is a gorgeous new edition of Bunnicula.  The cover is done in red velvety fabric, and the book opens with a new introduction from James Howe who shares the incredibly sweet and inspiring story of how Bunnicula came to be. In the back of this special edition, some of today's most popular children's books authors, including Dav Pilkey and Holly Black, talk about reading Bunnicula themselves.  Oh, and wait - there's more. The final pièce de résistance is an image gallery which includes the sketch Howe made when he first imagined how a vampire rabbit would look, Dav Pilkey's rendering of Bunnicula, and many of the book covers through the ages.  You can see a handful of the covers below.

Bunnicula as it looked when it first appeared in print forty years ago. 1979 edition, illustrated by Alan Daniel 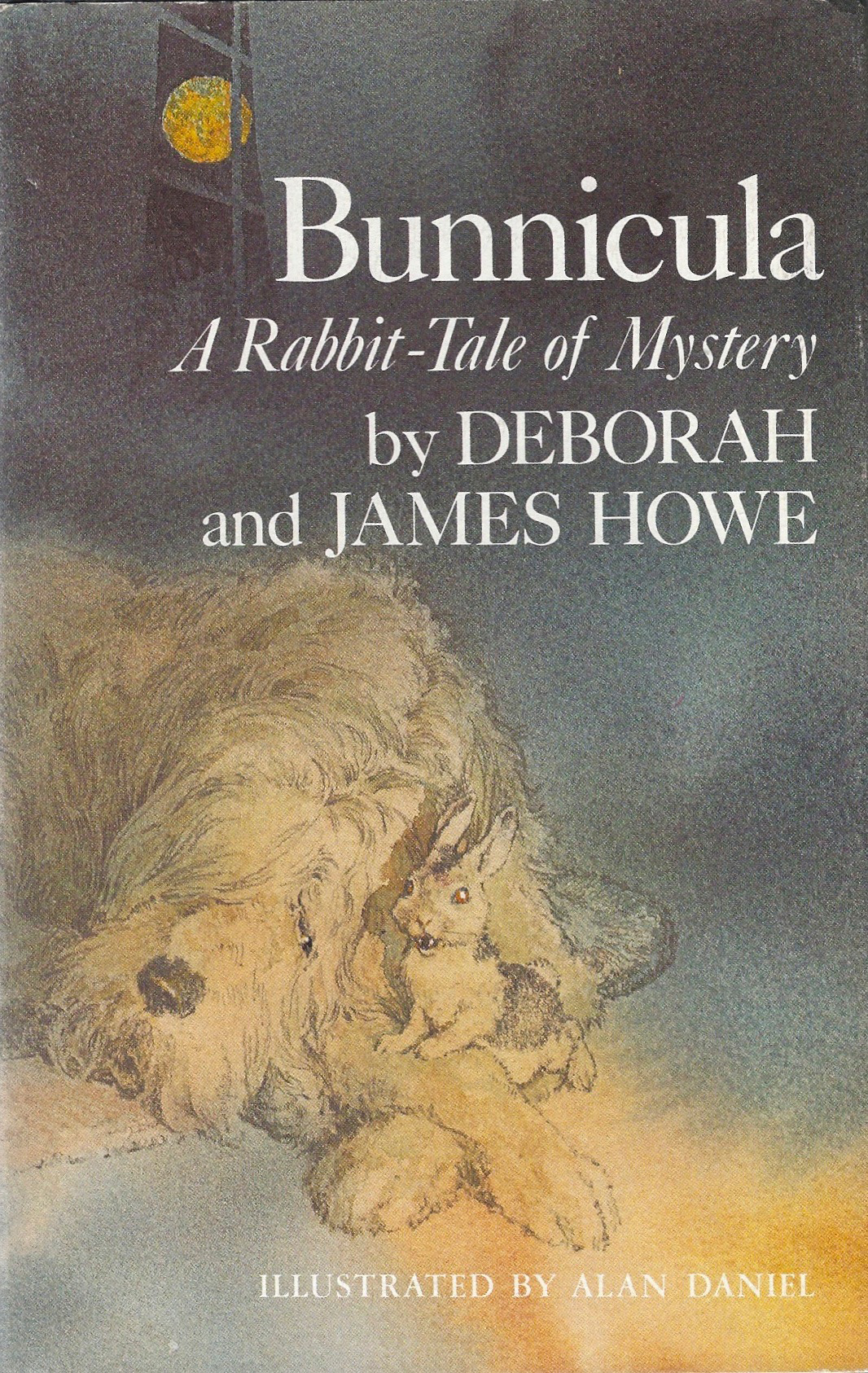 Bunnicula 2006 edition, illustrated by Alan Daniel  - a couple of decades later and Bunnicula doesn't look quite as sweet as on the original edition (though the illustrator remained the same). 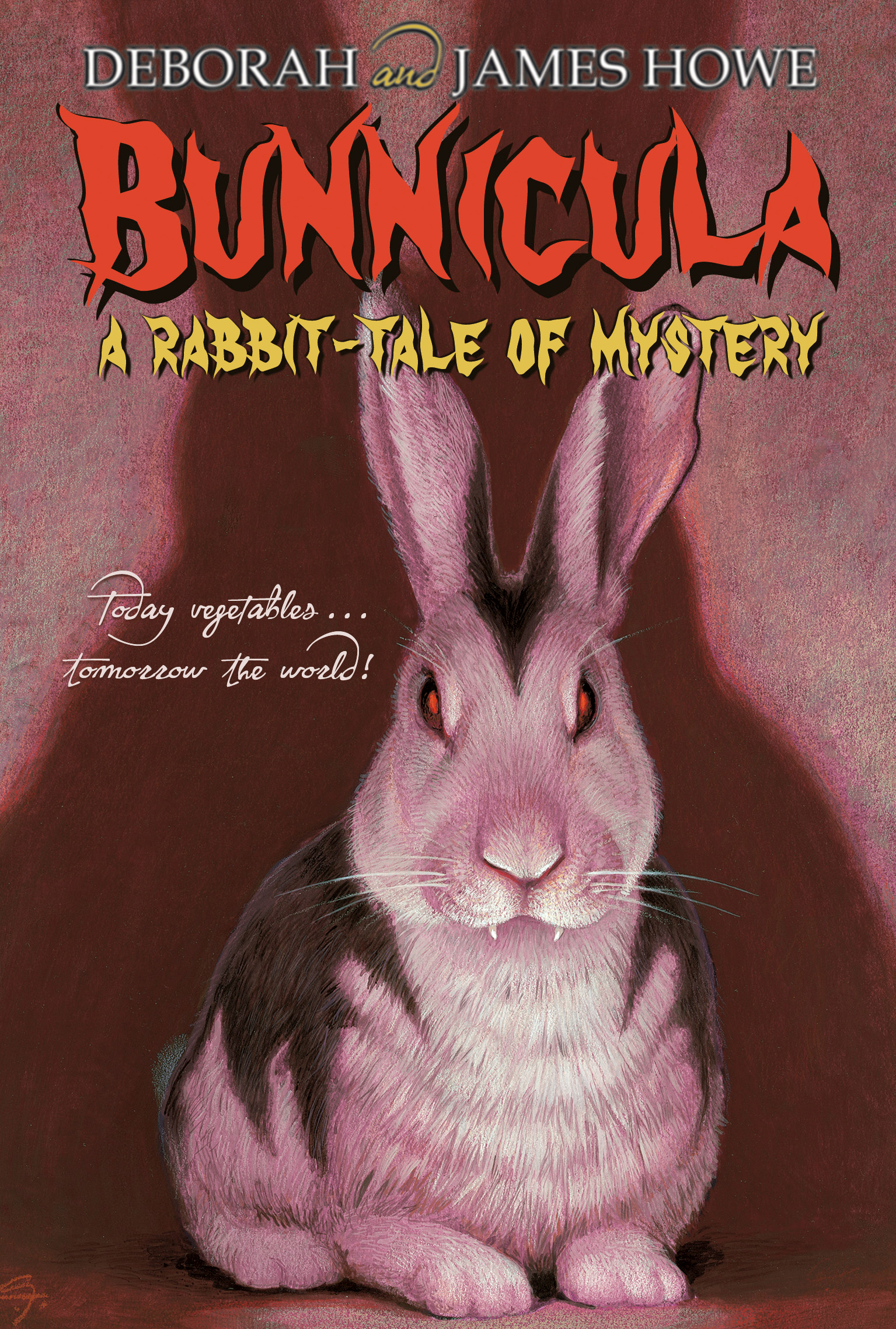 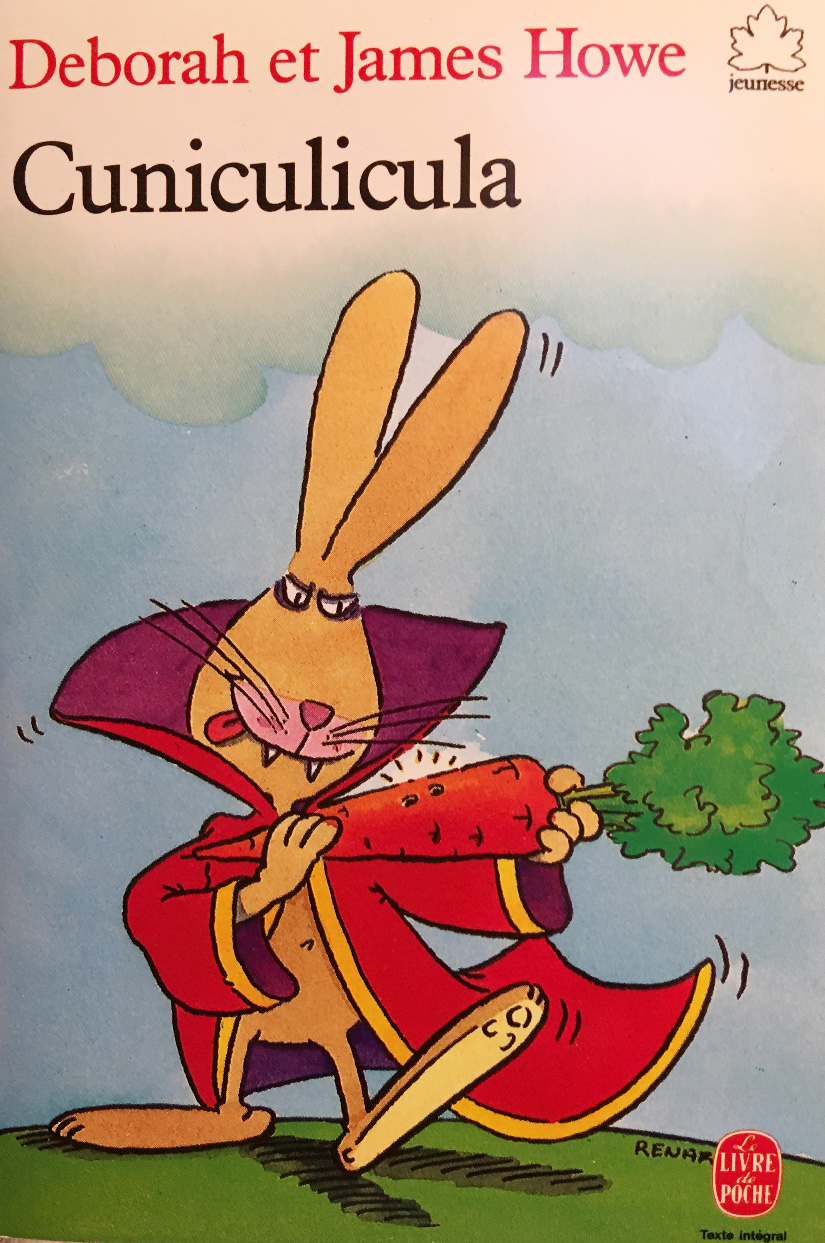 Another very different look for Bunnicula: the Korean edition, 2004, illustrated by Sungnam Kang 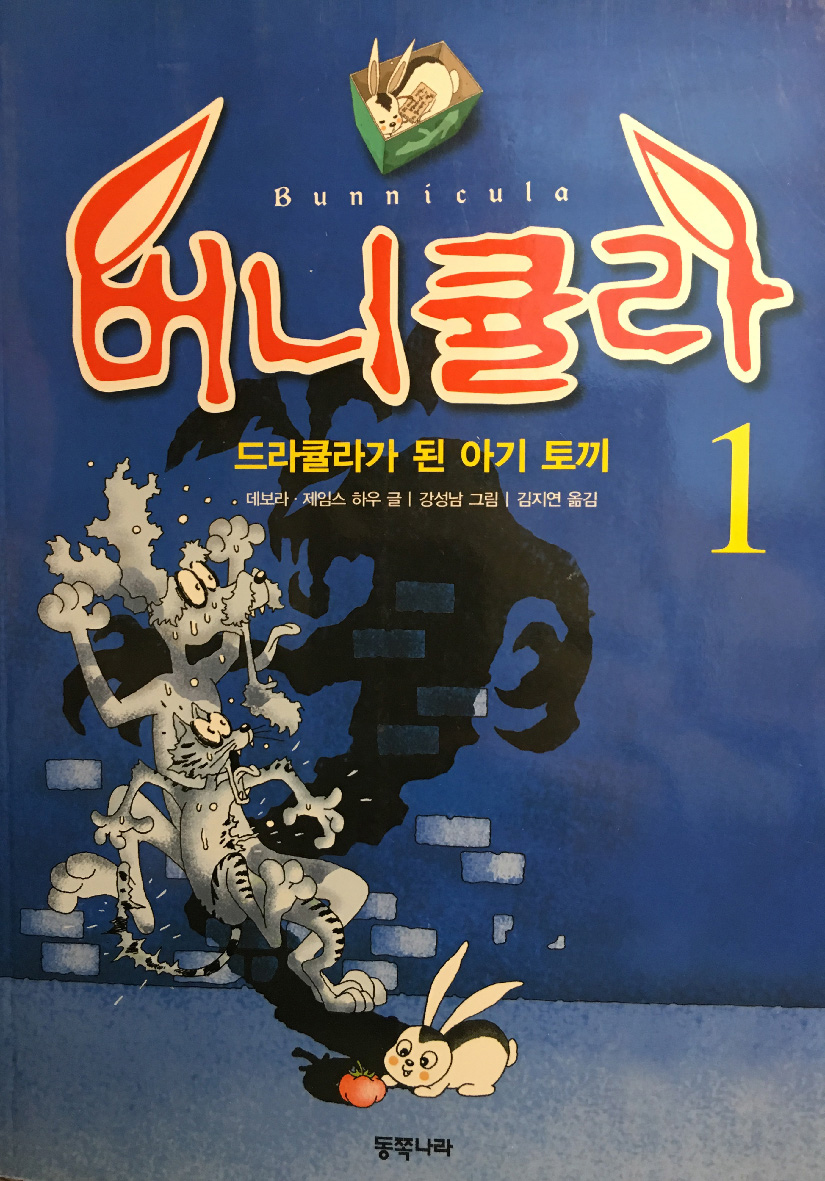 Bunnicula sequels (there are seven Bunnicula books to date) have been embraced by readers, including the most recent: Bunnicula Meets Edgar Allan Crow. 2010 edition, jacket artist C.F. Payne 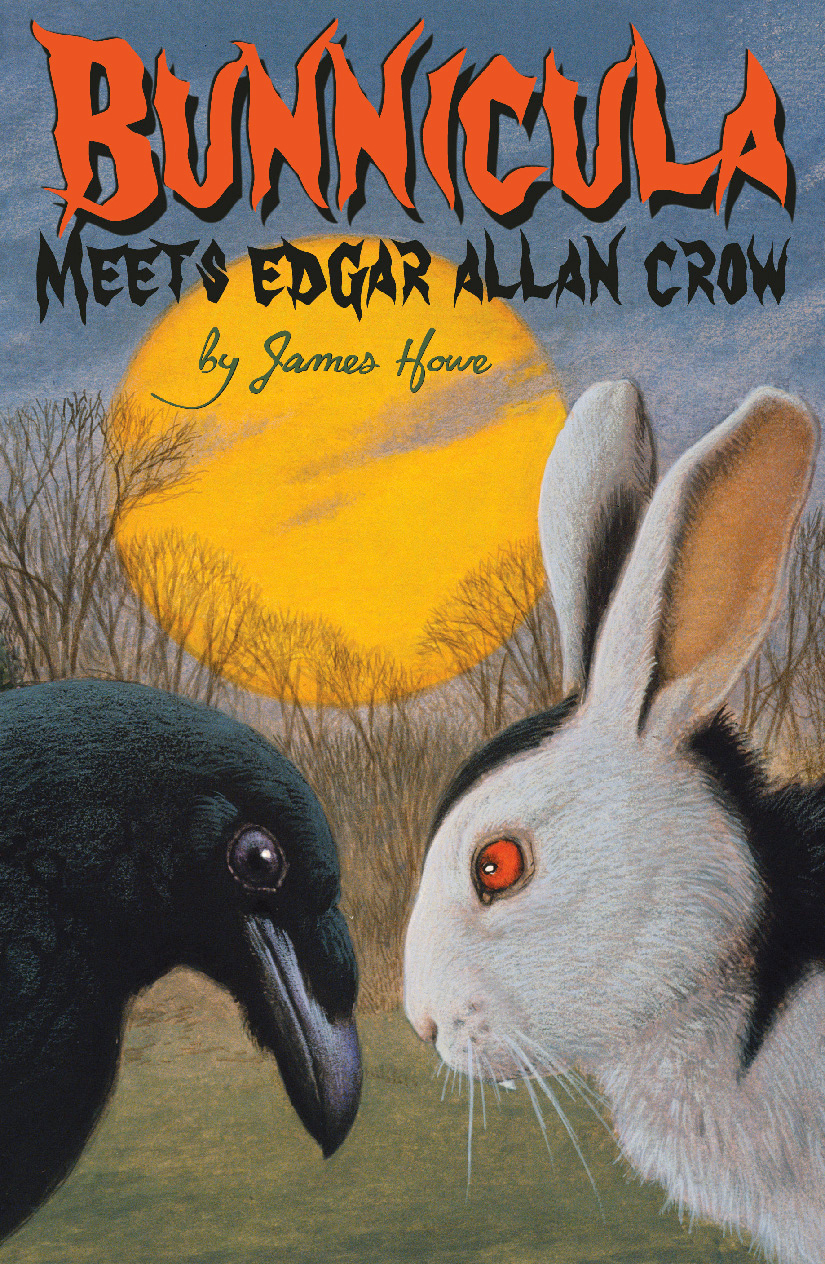 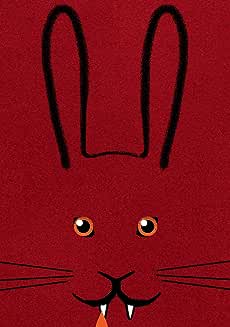