Mark Millar Gives the Spy Genre a Kick in the ... Pants 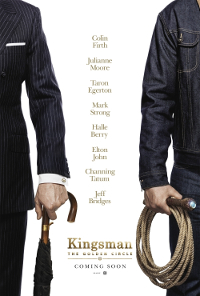 If you like to be surprised by comics, you’ll like Mark Millar. The creator behind one of the most popular and subversive Superman stories, Red Son; the shockingly brutal Kick-Ass; and the comics on which 2015’s spy film Kingsman was based, Millar has a boundless ability to give readers (and now viewers) a jolt with every page turned.

On the eve of the theatrical release of Kingsman 2: The Golden Circle, Millar talked to us about spawning improbable heroes and reinvigorating the spy movie genre.

Amazon Book Review: From Kick-Ass to Kingsman: The Secret Service, you seem to have an affinity for unlikely heroes. What appeals to you about that kind of hero?

Mark Millar: There’s nothing interesting about a hero that starts off cool. Superman was a baby who lost his entire planet in an environmental disaster. Batman was an orphan who decided to get over his grief by turning his basement into the world’s biggest toy box. All the best heroes have unlikely beginnings. The guys who start off cool tend to be the villains in comic books.

You’ve written stories for more traditional heroes as well, when you worked on Captain America, Wolverine, and Superman—but you’ve always given them your own spin. How do you convince others to hand over the reins to iconic characters and let you take them in directions they haven’t been before? 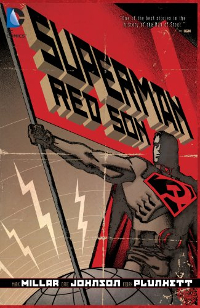 It’s an undeniable fact that taking the characters somewhere they’ve never been before creates the most sales and most interest. Batman as a 55-year-old alcoholic in The Dark Knight Returns, Superman as a Stalinist in Superman: Red Son, the Avengers all working for George W. Bush and invading the Middle East on behalf of their paymasters in The Ultimates all have an interesting hook. Readers want something new. Comic readers in particular. We’ve seen it all so it’s always great to see something fresh, and the rewards are there because the more radical material tends to last the longest with even the most conservative characters. Someone once said to me that the good soldiers are always the first to die. It’s best to be a troublemaker.

How did Kingsman: The Secret Service come to be a movie? And how much involvement did you have in the actual film creation? 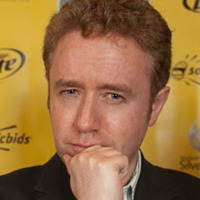 Kingsman happened because Matthew Vaughn (the director) and I were both having a pint in a break on the first Kick-Ass shoot, bemoaning the fact that all the spy movies were so terribly serious now. We missed that Roger Moore era fun. We’d each wanted to do a spy project about a super-spy being trained and we just spitballed, coming up with some good stuff. Then I went off and did the comic and sent it down to him. He was shooting X-Men: First Class at the time and fell in love with this, but was committed to X-Men: Days of Future Past, so it would have to be the movie after next for him. Then three different directors read the comic back in 2012 and started pitching it as their own thing around town. One of the bosses at Fox called up and told us. They couldn’t believe it. So Matthew jumped off Days of Future Past and immediately started on Kingsman. The movie was shooting around eight months later!

For the first Kingsman film, did you have any challenges making sure your vision on the page was mirrored on the screen?

No, we all have very similar tastes and sensibilities. It’s why we all work so well together.

What was different this time around with filming Kingsman 2: The Golden Circle?

Well, Kingsman was a bigger hit than I expected, and I’d already committed to the next two-to-three-years’ worth of projects elsewhere, so I didn’t have time to write a sequel. I’ve hired a brilliant writer called Rob Williams to do one now, but although this was conceived as a series, I never actually did a second book and so the new movie is an original story. As a producer I have input in the movie as it goes along and especially at the editing stage, where they get me down for notes and little re-shoots here and there, but this is very much their own story, just using the world and characters from the first one.

If someone hasn’t read your stories before, which work would you steer him or her toward first? 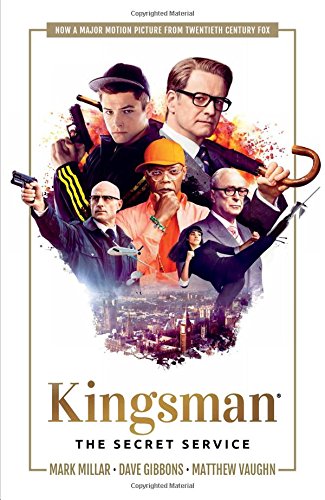