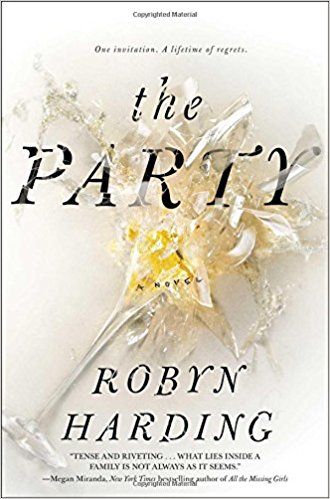 Robyn Harding's The Party, which was a June Best of the Month pick in Mystery, Thriller & Suspense, is the story of a Sweet Sixteen party that you wouldn't want a loved one to attend (and probably not your enemy). As Harding describes it, the party "goes horribly wrong." We're always curious where writers get their ideas, especially ones like this, so we asked the author to tell us:

My novel, The Party, about a sweet sixteen sleepover that goes horribly wrong, was inspired by my own teen-aged children. Thankfully, I’ve never hosted a birthday party where a child got drunk and was maimed, but underage drinking is a relevant issue in my life. My kids are regularly invited to parties. As a diligent mom, I always ask two questions: Will the parents be home and will there be alcohol? Frequently, both questions are answered in the affirmative.

There have been numerous cases in the media where parents have been held culpable for a night of teen drinking gone awry: rapes, car accidents, fights, alcohol poisoning…. But still, many parents adhere to the adage, “They’re going to drink anyway, I’d rather they do it at home.” Not me. Maybe I’ve watched too many Dateline episodes devoted to this issue, but I’d be far too paranoid to let kids drink under my roof. But it got me thinking about how a family would deal with the worst-case scenario of minors drinking at home. How would it impact the parents? The kids? The entire community?

In my novel, I wanted this catastrophic event to happen to a perfect family: wealthy, attractive, with nice cars, clothes, toys…. Kim and Jeff Sanders look good on paper, but they have secrets and problems that the neighbors don’t see. How would an already tenuous marriage survive this kind of incident? Would it bring the tense couple closer together or drive them apart? I also wanted to explore the effect this incident would have on the mother-daughter relationship. As a parent, Kim Sanders is strict and doting. She thinks she has raised an exceptional daughter in Hannah, an accomplished pianist with good grades and sporting prowess. Kim sees her child’s experimentation with alcohol as both a personal failing and a betrayal. 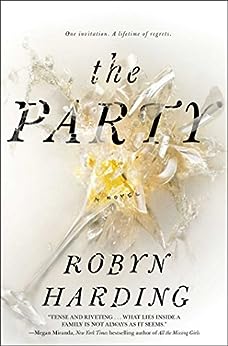 I can relate to Hannah Sanders. When I was a teenager, I did well at school and followed my parents’ rules, but I wanted to be wild. I flirted on the periphery of trouble, never quite brave enough to be a full blown bad-girl, but wanting, desperately, to fit in, to be cool, to be part of the in-crowd. Of course, all my efforts were kept far away from my mother’s prying eyes. It seemed to me that, to be a cool kid, you needed cool parents. In The Party, Lisa Monroe, mother of accident victim, Ronni, is a cool mom. She understands that kids need to experiment, to push boundaries, to test their wings…. But in the novel, the results of this parenting style are disastrous. When her only child is hurt, Lisa turns vicious. Old insecurities, latent jealousies, and long-buried fears are brought to the surface.

The characters in my novel are greedy, vindictive, and will stop at nothing to protect their own. The tragic accident brings out the worst in this superficial, materialistic crew. Some readers will hate them, but I actually pity these people. In their quest for perfection, the Sanders and Monroes have lost touch with what is truly important in life: love, connection, authenticity…. If they were kinder and more compassionate, the disaster at the party could have been handled in a more congenial manner. But… that would make for a short and boring novel, wouldn’t it?