Stacey Levine on Writing, Spying, and "The Girl with Brown Fur" 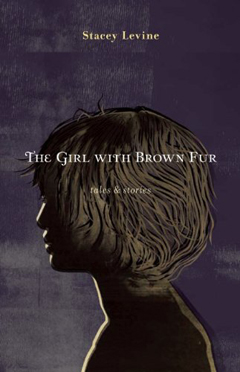 I first encountered Stacey Levine’s fiction at an “anti-Associated Writing Programs conference” being held across the river from the AWP Conference in Vancouver a few years back. We were both reading at the anti-conference, while also, I believe, hedging our bets by presenting at the real conference. The anti-conference was held in an old building outside of which they’d blown up a kind of red sausage-like, three-story-tall balloon. Okay, I thought, that’s interesting. Inside, in the middle of the main space, they’d installed one of those blow-up castles for kids with all of the little balls inside. Only, there were a bunch of adults bouncing up and down instead of children. Well, that’s not something you see every day, I thought.

The readings were held on either side of the huge bouncy thing whose official name I knew not (having at the time no seven-year-old), so as you intoned your fictions you were almost in fear of subsumed by it. They also piped in either audio and video of the reader on the opposite side of the bouncy thing, which was slightly disconcerting.

So when I say now that Stacey Levine’s reading captivated me, I can say it with confidence, because there were a few…distractions. What I was most struck by was the uniqueness of Levine’s vision, the hint of strangeness, and the quality of the writing. Sure, you could perhaps compare some of what Levine does to Kelly Link, Aimee Bender, or even George Saunders, but she’s pretty much sui generis. You read a Stacey Levine story because you want to read a Stacey Levine story.

Now Levine has a new collection out, The Girl With Brown Fur: Tales and Stories. It’s another mind-bending experience, with story titles like “Milk Boy,” Parthenogenetic Grandmother,” “The World of Barry,” and the innocuous-sounding but wonderfully strange “Sausage.” The authority of the writer’s voice comes through with a welcome clarity from the first sentences of stories like “The Wedding”: “Hallo. I’m a fool. I married Mike Sump. We had a green-colored wedding. I was sick, the whole room turned green. They took me home. Was I married, I wanted to know, looking up at them.” Another story, “Ears,” demonstrates the same aplomb for picking up in mid-stream: “Naturally this man was the most sensitive part of society, the tip, edge, the peninsula that wants so badly to thaw.”

It’s an important skill, being able to toss the reader, with practiced experience, into just the perfect part of the narrative--because most of the stories in Levine’s collection are short and could not sustain their power with much folderol, like characters getting up in the morning and yawning before padding down to the kitchen to make some coffee. No, Levine’s precise, off-kilter in a way that makes you re-assess the real world, and almost all of her fictions have an edge. Armed with their own brand of measured absurdity, Levine’s stories easily cut through even the chaos of events held in the menacing shadow of huge bouncy kids’ entertainment facilities.

I interviewed Levine via email to ask her about her inspirations, influences, process, and, um, as it turned out, spying. 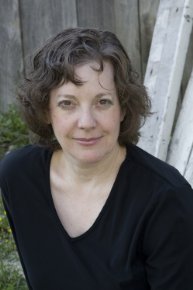 Amazon.com:: When did you first realize your world view might be a little unique?

Stacey Levine: I don't think it came out until I started to write, in my late 20s. However, I am blown away daily by the uniqueness of other people's expressions, worldviews, and opinions. Sometimes when I shouldn't be. I am extremely impressionable.

Amazon.com:: What are common entry points or sparks for stories for you?

Stacey Levine: Evocative music with lyrics that merely suggest a hint of a plot. Or moments of human connection that are indescribable. A New York Times science article. A walk at night, when you can look (at least I do) into the lighted windows of people's homes, then catch a whiff of a potential domestic scenario. I think Duras said it best with something very close to: "Go anywhere, lay your eyes on anything, in order to enter the mystery in life that authentic writing seeks to express."

Amazon.com:: You often write in a surreal but very precise way. Can you talk a little bit about the use specific detail and the role of surrealism?

Stacey Levine: Somewhere in current indie/artistic trends is the injunction: it's good writing if it's flat and random. I don't agree. I think there has to be a component of rigor and precision… and a sense of tension between loose playfulness and the specifics of what the writer's trying to communicate. Why use language if not to capture something extremely pinpointed and precise? That, of course, is completely at odds with the original Surrealist line of thinking.

Amazon.com:: How autobiographical are your stories?

Stacey Levine: Sometimes they are partially autobiographical. I haven't been punched out and my grandmother obviously wasn't born in a cedar log in the forest, but still. I always want to blur away the boring details of my life--fiction is so much more interesting--in favor of tone, sound, the act of destroying clichés, or inventing a metaphor that describes an experience from the inside. So for me, the sausage factory [for example] isn't a metaphor--it's a real description of a workplace. In my mind, the comparison is cut away, and the metaphor becomes reality.

Amazon.com:: What influences do you think readers might be surprised by?

Stacey Levine: Lots. I love reading boring pamphlets and old children's books, just to see how they've put the language together. I've sought out influences that are non-literary and just fall under the heading "life experience." Weird, short-term jobs such as working for a PI. I'm a really good skulker/observer. I think Joan Didion once said about her journalistic work that, as a small white woman, no one ever noticed that she was standing around, observing important people and writing things down. In the same general vein, I notice that no one notices me. It's great for spying and finding overheard dialogue. I've read a lot of psychiatric case studies--that is probably clear. Sometimes a prompt for a short story comes from an editor. I got a message from the fiction writer Benjamin Weismann: "Can you submit a story for a psychosexual ski journal that I'm starting up?" So I was like, "Uh, ok."

Amazon.com:: How much revision do you typically do?

Stacey Levine: I don't write drafts, really. It's all just constant adds and revisions. I couldn't even show you a draft until a week before the piece is done (or "done"). A draft is for an organized person whose writing moves forward readily. I try to glue fragments together for a long time until they seem to fit. It's easy to remember spending a year and a half on a seven-page story. But I find that completely gratifying. What else is time for, if not something that you're in love with and truly happy with every detail?

Amazon.com:: Is there a problem child in this collection? A story that caused you all sorts of difficulties before you “solved” it?

Stacey Levine: YES. The story called "The Cat," which I just hate. The original editor of this book persuaded me to leave it in for the sake of tonal variety. It's not something I ever want to read again. I think it's sentimental.

Amazon.com:: In the short fiction you read, what types of things do you love and what tends to turn you off?

Stacey Levine: I do love reading classics and timeworn North American fiction, but I am turned off by stolid, lushly-described, mid-20th Century conventional novels by men.

Amazon.com:: What’s the difference between a tale and a story?

Stacey Levine: I love how the poet Barbara Guest described it: "A tale comes to us with an antique finish." There's a sense of an entire culture's unconscious wishes in old fairy tales, and the sense of another country. Some contemporary fiction feels like the reporting of the facts through a narrator's prism and has throwaway topical details in its settings, like "the fridge," or "I jumped into my Acura," or "We drove to the Crate & Barrel," with an earnestness that's puzzling to me, but a tale has an ancient permanence and dimensionality to it. I like to make fiction that is a mixture of both the old and the new, and maybe I strive to create tales out of wholly contemporary material, but I'm excited when authors revive the tale even through literary works about vampires or fairy-tale retellings. Wolves, powerful girls and boys, strange futures, peculiar helpers, the erasure of topical references…those are some signs that you've entered a tale.

Amazon.com:: If you weren’t a writer, what would you be?

Stacey Levine: A musician or dancer. It is 75 percent about rhythm.