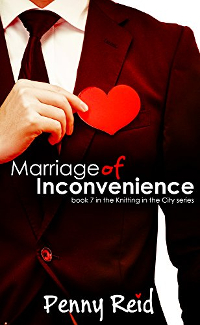 I always feel a frisson of excitement when I learn a talented writer lives nearby, with the frisson strength level equivalent to my belief in their genius.

So you can imagine the frisson that hit me when a colleague at Kindle mentioned that independent author Penny Reid was a Seattle resident. Yep: 9.2 on the Richter scale.

Penny Reid is the author of the Knitting in the City series, the Winston Brothers series, and more, creating laugh-out-loud stories around intelligent people who fall in love...sometimes against their best intentions.

I met up with Penny at a cafe (of course: Seattle, you know), where we talked about smart romances, writing outside the box, trends in romance, and what she's been reading lately.

Here's an excerpt of our conversation:

Amazon Book Review: Why do you write romance?

Penny Reid: It all goes back to the bet.

And it was fun! It was just a lot of fun to write that tension, which is different than the tension in science fiction and fantasy [which I'd been writing], which are a lot more plot driven and not as character-driven. And so I guess the reason that I write romance and that I continue to is because I enjoy the character study of character-driven stories. 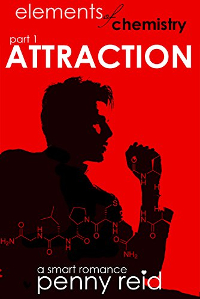 When I wrote "Elements of Chemistry," it was a scientific experiment in a lot of ways because I was trying very hard to write a very typical kind of character, this kind of a-hole, new adult billionaire character. All kinds of tropey goodness. Her character was supposed to be a nerdy girl, and I was trying to put them together. What I found was that, realistically, that's never going to happen. Because a smart, dorky, funny girl is never going to put up with that kind of BS from that typical cardboard cut-out male character. And so they were never going to work out. He had to become human, and change who he was, in order for that story to work. So that's the cool thing. You get to play with people, rather than situations.

Can you talk a little bit more about "smart romance"? There was a flurry on Twitter a month or so ago about smart romances, with the question essentially being, "If one calls a romance 'smart,' doesn't that mean that you're saying other romances aren't smart?"

Oh, yes. This is fascinating to me. I believe that we should be able to talk about our strengths without making the assumption that we're tearing other people down. So that [comment] seems super silly to me…. If you're looking for a book about intelligent people, and that's also a romance, you can read my books, because that's what they are about. But under no circumstances does that mean that I am implying--nor should you infer--that somehow I'm putting other people down.

And so this idea that women can't play to their strengths is not just enforced or reinforced by the patriarchy, it's also reinforced by other women.

Why do we do that, as women? Why are we always so focused on thinking "What do your words say about me?" They don't say anything about you. I'm just talking about myself! Why are so afraid to talk about ourselves and play to our strengths? We should be doing that to other women, encouraging them to talk about their strengths. Because maybe if we encouraged each other, then we wouldn't feel so threatened when people do it.

Speaking about trends in the romance genre in general, I'm seeing a drift away from small-town contemporaries toward urban-set contemporaries, in which women have moved to the city to have careers. When those women enter relationships, their career is part of what they think about.

You know what's interesting about that statement is that when I started writing the Knitting in the City series, a lot of publishing houses were not interested in it because it took place in the city. And it had women with careers. And it was a goal of theirs to have a career that fulfilled them as a human being. And a lot of the comments I got back were like, "That's just not the readership of romance. Romance readership is not just women who have careers out it the world; it's women who have careers at home: staying home and taking care of the house and taking care of the kids. Those are the people who read romance. And so they don't want to read about women with careers." Well, I think that's actually super silly. Because that's like saying a woman with an office career would never want to read about a woman who stays at home. That's just nuts. Those blanket statements irritate me to no end. 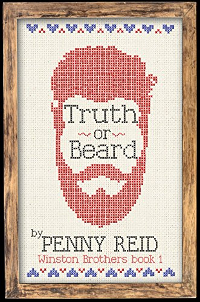 Romantic comedy is starting to really pop as a genre, too.

Which is very similar to what you write! [Laughs]

[Laughs] I do happen to write romantic comedy.

You're a trailblazer, in fact.

It's funny you say that, because I saw that a publisher put out a request for proposals and they listed my name, as in "Do you write books like [Penny Reid]?" And I thought, "That's hilarious, because you were turning my books down four years ago," and now they're asking people to submit books like my books…. That's something that does frustrate me about traditional publishing, in that they are very much like, "What box do you fit into?" I don't fit into any of your boxes. I just want to write a good story. And I don't want to write to anybody else's box. I want my own box. I want the Penny Reid box.

Now there's an author out there who's thinking, "Why are they telling me to write like Penny Reid? I write like myself!"

You cowrote a rugby romance series with L.H. Cosway. What was that like? 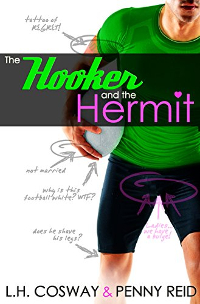 Oh, my gosh, that was so much fun. I'm such a fan of L.H. Cosway's books. She's from Ireland, and she writes these very Irish characters. I guess I write very American and very US characters. We met each other and just fell in love with each other. It was like we were old friend when we met for the first time. Both of us are super antisocial, but for some reason we were social with each other. We were joined at the hip.

We met at a signing in Edinburgh. I had told her about a book idea I had about a blog where a woman picks apart men's fashion choices the way that stupid E! TV show does to women who walk the red carpet…. And we were sitting across from each other and we were talking about it, and she was like, "Oh yeah, it could be an Irish rugby player." And I was like, "Let's write it!" And we decided to do that, and we had so much fun because we crack ourselves and each other up. We thought it was the most hilarious book.

It is like taking a vacation every time we write a book together. Whenever we write a book together, she sends a chapter and I laugh, and I respond to it and I send it to her, and then she laughs. And neither of us have any problem at all with criticism. Sometimes she'll send something back and say, "That's garbage. Rewrite it." Or she'll say, "You should go in this direction instead." And I'll do the same thing to her. We just assume that criticism is kindly meant for our own improvement rather than a way to tear us down. We just get along really well. It's fun.

What books have you read lately and enjoyed?

I'm embarrassed to admit this, but I just read The Martian [by Andy Weir]. And it was so good! I feel like I should go around and tell everybody about it, but I think everybody has already read it except for me.

I'm going to start writing some cozy mysteries about one of my couples that seem to be popular with my readers. And I've never written a cozy mystery before, and I've never read it, so I've started reading Jana DeLeon's cozy mysteries--the Miss Fortune series. And they're just delightful. They're so well written and they're just great. They leave you with a good feeling because you're laughing and that kind of thing. I read a historical recently that was really good: The King's Man [by Elizabeth Kingston]. It's medieval-set. It's about a woman who dresses up as a man, and she's her clan's best swordsperson. She has this natural gift, and she's an incredible fighter, and she fights the king's best fighter. Reading that scene…was like the Wonder Woman scene when the Amazons are riding out on the beach and they're warriors. It was great to read. I have a signed copy. I told the author that I was going to give it to someone else, but I decided to keep it for myself because I liked it so much!

Oh, one more: There's an author, her name is April White, and she wrote a series called the Immortal Descendant series that's kind of paranormal but it's more urban fantasy. But then she wrote a spinoff about one of the characters named Ringo, and it's Sherlock Holmes-esque. It was fun and good, and she does so much research for her historicals. The first book is An Urchin of Means.

The next book from Penny Reid is Marriage of Inconvenience, book 7 in her Knitting in the City series.