An Interview with Elizabeth Hartley Winthrop, Author of "The Mercy Seat" 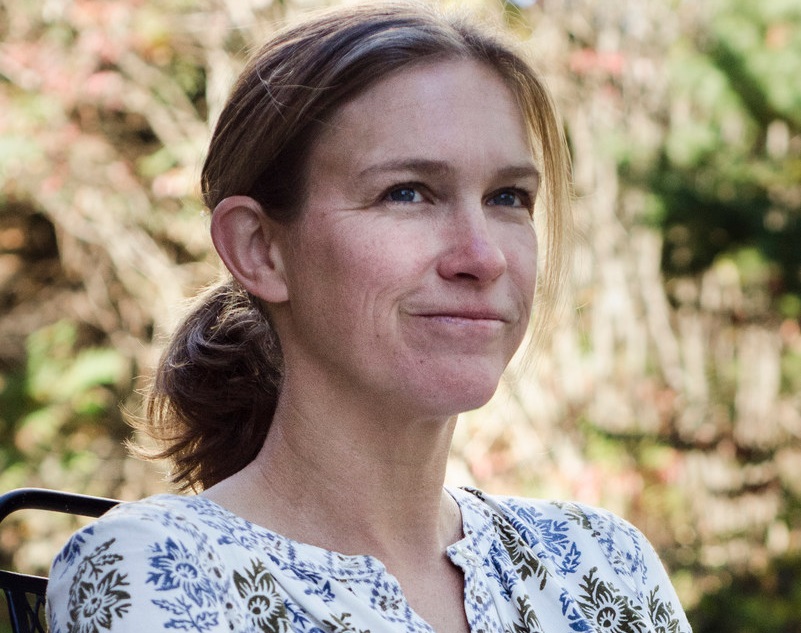 Some novels seem to set your soul ablaze with an author-induced explosion of empathy for our flawed, beautiful world. The Mercy Seat does just that. Elizabeth H. Winthrop sets her astonishingly moving novel over nine hours leading up the scheduled execution of Willie Jones, an 18-year-old black boy convicted of raping a white girl. But in 1943 Louisiana, justice is is not so much blind as it is bigoted.

Narrated in turn by nine characters, Winthrop's story has the inexorable pace of a thriller; her writing of voice and character is masterful. And like the best fiction about the past, The Mercy Seat speaks to the challenges of the present. It's an astonishing feat, and it was a pleasure to interview this four-time novelist for the Amazon Book Review.

Sarah Harrison Smith: You tell your story through the perspectives of 9 different characters. What are the advantages of that structure for you as a novelist?

Elizabeth H. Winthrop: I have always been interested in exploring multiple points of view; three of my four novels are told through the perspectives of a number of different characters. I find it interesting to examine how different individuals can have wildly different understandings and experiences of shared events, and how this can often lead to misunderstanding and miscommunication. I think the tension between the spoken and unspoken, the private and communal, has the ability to add to the emotional power of a novel, and it fascinates me as a writer. 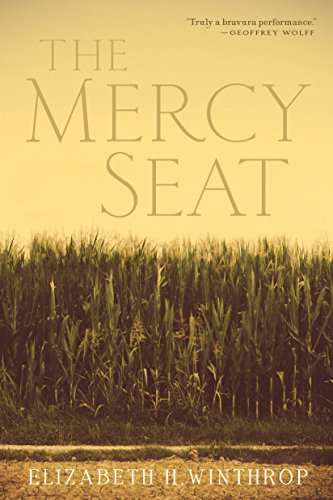 While I’ve always been drawn to multiple points of view, the maximum number of perspectives included had been three until I wrote The Mercy Seat, which has nine. For this particular novel, I think such a structure is interesting for the reasons stated above, but also advantageous. First, it works to show how the main event—the impending execution—affects not only the condemned man and his family, but the community at large, which was one of my main interests. Second, I think the structure heightens the horror of the story by laying bare the complex web of connection just below the surface of each character’s individual experience. The reader is privy to everything, whereas each character only knows what is happening in his or her own particular version of reality, so that while reading one character’s perspective, the reader knows what is happening concurrently “off-stage,” which often is nothing good for the oblivious character. My hope is that this has the similar effect as a horror movie, where the audience knows the bad guy is in the closet and wants to scream out and warn the woman who is about to open the door, unaware of what lurks within.

What were the challenges of setting a novel in 1943 Louisiana? How did you get past those difficulties?

I lived in Savannah, Georgia for ten years before moving to Massachusetts, and during that time I took a lot of roadtrips through the south, which became familiar and close to my heart. There’s something timeless and frank about the landscape that haunts me, and I knew, when I moved back north, that I wanted to set a novel in that world, if only to spend time there in my imagination since I was no longer there in person. And so setting the novel in Louisiana was less of a challenge than setting it in 1943, a time of which I have no experience and had average knowledge. How much did gas cost? What kind of cereal did they have? How did blacks and whites get along? How specifically did Jim Crow affect society? How frequently did lynchings take place? What was going on in terms of WWII? What kind of candy did they have, and were the wrappers plastic or cellophane? It wasn’t difficult to research the answers, which were often interesting, and, in terms of racism, almost always unsettling.

The action of this novel takes place over the 9 hours leading up to the planned electrocution of Willie Jones, and the immediate aftermath of the event. Focusing on that short period lends great intensity to the plot. Have you used that structure in the past? Did you try other formats in early drafts? Were you inspired by other novels or plays using that device?

As I am often drawn to writing from multiple points of view, I realize now that I am also drawn to limiting a novel to a specific amount of time. Fireworks and The Why of Things are both limited to a single summer, December to the month of December, and The Mercy Seat until midnight. It’s been a subconscious decision, really. I think it’s because none of my novels were intended to be novels, but rather grew out of single short stories, and so in none of them did I know where I was going or how things would end. So I guess I gave myself a time limit (summer, month, till midnight) by which I’d have to wrap things up, however that was going to happen.

Bryan Stevenson’s Equal Justice Initiative and his book Just Mercy, have raised public awareness of contemporary injustice in the criminal justice system. How different do you think our current day is to the era when your character, Willie Jones (and Willie McGee and Willie Francis) were convicted and sentenced to death? Did you have current-day injustice in mind as you wrote about the 1940s?

Just Mercy is a brilliant and inspiring book that makes me want to switch careers, go back to law school and become a lawyer. More inspiring than the book is Stevenson himself, who has become one of my heroes.

But to the question—sadly, I don’t think our current day is as different as we like to think it is from the Jim Crow era. While the initial catalyst for writing The Mercy Seat was my fascination with the existence of a traveling electric chair, the closer I got to the material and the more research I did, the more interested I became in exploring the surrounding issues of justice, race, and capital punishment.

Racism deeply infected both society and the justice system during the time in which the events of The Mercy Seat take place. The Jim Crow laws that governed society were a codified system of racial apartheid throughout the American south. Anti-miscegenation laws outlawed not only interracial marriage but intimate relationships of any kind across racial lines.

Racism was pervasive also in the justice system, not least in terms of rape, the crime for which The Mercy Seat’s Willie Jones was wrongfully convicted. Until 1977, when the Supreme Court ruled death for rape as a cruel and unusual punishment, rape was a capital offense in eighteen states, sixteen of them in the South. Of those men put to death for rape, nine out of ten were black. The state of Louisiana, where the novel takes place, executed fourteen alleged rapists between 1930 and 1967, all of them black. Members of the community often took matters into their own hands in the form of lyching. These often occurred as a result not of a “crime,” but of a breach of “racial etiquette;” one fifteen year old black teenage boy, for instance, was lynched for sending a love letter to a white girl.

These facts and figures disturbed me. I started work on The Mercy Seat around the time the the Black Lives Matter movement started to call international attention to the systemic racism prevalent in the US, as specifically evidenced by a long string of instances of unwarranted violence by white police against young black men. Eric Garner was killed in July, 2014, Michael Brown in August, 2014, Tamir Rice in November, 2014. In 2015, Walter Scott and Freddy Gray were both killed in April. Philando Castile and Alton Sterling were killed within days of each other in July of 2016, and in April of 2017, Jordan Edwards was killed at age 15. These murders brought to light again the racism that, despite the repeal of Jim Crow laws and despite the Civil Rights movement, is still woven tightly into the fabric of this country.

The death penalty was also making national headlines as I worked on The Mercy Seat. While I was editing the section of the novel in which Willie Jones is put into the chair, the state of Arkansas was rushing to attempt to execute eight men in eleven days.The rush was because the state’s supply of Midazolam, one of the three drugs administered during a lethal injection execution, was set to expire at the end of the month (April 2017). Stacey Johnson and Ledell Lee, both black men accused of raping and murdering white women, were sentenced to death despite questionable evidence, poor legal representation, and without being given the chance to have decisive DNA evidence tested. Johnson was given a stay of execution; Lee was killed on April 21.

Three of the other Arkansas executions demonstrated how flawed the death penalty can still be today, as it was with the chair of the ’40’s and ’50's. Jack Jones and Marcell Williams were executed back to back on April 24, and according to witnesses, in each instance prison officials struggled to find a vein, and both men displayed movement long after an efficacious dose of Midazolam should have rendered them still. On April 27, Kenneth Williams lurched, coughed, convulsed and jerked for minutes after the Midazolam was administered. As I followed the events in Arkansas, I learned of other botched executions, such as that of Clayton Lockett, whose lethal injection in 2014 was so poorly executed that he ultimately died of a heart attack in a pool of his own blood, and most recently, in November 2017, the attempted execution of Alva Campbell, was called off after authorities failed to find an adequate vein.

In writing The Mercy Seat, I did not seek to add to a national discussion, but it evolved in such a way and in such a climate that it organically engaged with the national discussion, in terms of race, justice, and capital punishment. Racism is not a historical fact; it is our legacy as a society and it cannot be separated. Capital punishment is no less humane now than it was at any point in history, whether by hanging, electrocution, lethal injection, or firing squad.