The Best Science Fiction and Fantasy of 2017 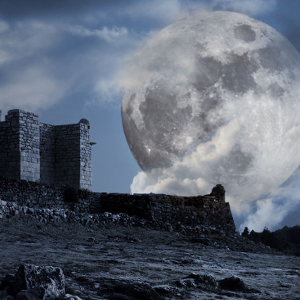 Artificial intelligence, angels fallen to earth, Loki, murderbots, apocalyptic doom, and a leap in evolution are among the highlights of this year's best science fiction and fantasy.

Every best-of list like this has its own criteria for a book's inclusion, whether it be formally written out or lurking in the back of the editors' minds. For my part, I wanted to put a spotlight on stories that were willing to stride down a less-beaten path while still thriving on the core values of heroism and derring-do that draw us to read science fiction or fantasy.

Every year it's nearly impossible to winnow the list down to only 20. This year, thirteen of the 20 are either standalone books or start a new series, and the other seven books continue series that you'll thank yourself for plunging into (but start with book one!). Three stories are self-labeled for teens or young adults, quite a few more straddle the "coming of age" space where so much adventure can happen, and even a handful of books revel in the hard-won wisdom that middle-age brings.

Below are 10 of the 20 best books of the year, focusing mostly on standalones or series starters.

To see the full list, go to our page that lists all 20 best science fiction and fantasy books of 2017. 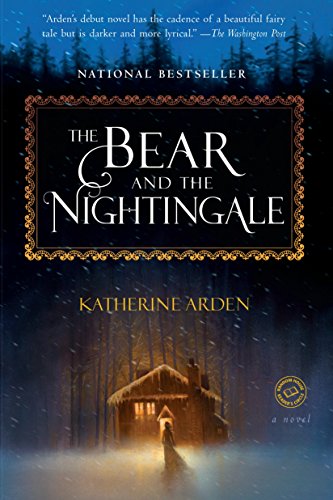 The Bear and the Nightingale by Katherine Arden - Arden's debut novel builds like a thunderstorm, with far-off disquieting rumblings that escalate into a clash between sprites and humans, ancient religions and new, honor and ambition. Set in the 14th century in the bitter north, a two-week ride from the rough city of Moscow, this mesmerizing tale centers on Vasya Petronova, a girl who barely survives birth and grows up with a secret affinity for the sprites and demons that live in and around her village. "A wild thing new-caught and just barely groomed into submission" is how her father imagines her, and he's not wrong. As her family tries to harness her into the typical domestic life of a young noblewoman, Vasya spends more and more time among the sprites and soon gets caught between two old and powerful gods struggling for domination over her part of the world. And while I think there are only a dozen or so novels in this world that have a perfect ending, I would put The Bear and the Nightingale high on that list. Book two, The Girl in the Tower, reaches readers on December 5. 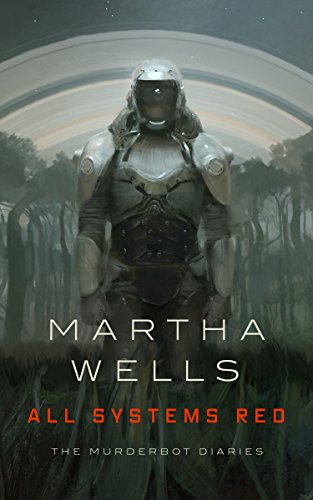 All Systems Red: The Murderbot Diaries by Martha Wells - A weapon-heavy security bot on a contract with surveyors sent to investigate a new planet, Murderbot (as it refers to itself) takes pains to conceal from the humans it's guarding that there's something different about it: Murderbot has disabled the function that requires it to obey any orders given or downloaded. All Murderbot wants is time to itself so that it can watch the thousands of hours of entertainment vids it's downloaded on the sly, but the sudden, ominous silence from the surveyors' sister camp knocks those plans awry. Tense action locks in step with Murderbot's march toward owning its personhood, imbuing the android with more character than other, far larger novels ever manage to do. A tight space adventure with a deep core of humanity, All Systems Red has become one of my favorite books this year to press into the hands of my fellow SF readers. 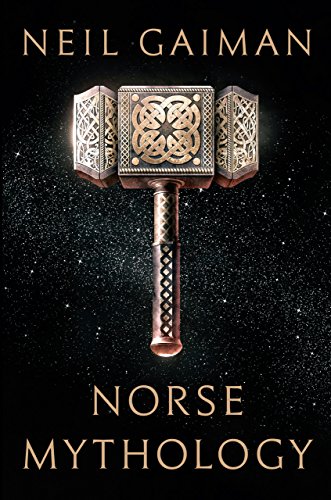 Norse Mythology by Neil Gaiman - Neil Gaiman putting his own fingerprints on the Norse myths? Cue the hyperventilation of delighted readers. That reaction is genuinely earned in this inventive retelling, as Gaiman darts between a Tolkienesque tone in the epic origin stories and his own bright wit in the tales centering on the adventures of Thor, Loki, and Odin. Those new to Norse mythology might be astonished by how bizarre some details are, while fans more well-versed in Norse myths should still appreciate the humor and spark that Gaiman infuses into the stories he has selected to retell, adding to the existing rich literature. Many who read Norse Mythology will make this volume their joyful leaping-off point into a strange and mesmerizing world of gods, giants, undead goats, betrayals, a slanderous squirrel, elves, dwarves, and Valkyries. And don't forget that ship made of the finger- and toenails of the dead.

The Hundredth Queen by Emily R. King - This tale of young orphan girls who are trained to be devout warriors—and then, disturbingly, are given to benefactors as servants, concubines, or wives—is ultimately one of strength and sisterhood. Sickly but spirited 18-year-old Kalinda is chosen to be the rajah's 100th and final queen, an "honor" she desperately does not want but to decline means death. A bubbling civil war and the deadly intrigues of the court complicate Kalinda's choices further, and King dials up the tension as the date of Kalinda's wedding grows closer. Powerful and innocent at once, this is a good pick for those who embraced the lessons of justice and generosity in Wonder Woman. 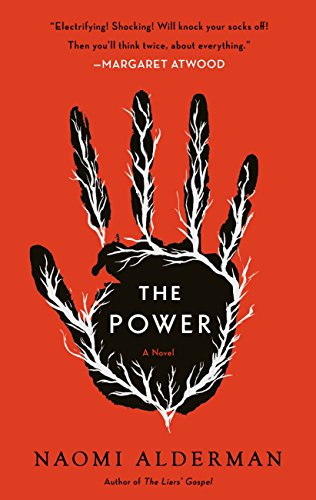 The Power by Naomi Alderman - Margaret Atwood calls this book "Electrifying!" and it's not just because in The Power young women have developed the ability to electrocute people, overturning the power hierarchy of the world. Girls and boys are sent to segregated schools, and female public officials are required to go through testing to make sure they don't have the ability because, oh my gosh, the world just might as well be over if women gain physical leverage over men. It would have been easy to write a strident and simplistic anti-man book—one that would be welcomed especially now, during a tsunami of sexual harassment scandals—but instead Alderman weaves more nuanced ideas into a thoughtful yet action-packed story, giving readers of The Power lots to consider and lots to thrill to. 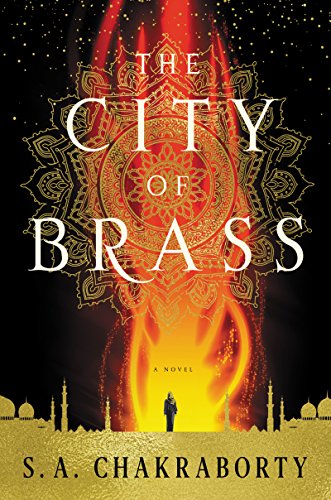 The City of Brass by S. A. Chakraborty - George R. R. Martin’s Game of Thrones meets Naomi Novik’s Uprooted in this marvelous debut fantasy about a young con artist from 18th century Cairo who learns that her mysterious parentage—and her ability to work small magics—might be connected to the nearly forgotten legends of the djinn, Suleiman the Magnificent, and the mysterious brass city of Daevabad. When Nahri accidentally summons Dara, a djinn warrior with a long and bloody past, she plunges both of them into the brewing animosity among the ancient djinn tribes united only by their disdain for their half-human offspring, who have few rights in the djinn stronghold of Daevabad. But not all djinn think the half-humans should be persecuted. Alizayd, the djinn king’s second son, works in the shadows to right wrongs even as surging tensions birth battles in the streets. Deep and gorgeous world building plus the political plot corkscrews caused me to happily ruminate on this book and its characters weeks after I finished it. I have a few quibbles—Nahri doesn’t have as much to do in the second half as in the first—but Chakraborty’s heck of a finale was both a surprise and felt completely right…and left me quivering with anticipation for the second book in the trilogy. 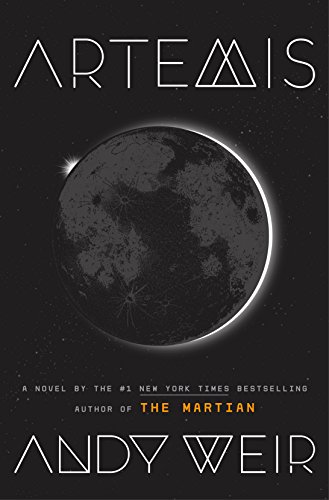 Artemis by Andy Weir - As in The Martian (the book, not the film), Artemis's strengths are Weir's plotting and the gee-whiz science facts leveraged to make survival more unlikely than guaranteed. Twenty-something Jazz has made a niche for herself as a reliable smuggler in the one and only small city on the Moon. When one of her clients offers her a sabotage job that will let her pay back an old debt, Jax pushes aside her misgivings...and the hijinx begin. For me, the weakness of Artemis is Jazz herself, who, like Mark Watney (in the book!), can come off sometimes as an infantile jerk. Still, there's quite a lot to enjoy about Artemis as a clever heist-gone-wrong-on-the-Moon story. 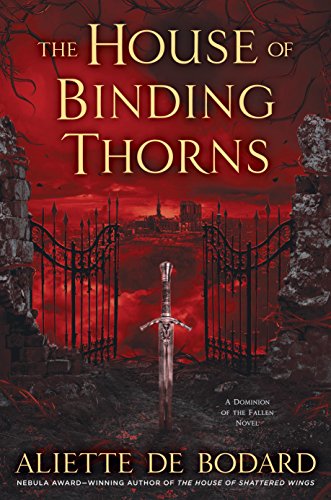 The House of Binding Thorns by Aliette de Bodard - The second book in the Dominion of the Fallen series is just as atmospheric as the first and shoves you right into the middle of the twisty political action in which fallen angels and dragons compete for people and power. De Bodard knows how to craft a deliciously tense story in which flawed characters with competing agendas keep you flipping the pages to find out what happens next—and her broken, dark Paris is the perfect setting. Fantasy and urban fantasy fans should start with The House of Shattered Wings with a happy confidence that book two is excellent as well. 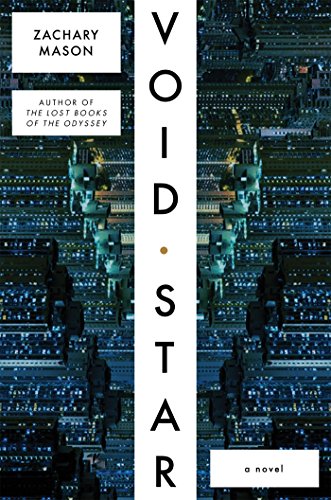 Void Star by Zachary Mason - In this near-future SF suspense novel, Irene’s neural implant and her ability to talk with machines makes her a much-coveted and very expensive tech troubleshooter, but her meeting with billionaire Cromwell sets off all sorts of subconscious alarm bells, as does the frightening glimpse of a wild AI she’s never encountered before. Void Star utilizes a deliberate, predatory pace more common to the most exquisite horror novels. A buildup of tiny tells, headlong plunges into the sharp-as-glass memories saved in Irene’s implant, and eerie snapshots of the strange and inexplicable hammer the tension into a near-unbearable drumbeat. But even as Irene crisscrosses the planet—sometimes on the run, sometimes on the chase—it’s the essential role of memories that gives this novel its heft, coaxing us to consider what we keep and what we leave behind in our own daily world-building. 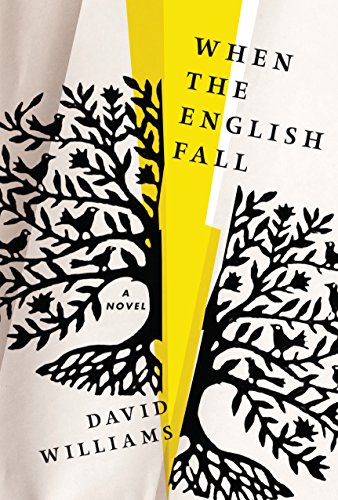 When the English Fall by David Williams - In this spare but tense novel, only the Amish have the skills and the food stores to survive after an unexplained event destroys most modern technology, causing planes to fall out of the sky and electricity to fail. Told through the diary entries of Amish farmer Jacob, the bubbling-up of anger and violence in the outside world slowly begins to affect the self-sufficient Amish, forcing them to rethink their relationships with the non-Amish and how they will stay true to their beliefs while under new pressure. A fascinating exploration of the corrosive effect of anger and the strength that can be found in holding true to one's beliefs, even if it leads to the harder path.