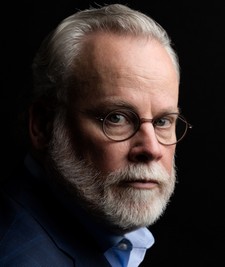 Former crime beat reporter-turned-novelist Michael Connelly is beloved for his detective series featuring Harry Bosch (Connelly is also the executive producer of the Amazon Studios original drama based on the character). The latest book in the series, Dark Sacred Night, finds Harry joining forces with the LAPD's Renée Ballard to solve the cold case murder of a runaway teen.

So what has Mr. Connelly been reading this year? See his picks and why he chose them below, and look here for the latest celebrity favorites. For even more recommendations, learn more about the Amazon Books Editors' picks for the Best Books of the Year.

The Butchering Art by Lindsey Fitzharris

Not a thriller but a book you can’t put down once you enter this dark, beautifully written story about the mistakes and advances that needed to be made in the nascent field of surgery. Gruesome at times but totally absorbing and important.

The Wife by Alafair Burke

Full disclosure; this is a friend’s novel but it is her very best work and while a wonderfully taut psychological thriller it is also a story that presages and gives context to the MeToo movement that would rightfully sweep through the world after this book was published. Burke obviously had her finger on the pulse of society and that is storytelling at its best.

Continuing private eye Isaiah Quintabe’s emergence as an iconic sleuth in the genre of crime fiction, I remain so impressed at Ide’s storytelling and exploration of places and issues writers like me have never even touched.