Bestseller Kim Harrison on “Into the Woods: Tales from the Hollows and Beyond” 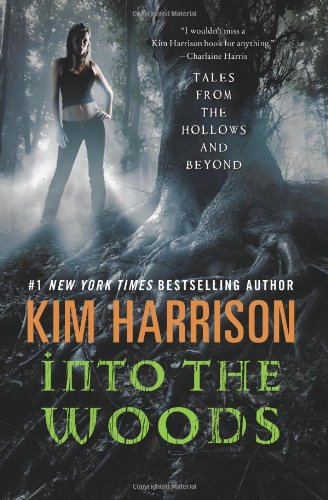 Although bestselling urban fantasy writer Kim Harrison is known for her novels, she also has written short fiction—now collected in Into the Woods, out tomorrow in trade paperback from HarperVoyager. Some of these stories contain situations and characters from her popular Hollows series. The tales here include an original Hollows novella, “Million-Dollar Baby,” about Trent Kalamack's secret elven quest in Pale Demon; two original short stories, "Pet Shop Boys" and "Temson Woods," that explore what happens when humanity and the supernatural collide; and two longer stories, "Spider Silk" and "Grace," set in new worlds of imagination and adventure. Into the Woods also contains all of the previously published Hollows short stories.

Harrison got her start writing stories when she decided to take a break from trying to write novel-length fiction “to try and get some writing credits in the short story arena.” She says she “never did make that first sale with a short story, but a few years after that the [novel I had been working on]—much edited, rewritten, and dived into two manuscripts—found publication, and I developed one of the short stories into Dead Witch Walking, which later became my break-out book.”

For Harrison, the basics of creating compelling short stories and novels are about the same: “interesting characters, new and logical magic systems, and an idea that will keep me interested from anywhere from a month to a decade. “

But she acknowledges that the “short story does have a unique set of challenges. The idea behind it has to carry ten times the weight of a novel’s idea because there’s simply not enough page count to get the reader invested in the character. Or…you have to work ten times harder to make that character so recognizable and sympathetic that he or she can carry the idea alone. I like to think that novels are about people solving problems and short stories are about ideas working over people, but that might be my early reading of science fiction and fantasy shorts popular in the late 70s and early 80s.”

Harrison says that the vast majority of her short stories have been used to flesh out secondary characters or introduce a chunk of interesting back story to the Hollows. “Being able to develop three entirely new stories outside the Hollows let me tap back into that original vein of creativity that a long-running series can stifle. I’ve long believed that the short story is where true mastery of the craft can be seen.”

She had particular fun with the novellas in Into the Woods. “I was able to bring out a few ideas that I’d been collecting over the past ten years or so, and play with them, inventing new magic systems, develop a new literary ‘voice,’ and hopefully bring a new maturity to my work along with a new setting. ‘Spider Silk’ let me touch on three generations in one short span, and I hope it has more of a psychological horror feel. ‘Grace’ was my experiment to see if it was character or world that moved me more, and I came away confident it was character. ‘Pet Shop Boys’ was a fun romp, trying to find that quirky finish that I loved so much in the shorts I read growing up.”

As for her favorite story in Into the Woods, it “depends on my mood, actually. If I had to pick one, it would be ‘Spider Silk’. I don’t think I did it justice, but just as my favorite character is the one who’s evolving the most, my favorite story is usually the one that is going to challenge me the hardest.”