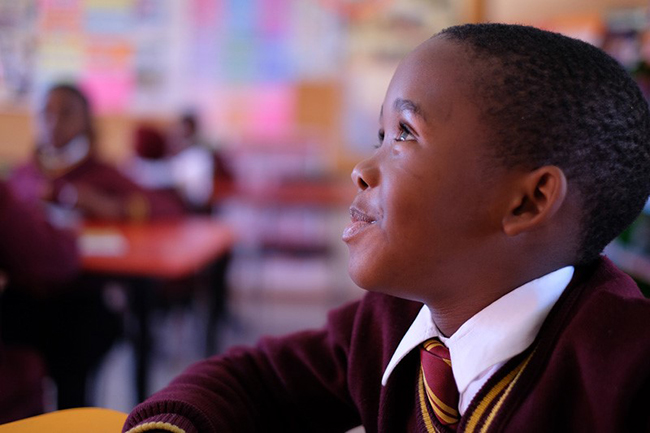 “Books deserts” are those areas where, because of poverty or geographic isolation, would-be readers have little or no access to books. Kyle Zimmer, an attorney who went on to found the charity First Book, was astonished to learn there were children living in such a desert in Washington, D.C. While volunteering in a local soup kitchen, she asked the kids she met there to bring in their favorite books from home. But they had none; one child lugged in a phone book.

Book deserts exist everywhere. For World Book Day, Amazon is working with three not-for-profits that have taken visionary approaches to improving literacy and book access worldwide. The Amazon Book Review spoke to leaders of these inspiring organizations to find out more about their achievements and future goals.

“I think a lot of people in the United States imagine this is a challenge that doesn’t exist in our country,” Arnold says, but “the need is really severe.” He cites a study showing that in one Detroit neighborhood, the ratio of age-appropriate books to children was 1 to 42. He says, “I think a big piece of our work is educating folks about the critical need of these children in low-income families.”

The flip side, Arnold says, is that “First Book has a model that really works.” Last year, the charity distributed 13 million new books to children in need through its National Book Bank, which functions like a clearinghouse for books donated by the publishing industry. Through another initiative, First Book Marketplace, the organization purchases books and resells them at a discounted price.

Visiting programs that use the books is Arnold’s favorite part of the job. “I love getting to see not just these children but their families and the amazing, heroic reading specialists, tutors, and educators who are running programs on a shoestring budget.” Not only are they teaching children to read, Arnold says, they’re helping them to “dream of a future or a world that they might not have known about otherwise.”

“My passion for education in low-income countries came when I was working in Vietnam for Unilever,” Erin Ganju, cofounder and CEO of Room to Read, says. “I could see that an essential element to breaking the cycle of poverty was having higher quality education for children in low-income countries.” After she met her two cofounders, who were working on a book donation project in Nepal, they started to partner with governments to bring additional resources and know-how to improving the quality of education in government schools in Vietnam and Nepal.

Since those early days, Room to Read has increased its range enormously, working in 14 countries (the majority in Asia and Africa), reaching 11.5 million children, distributing 18 million books, and training more than 9,000 teachers and librarians. Its focus is on helping children develop solid literacy skills in the first two years of primary school and keeping girls from dropping out of school in the transition to secondary school.

To help girls stay in school, Room to Read offers mentoring and life skills programs to support the girls holistically. “A trained social mobilizer works as an advocate and mentor for the girls in a girls-club format after school. This brings girls together to focus on empowering them to make the key life decisions that they face.” Room to Read also provides girls with assistance in the form of bicycles or uniforms if that’s what’s needed to keep the girls coming to school.

Ganju says that the key to her organization’s impact and scale is working with governments in government schools, improving curricula and lesson plans, establishing primary-school libraries, and filling them with print books. Some are local-language books that Room to Read publishes: 1,400 original titles in 18 local languages to date. “It’s all about creating a print-rich, child-friendly environment focused on literacy at the primary-school level.”

In 2009, David Risher was traveling in Ecuador with his wife and daughters. The girls were reading on their Kindles, but in remote areas local people had little access to books. An orphanage the family visited had a library, but Risher noticed it was padlocked. When he asked, “Can we take a look inside?,” the woman who ran the orphanage said, “You know, David, I think I’ve lost the key.” At that moment, Risher says, an idea “crystalized.” With the advent of digital technology, maybe he could help more children have access to books.

Eight years later, Worldreader, the literacy nonprofit Risher founded with Colin McElwee, has library and school-reading programs in 16 countries in Africa, through which they’ve distributed more than 24,000 e-readers and delivered more than 3 million digital books.

The prevalence and affordability of cell phones provided another opportunity. “Everyone has a cell phone,” he says. “There are more cell phones than there are toilets on this planet.” The charity created the Worldreader Open Library reading app so users of even simple mobile phones could read on them.

To date, readers in 55 countries, including India and Iraq, can use the Worldreader Open Library app, which offers about 43,000 books in 43 languages. Major international publishing houses donate many of these titles. Worldreader buys the digital rights to locally published books, too, and publishes some of its own.

Risher is excited about the way reading gives children the chance to reimagine themselves. He mentions a student named Okanta Kate, who is an avid reader. “I first met her when she was 14,” he says. After reading a digital book called The Shark, written by Peggy Oppong, who, like Kate, lives in Ghana, Kate said, “Now that I can see that Ghanaian women can write, I want to be the most famous writer in the world.”