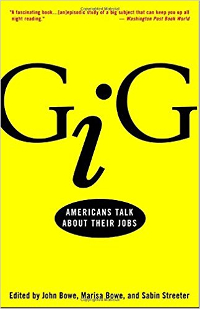 A federal holiday since 1894, Labor Day is meant to honor the labor movement and the American workers whose lives and livelihoods it sought to protect. But Labor Day has come to mean so much more: summer’s swan song, a new school year and that rare Monday when we can forget about working. Curiously, reading about someone else’s job can be relaxing and inspiring. Here are three great books about other people’s labor.

Gig: Americans Talk About Their Jobs: Gig can be seen as a modern take of Studs Terkel’s famous 1974 book Working: People Talk About What They Do All Day and How They Feel About What They Do. With first-person accounts from everyone from a delightful store greeter to a ticked-off Buddhist delivery driver compiled by editors John Bowe, Marisa Bowe and Sabin Streeter, Gig has all the professional dirt you could want (even on the jobs you can’t tell Mom about).

Walden on Wheels: On the Open Road from Debt to Freedom: In a memoir that will hit home for many, writer Ken Ilgunas goes into a controlled panic at the prospect of paying back $32,000 in college debt. Armed with a plan to get out of the red, he heads to Alaska to work as a night cook, tour guide and garbage picker on an enlightening – and cold, oh so cold – adventure back to the black.

Smoke Gets in Your Eyes: And Other Lessons from the Crematory: We kindly suggest saving for last a book that begins, “A girl always remembers the first corpse she shaves.” A trained mortician, Caitlin Doughty goes cringe-deep into the death industry in her debut book, with humor and insight that will change the way you see the big sleep — and whatever gig gets you through life. 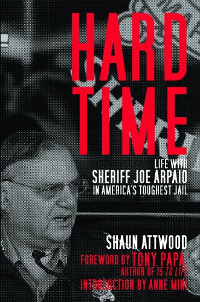 After strongly signaling his intention at a Phoenix rally last week, President Trump announced on Aug. 25 that he had pardoned former Arizona Sheriff Joe Arpaio, who had faced prison time after being convicted for ignoring a court order that he stop detaining people suspected of being illegal immigrants. The pardon pleased some Trump supporters but led to outrage among opponents of the former sheriff, who had complained for years about his treatment of Latinos and conditions in his county lockups. Shaun Attwood, who served two years in confinement under Arpaio, wrote about the experience in Hard Time: Life with Sheriff Joe Arpaio in America’s Toughest Jail. Attwood, who was convicted of drug-related offenses, tells a story of brutal conditions in a harrowing system. 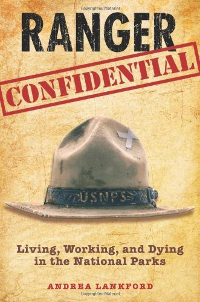 Now might be a good time to visit some national monuments that are being targeted for possible changes. Interior Secretary Ryan Zinke has recommended reducing the footprint of Utah’s Bears Ears and Grand-Staircase Escalante national monuments as well as Cascade-Siskiyou in Oregon. Ziske also suggested amending management rules at other locations. Of the nation’s 129 national monuments, 88 are managed by the National Park service, which also operates all 59 national parks. Andrea Lankford was one of thousands of people who’ve dedicated their careers to protecting these preserves. Her book, Ranger Confidential: Living, Working, and Dying in the National Parks is about the job — and the land — she loved. 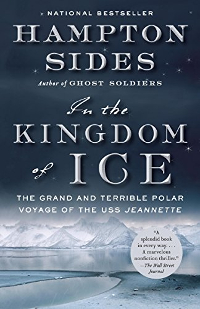 A Russian tanker became the first ship in history to cross the northern sea route along Russia’s Arctic coast without an accompanying ice-breaker vessel. The ship’s passage, made possible by thinning Arctic ice, is a byproduct of climate change that could reshape trade and exploration. Arctic sea travel can be hazardous, as it was in 1879, when the USS Jeannette attempted to find a passable route to the North Pole. It became stuck in Arctic ice, a harrowing ordeal recounted in Hampton Sides’s acclaimed book In the Kingdom of Ice: The Grand and Terrible Polar Voyage of the USS Jeannette. The book averages 4.7 stars from more than 1,600 Amazon customers. 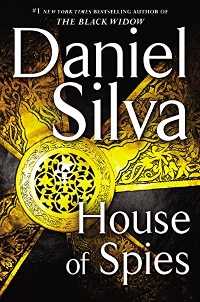 When museums tell patrons not to touch the art, they don’t explicitly say not to put a child in an 800-year-old sandstone sarcophagus to take a photo. Yet a  family visiting the Prittlewell Priory in England did just that recently, breaking off a piece of the coffin and then neglecting to report the damage to staff. The museum plans to use adhesives to repair the artifact, but some art fixes don’t come so easily, even in fiction. Gabriel Allon is the master spy and art restorer at the center of Daniel Silva's nail-biting series about Israeli intelligence agents, now featured in his sixteenth mystery, House of Spies (No. 14 on Amazon Charts' most-read fiction list). Silva can make the job of repairing a sixteenth-century altarpiece far more thrilling than you might have expected. 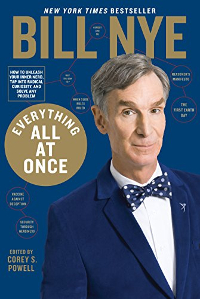 Science is big business, even in Hollywood. TV star and science advocate Bill Nye is suing the Walt Disney Co. and some of its subsidiaries for $37 million, claiming they withheld profits from his series Bill Nye the Science Guy. Disney’s Buena Vista Television responded in a statement that the suit is a “publicity ploy.” The multiple Emmy Award-winning show aired on PBS from 1994 to 1999. Nye has since produced other series and written several books, including this year’s Everything All at Once: How to Unleash Your Inner Nerd, Tap into Radical Curiosity, and Solve Any Problem. Apparently, sometimes solving problems means hiring a lawyer. 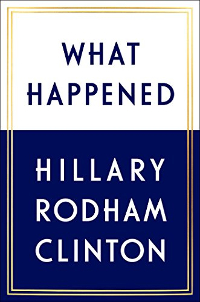 Hillary Clinton vowed that her upcoming campaign memoir, What Happened, would be her “most personal” book yet. The book hits the top of Amazon Charts’ Most Sold nonfiction list this week (thanks to preorders) and already is living up to that promise. In an audiobook excerpt, Clinton described her reaction to now-President Donald Trump’s behavior in their second presidential debate. As Trump followed her around the small stage, the former secretary of state says she envisioned telling him, “Back up, you creep!” In a year chockablock with best-selling political tomes, What Happened, arriving Sept. 12, should be a standout.