A year in the life of 'Crawdads' 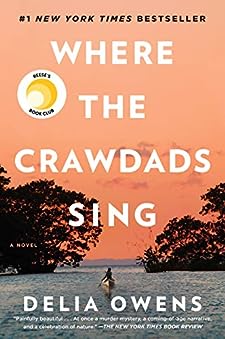 It’s been a year since Delia Owens’ Where the Crawdads Sing hit shelves and reached into readers’ hearts. And what a year it’s been.

While this wasn’t Owens’ first book — she had penned the bestselling nonfiction book Cry of the Kalahari with her former husband in 1984 — Where the Crawdads Sing was her first novel. Set in the marshes of North Carolina in the 1950s, the story centers on Kya, a girl who grows up surrounded by natural beauty but isolated from the nearby town and townspeople. She opens her heart to the possibility of love, and in so doing becomes ensnared in a murder investigation.

The Amazon Books editors picked Where the Crawdads Sing as a Best Book of the Month in August 2018. Senior editor Chris Schluep wrote, “Crawdads is a story lovingly told — one that takes its time in developing its characters and setting, and in developing the story. You’ll want to relax and take your time as well, and when you’re done you will want to talk about it with another reader.” A month later, on September 6, Reese Witherspoon named it as her Hello Sunshine book club pick, saying, “I can't even express how much I love this book! I didn't want this story to end!”

Crawdads began to pick up serious momentum. In mid September Crawdads made its first appearance on Amazon Charts, debuting at No. 6 on the Most Read Fiction list, ironically just as Hurricane Florence began eyeing the Carolina coast.

That 16-week streak is the longest any book has held the No. 1 spot on both the Most Sold and Most Read lists.

Amazon Books senior editor Chris Schluep spoke with Delia Owens in May 2019 about the success of Crawdads and the outpouring of love that it has received from readers. “I just feel overjoyed every day. I can’t believe it. Every day I wake up and just feel so grateful,” Owens said. “I mean, it’s heart-wrenching to connect with all these people. Especially because that’s what the book is about, is connecting. All those years I experienced and suffered from loneliness… and now I feel like I’m not even lonely anymore, because of all these people that I’m connecting with. It’s a wonderful feeling.”

Kya’s experience of growing up surrounded by nature sprang from Owens’ own upbringing. “There’s a lot of me in Kya. But I think there’s a lot of Kya in all of us,” she said. “What Kya taught me, and I think what Kya has taught a lot of people, is that we can all do a lot more than we think we can.”

Where the Crawdads Sing has done far more than anyone expected, including Owens. “I never thought the publishers would stick with that title. I just was hoping somebody would notice it and read it.” 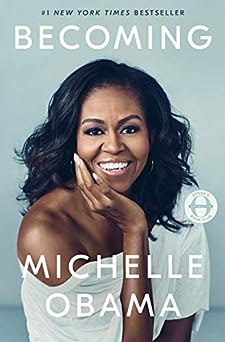 While Crawdads dominated the Fiction lists in late 2018 and 2019, Michelle Obama’s Becoming was having similar success on the Amazon Charts Nonfiction lists.

The former First Lady’s memoir of her life so far reached readers on November 13, 2018, with Oprah naming Becoming as her book club’s pick a few days before publication. “This book is everything you wanted to know, and so much you didn’t even know you wanted to know,” Oprah said. “It is exquisitely written.” Narrated by Michelle Obama herself, the audiobook has an average 4.9 stars on more than 100,000 ratings, as of August 14, 2019.

During a 14-week streak from November 18, 2018, to February 17, 2019, Becoming held the No. 1 spot on the Most Sold Nonfiction and Most Read Nonfiction lists, making it a close runner-up to Crawdads’ consecutive-week Chart-topping record. 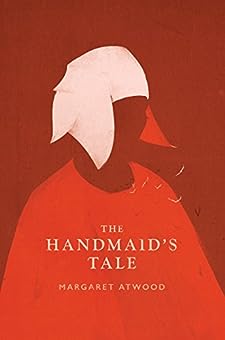 Before these two new books won their readers, a novel that had built a legion of fans over the course of 30 years had also proved it could hold territory at the top of both the Most Sold and Most Read lists.

Margaret Atwood’s The Handmaid’s Tale was Amazon Charts’ Most Read Fiction book of 2017. That year, the dystopian novel originally published in 1985 set a four-week streak at the No. 1 spot on both the Most Sold and Most Read Fiction lists, from June 25 to July 16, 2017. Hulu launched their TV adaptation of the book on April 26, 2017, which won the Golden Globe for Best Television Series–Drama in 2018, and soon spanned three seasons. At the end of July 2019, Hulu announced they would be creating a fourth season of The Handmaid’s Tale.

On September 10, 2019, Margaret Atwood releases her new novel, The Testaments. Her highly anticipated sequel to The Handmaid’s Tale picks up the story of Offred and Gilead 15 years later — and could become a new Charts-topper.

Who will next reign atop Amazon Charts? As readers head into the home stretch of 2019, a new wave of fantastic books awaits their consideration. At the same time, the rise of exceptional television dramas is giving older books an opportunity to spark again to life.

And that’s something all readers can sing about.

This article was originally published on Amazon Charts on August 14, 2019.