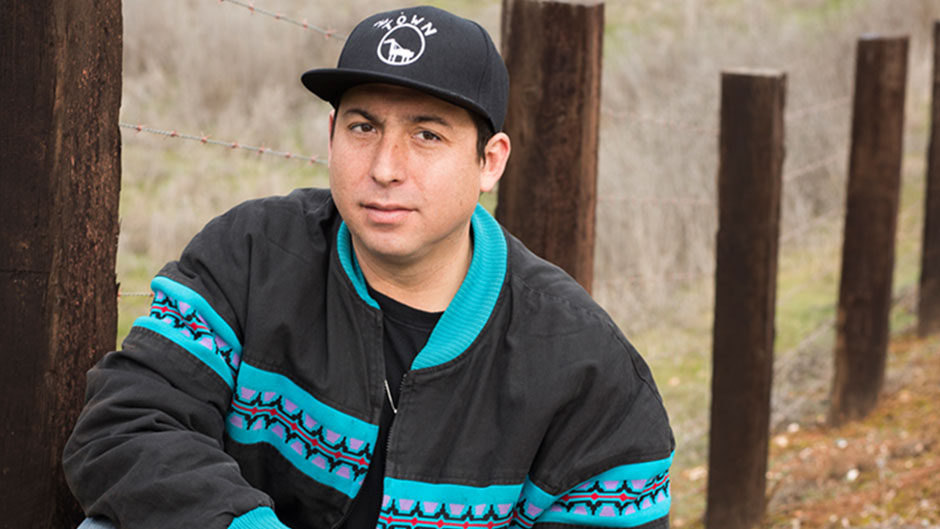 In this interview originally published on June 15, 2018, There There author Tommy Orange spoke with us about identity, Gertrude Stein, and the challenges of growing up as a Native American in urban Oakland, California.

The Amazon Books editors named There There as one of the ten best books of 2018.

A six-week book tour across the U.S. and the U.K. isn't easy for anyone, but it's especially daunting for a debut author. "I don't necessarily like speaking in public," admitted Tommy Orange, when I talked to him in New Year at BookExpo, the book industry's annual conference. But he realized something positive while worrying about the tour: "I'm going to be seeing a ton of different cool bookstores across the country."

Tommy Orange's novel There There is gathering buzz and momentum as it marks its second week on shelves. Set primarily in modern-day Oakland, California, with occasional flashbacks to key moments such as the Native American occupation of Alcatraz, these interwoven personal narratives deliver vivid glimpses of the very different lives but often similar worries of twelve people whose fates collide at the Big Oakland Powwow.

Gertrude Stein, also from Oakland, spoke the words that inspired the title of There There as well as highlighted a core theme. Orange explained that her famous quote comes from when she returned to Oakland and discovered that the neighborhood she grew up in had been developed and was now unrecognizable. "She said, 'There is no there there.' And when I first read that, I immediately recognized the parallel…especially [for Native] people in Oakland, who are relocated or who are moved from reservations or original land bases to cities and trying to figure out what environment means, what the land means, and how do you relate to everything around you." 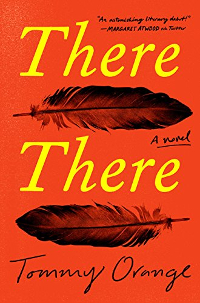 The younger characters, all Native American or part-Native American, wonder about their identity. One of the most endearing young men, Orvile, has decided he's going to put on his grandmother's regalia and dance at the powwow because only when dancing does he feel Indian—or at least feel like he should be feeling like an Indian. But without his grandmother to teach him, virtually everything he learns about being an Indian, he learns virtually.

Orange, who is half white and half Native, grew up in Oakland but outside the native community, which he joined after he reached adulthood. He imagines that kids of this generation use the internet as their way to figure out who they are. "When you don't have a land base or a community that's recognizable or distinct, like if you're on a reservation, you have to actively seek it out."

Orvile's Googling of Native dance is one example of the tension in the book between tradition and modern relevance. Without tradition, identity slips away. But without relevance, identity struggles to take hold. Said Orange, "We as a people fight against the idea that we're historical…or to be Native you have to be this particular historical image. This book is trying to find ways to express a more dynamic and ranged type of Native people. And that's why it's a big cast of characters."

That big cast of characters, with their varied life experiences, gives Orange a massive canvas to work with. And he pulls no punches. Characters are enormously flawed—some so deep in their misery that they can't see a way out, others glimpsing the light of hope, and still others either clear-eyed to their mistakes or too innocent to have made impactful ones.

Mirroring the tension between Native tradition and modern relevance, there is a tension in the book between past outrages and present-day responsibility. As he points out, "There's been people throughout history who have been not necessarily part of the problem but who have allowed it to continue on." That complacency—or complicity—is something we still wrestle with today. "If you're not doing something, you're not helping the problem; you're part of it."

It would be easy to say that with the recent departure (whether temporary or permanent) of Sherman Alexie from the writing scene, Tommy Orange is perfectly poised to take on Alexie's literary mantle. But that's too simplistic a narrative, and as an author who has clearly shunned simplistic narratives in There There, Orange deserves more than to be pigeonholed. And there are other Native American writers making waves. His eyes alight, Orange asked me if I'd yet read Terese Marie Mailhot's memoir, Heart Berries. Not yet, I admitted. But his enthusiasm, on top of other praise, have moved that book to the top of my TBR pile.

The Amazon Books editors chose Tommy Orange's novel There There as one of the Best Books of June and our Debut Spotlight for the month. It was an easy choice. As an amateur filmmaker in the novel says to a teen he's interviewing, "When you hear stories from people like you, you feel less alone."

There There does just that. 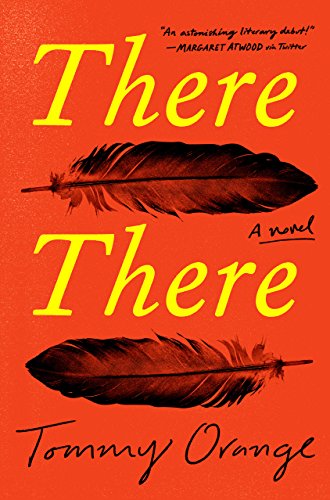