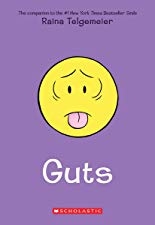 Raina Telgemeier is a hands-down favorite of young readers.  In the ten years since she wrote her graphic memoir Smile, Telgemeier has become a bestselling author, an award winner, and a trailblazer in the genre.  Her characters are contemporary and kids easily relate to the issues she writes about--from orthodontia embarrassment, to the complications of sibling relationships, and the first pangs of romantic interest.

Telgemeier's latest, Guts, is another true tale from her life. It's the story of a girl with anxiety, and that anxiety starts showing up as embarrassing and uncomfortable stomach problems. In the book, the character of Raina ultimately starts seeing a therapist and learns new ways to cope with her feelings.  Guts is reassuring and encouraging, not just for kids suffering from anxiety of their own, but for any young person working through the usual suspects of fitting in, fluctuating friendships, and ever-evolving family dynamics.

So what's it like to be an author that has kids clamoring for your next book the minute your latest is published?  No pressure, right?  Below, in an Amazon Book Review exclusive, Telgemeier shares her thoughts on the joy of having written something, and then doing it all over again when the next idea comes.

It’s something I hear writers say a lot: their favorite part of the process is looking back, seeing the stack of finished pages, and closing the door on an era of their lives. Whether that era lasted six months or six years, coming to the end of a project gives way to a flood of endorphins: I made something! I finished!

But what comes next? The dreaded blank page. Again. The poised pencil, the blinking line of the word document, again. The creeping doubt that you’ll be able to do this, again. Whether there’s another story burning in your heart, or you have a million fans demanding the next chapter, or you’re not even sure what comes next…the little nagging voice is there for most of us. “It’s too hard. You don’t know what you’re doing. Is this really a good use of your time? Get up out of your chair and do something productive!”

But what feels even more magical than having written?

The spark of an idea, which leads to a few words on a page, or a doodle in a sketchbook. Maybe two characters exchange a few lines of dialogue. Drafts sent to friends or editors for feedback. Thoughts cascading into place as a story clicks together. Draft after draft, edit after edit…it’s scary and exhilarating, and as you inch closer to The End, you dream about how good it will feel to close another door. That last push is the hardest, but you’re not giving up now, are you?!

So, maybe get up out of your chair for an hour or two, go for a walk, read a book (preferably one you didn’t write), replenish your empty well. Nourish your body and soul with good food and friends. Let yourself be a person first and a writer second.

Then, when you’re recharged, go back to that blinking line and see what’s waiting on the other side of the doubt, the fear, and the awful first draft. Get it down. Water your thoughts and let them grow. Write again, and again. And again.

Because having written again feels even better. 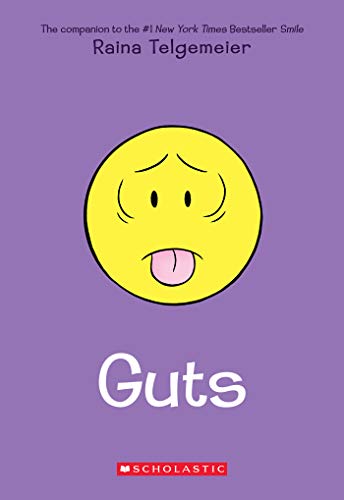