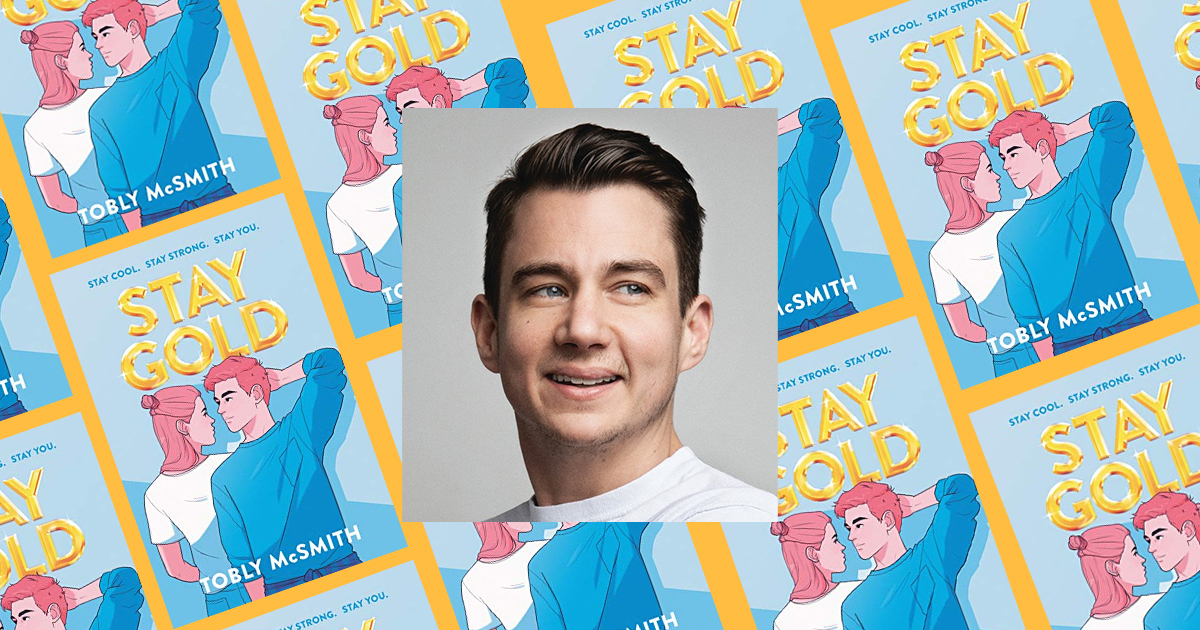 The Trevor Project released the results of a sobering national survey back in July, indicating that two in five LGBTQ youth in the United States have "seriously considered" suicide in the past year. While progress has been made in terms of LGBTQ rights, it's tenuous, and this survey reveals a support gap from a society that needs to create safer environments for diverse communities to thrive. It also underscores the importance of National Coming Out Day, which celebrates its 32nd anniversary on Sunday. Embracing who we are, living authentic lives, is an act of courage. And as Tobly McSmith notes below, an act of love as well. McSmith released his debut novel in May, one of our Best of the Month picks in the young adult category (but this adult really enjoyed it too). Stay Gold follows Pony, a transgender boy at a new school in Texas who just wants to be inconspicuous for a change. He’s still reeling from the attention coming out at his previous school generated. But a cute cheerleader named Georgia just might foil his plan of keeping a low profile.... Here, McSmith shares his own coming out experience. Prepare to be inspired, maybe even enough to share your own story. After all, silence provides fertile ground for homophobia.

"I’m writing to notify you of a change regarding one of our team members in the Sales Department..."

That's the beginning of an email sent by HR to my coworkers announcing the person they've known for ten years now has a new name, new pronouns, and will be using the Men's bathroom. Effective immediately.

It took me years to come out as transgender and transition. Too many years. I was afraid of what other people would think. I held my secret close and told no one. My need to transition began as a soft hum in my ears growing louder every day until it was too loud to ignore. Too true to deny. And not transitioning was holding me back. Hurting me. No matter what people thought, I had to stand in my truth and live my life as the man I knew I was.

Coming out to friends went smoothly—a mass email met with encouragement and kindness. I called my mom and she handled it beautifully with nothing but support. For me, the scariest part of coming out was at my job. When it comes to the workplace, we want to remain somewhat professional and somewhat private. I was working at HarperCollins, and it was nerve-racking to think about what people would say about my transition. Would it hold me back professionally? Would they gossip? Would I lose friends?

The day my transition announcement email went out, I left work early. I didn’t want to see people's reactions. My heart stopped when the email came in on my Blackberry. Anxiety and euphoria filled me at the thought of people finding out my truth. It wasn’t easy to make myself vulnerable around such a personal issue, but I could finally be myself at work.

A few quiet moments passed before I started receiving emails. Thoughtful notes of support. Cards left on my desk. Many hugs. It was wonderful to feel unconditional love from my coworkers. And something else happened—something unexpected—by coming out and telling my truth, people opened up and told me their truth. I felt closer to my coworkers than ever before.

The email from HR also assured everyone that making mistakes, especially at the beginning of a transition, is common. And people made mistakes. How could they not? But I saw them trying to get it right. Working on it. One of the most beautiful acts of love during my transition was the effort made to get my name and pronouns correct. It showed they genuinely cared, and that meant the world to me.

Seven years later, HarperCollins published my young adult novel about a transgender boy in Texas. Stay Gold is about staying true to yourself—a journey I’ve been on my whole life. I count my blessings for the support my friends and family have given me. This is not the case for many transgender people. And I want to change that.

For transgender people, coming out can be dangerous. We face discrimination, bullying, and sometimes violence. With my book and the Stay Gold Fund, I want to help create a world where coming out as transgender will be received with love by all. I know we will get there.

On this National Coming Out Day, let's honor the incredible act of bravery, love, and vulnerability. Let's share stories and celebrate. Let's learn more, grow more, and accept more. Coming out is an act of love. Accepting someone is an act of love. Today and every day, let’s celebrate that. 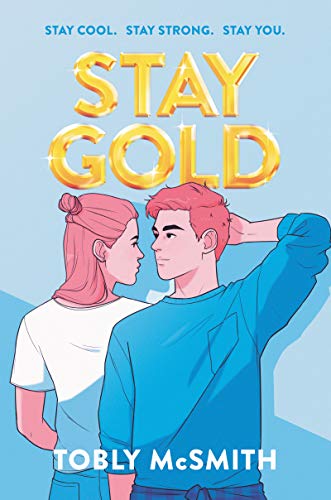