"A Desperate Attempt to Speak with the Past": Stefan Merrill Block on "Oliver Loving" 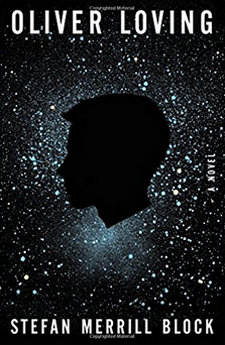 They say great fiction has the power to increase one’s empathy, and Stefan Merrill Block’s Oliver Loving does just that. In it, a school shooting compels the denizens of a small Texas town to confront painful (and sometimes ugly) truths, as they try to solve the mystery of why the shooter did what he did. Here, Mr. Block goes back to where the story began, in his old high school bedroom...

Situated over a two-car garage in Plano, Texas, that bedroom has come to play host to some new tenants in the years since I moved out: slumping boxes of old documents now rest on the bed, which is surrounded by furniture cast-offs, chairs and dressers distressed by years of loving use, objects too imbued with nostalgia for my parents to part with. It has become a de facto storage room, and beneath the new clutter it still holds everything I left behind seventeen years ago: my science fair trophies, my yellowing pulp novels with their cracked spines, my museum-store posters of the great impressionists, the plastic stars my teenage girlfriend and I once glued on the ceiling. On one wall, a clumsy mural I painted of Walt Whitman glares at the (very occasional) visitor, frightening my nephew when he dares to enter. And, like anyone who is able to revisit their high school bedroom, I can’t shake the sensation that this room still holds a prior version of myself. I live in New York now, with my wife and daughter, but each time I visit Plano, I can still find him there: that pimply, hopeful, sci-fi-loving boy, caught up in a torrent of adolescent confusion. In the bathroom mirror, where I so often dabbed my face with Clearasil, we lock eyes. What is there to tell him now?

In my otherwise lucky life, my high school years were unusually turbulent. I was homeschooled until my freshman year, and I was still struggling to adjust to the social mores of one of the largest high school classes in the nation when tragedy struck. Within two years, nearly twenty kids from my town died in an epidemic of heroin overdoses and suicides. Coming back to visit Plano in my thirties, I see a city radically transformed from the one I knew, but I also feel acutely the persistence of that decades-old moment, frozen by tragedy. For me, the sensation of a prior version of myself locked in my old room is only an occasional haunted feeling, but I know that for the families of my friends and classmates who died, it is an unbearable reality that they live each day. Those kids will forever remain the age at which we lost them.

In Oliver Loving, a desperate attempt to speak with the past forms the book’s main story. Ten years after a tragedy in a small Texas town, Oliver Loving remains wordless in his hospital bed, until a medical development opens the possibility that, after all those years, his family will at last get to speak with the lost boy. But in many ways, this novel was also my attempt to bring back, at least on the page, what I felt I had lost; it is a book steeped in nostalgia for my own teenage years, a story about the endurance of youthful hopes amidst the unanticipated mysteries of early adulthood, and the expression of an impossible dream of speaking with the boys and girls who never lived to see their future selves. We might never be able to return to those other rooms we all carry within us, those locked bedrooms which still house the people we loved at the moment we lost them. But in fiction, for a little while at least, we can hold open the door. 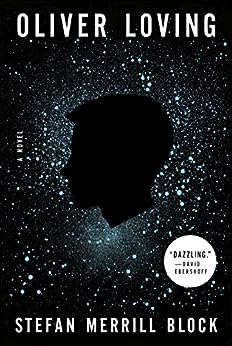