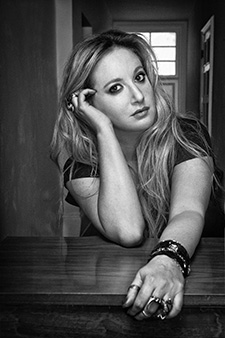 Leigh Bardugo's Shadow and Bone is still one of the first books I recommend to anyone looking for a young adult series, so I was thrilled to return to familiar Grisha territory in The Language of Thorns.  Bardugo took things in a new direction with this one; a collection of six stories of dangerous magic and dark fairy tale, lavishly illustrated by Sara Kipkin.  The perfect read for Grisha fans or anyone who loves a good, twisty retelling of the dark stories we were told as children.

Leigh Bardugo not only writes top-notch YA fantasy, she has her favorites as well.  See Bardugo's picks below, and look here for more celebrity favorites.

Shadowhouse Fall by Daniel José Older
This sequel to Shadowshaper is even better than the first book. Older brings magical Brooklyn alive and his characters are so full of humor and fire. (Watch out for my fave, Izzy. I could read an entire series about her. Luckily Older gave us a novella— Ghost Girl in the Corner.)

The Cruel Prince by Holly Black
This is the decadent, strange, exquisitely drawn world I've been waiting to fall into since I swooned over the masked ball in Labyrinth. Full of twists and dark magic, every moment feels dangerous and seductive. You won't want to come up for air.

Akata Warrior by Nnedi Okorafor
I've been waiting for this sequel to the brilliant Akata Witch for so long. Every facet of Okarafor's world will charm and enchant you, especially clever, courageous Sunny and the members of the Leopard Society.