Book Expo 2019 is next week, so we'll be in New York to meet authors, talk to publishers, and dress a little better than we do here in Seattle. And the long Memorial Day weekend is fast approaching, so the team has both the time and the incentive to read, read, read (because we won't have a lot of time to read next week). Here are the books we are looking forward to. 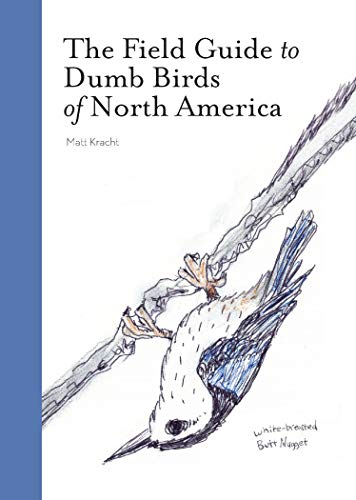 As summer approaches, the birds in my backyard greet the sunrise with delightful chirps and twitters. Every day (except the damp ones), I try to spend a few minutes outside with my morning coffee, absorbing their chatter. However, I’m not really a good bird person. I can identify only black-capped chickadees and crows. I get bored and wish for a maniac squirrel to rush by. So this weekend I’m going to break open Matt Kracht’s The Field Guide to Dumb Birds of North America. It’s deeply profane and gut-joltingly funny. Birds are divided into groups like “murder,” “weird legs,” “lumps,” and “floaters.” Snarky facts about songs and nesting behavior are interspersed with descriptions of birds along the lines of “Looks like a beige ankle sock, if someone ran through the woods wearing it and slipped in mud.” Given how entertaining this guide is (and fowl-mouthed), I think that this time I might actually retain some bird information after reading it. —Adrian Liang 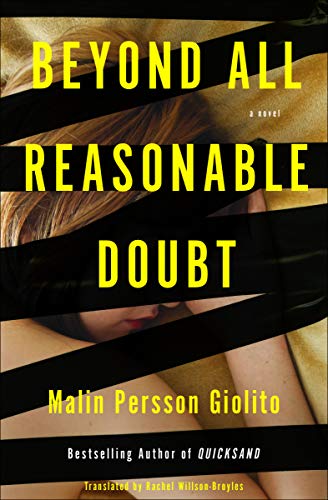 Beyond All Reasonable Doubt: A Novel by Malin Persson Giolito

I loved Malin Persson Giolito’s last book, Quicksand, and its TV series adaptation seems to have been a hit on Netflix. (I’m downloading it for a flight next week so I can binge-watch.) Giolio’s latest is Beyond All Reasonable Doubt (June 4), and it’s another legal thriller, but this one is about a lawyer named Sophia Weber, who is working to free a convicted murderer whom she thinks may be innocent. Mistakes made during the investigation may enable her to succeed, but people have long memories, and in the public’s mind, the man is guilty and no one particularly wants him set free. As the novel goes on and Weber learns more about her client, she begins to have doubts of her own about his character. Another twisty, suspenseful read that I’m looking forward to sinking my teeth into this weekend. —Seira Wilson

The Lager Queen of Minnesota by J. Ryan Stradal

We were big fans of J. Ryan Stradal’s last book, Kitchens of the Great Midwest, so I was excited to read his upcoming release, The Lager Queen of Minnesota (July 23). This endearing family saga finds two sisters at odds when only one of them is left an inheritance from their deceased father. If you need a sweet summer read, this one will go down like an ice cold beer on a hot day. —Erin Kodicek 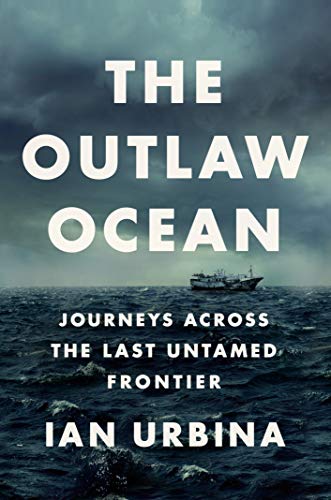 The Outlaw Ocean: Journeys Across the Last Untamed Frontier by Ian Urbina

It's often said that it's becoming harder to disappear on an increasingly connected, overpopulated planet. If you're feeling crowded, maybe you should buy a boat. Three-fifths of the planet are covered in water, and that's where the illicit action is. Ian Urbina took to the seas to find it, and did he ever: smugglers, traffickers, pirates, poachers, stowaways, mercenaries, polluters. You get the drift. The Outlaw Ocean (August 20) is a catalog of just about any contemptible human activity that you could imagine, and impossible to put down. —Jon Foro 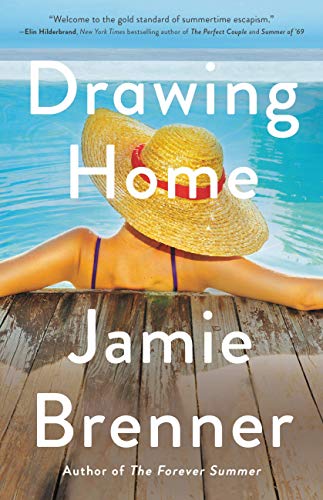 Have I mentioned how much I love summer reading? I guess I’m predictable, but give me a book with a woman on a beach on the cover, and chances are I’ll enjoy it. A few summers ago I discovered Jamie Brenner, when her woman-in-hat-on-beach book The Forever Summer was published. (Ironically enough, my purchase history tells me I purchased this book on May 24, 2017—Memorial Day weekend two summers ago.) Last summer I enjoyed Brenner’s The Husband Hour, a novel about a widow dealing with her husband and family’s past. So this weekend I’m excited to welcome summer with Brenner’s latest—Drawing Home. Set in Sag Harbor, this novel is about a local artist who dies and mysteriously leaves his waterfront home to a teenage girl. Brenner’s writing is always crisp; she writes multi-dimensional characters and plots that hide behind the façade of a blue sky and turquoise water. --Sarah Gelman 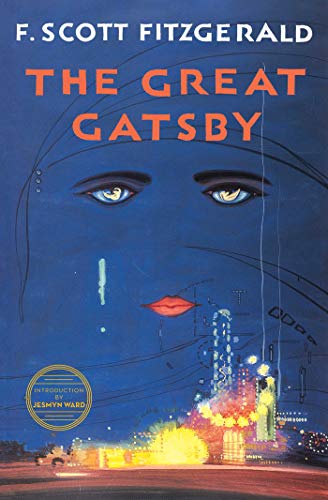 I actually read this a few weekends ago, so this as much a book report as it is a weekend reading assignment. Sometimes when The Great Gatsby comes up in conversation I will mention that it's one of my favorite books, and I read it every few years. But recently it occurred to me that I hadn't read The Great Gatsby since I moved to Seattle--which meant I hadn't read it for at least eight years. Not counting the time between my birth and the day in high school when I read the novel for the first time, this recent gap would be a record. Gatsby is a short book--only 47,094 words according to Google--so it's not a daunting task for a person who reads a lot. What was daunting was realizing how much my experience reading the book had changed. When I first read The Great Gatsby, everything that happened in it seemed like a possible future: maybe I would move in next to a wealthy, mysterious party giver, and maybe I would get caught up in events that were out of my control but that would be really interesting and exciting. Yes, Gatsby is Icarus; but most young people romanticize the Icarus story. I used to.

Not so much today. And that's what struck me. I realized I wasn't reading the book forward anymore--I was reading it like I was looking backward on my younger reader self. My point of view about all the Tom-Daisy-Gatsby-Jordan-Nick stuff had changed. Instead of being aspirational on some level, the book was cautionary on all levels (I have always realized it was cautionary, but I used to admire the characters a lot more). To be honest, it was a way more fun, way richer experience than I expected it to be. I think I'll read The Catcher in the Rye next and see how Holden Caulfield and I are getting along these days. Poor Jay Gatsby. In the immortal words of Casey Kasem, he was reaching for the stars. But he forgot to keep his feet on the ground. -- Chris Schluep