The Chef's Hat. Or in this case, chefs in hats. 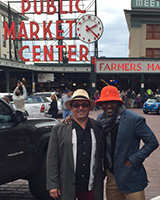 The chef community is one I've always viewed with some envy--those I've met really seem to love what they do and have an incredible camaraderie that's kind of heady to be around. It was heady in a literal sense when Erin and I spent some time hat shopping and cruising the Pike Place Market with one of Seattle's best known local chef/restauranteurs, Thierry Rautureau a.k.a. The Chef in the Hat, and his good friend Marcus Samuelsson--an icon of the food scene on the other coast, who also happens to have a love of le chapeau, and was in town for his latest book, The Red Rooster Cookbook: The Story of Food and Hustle in Harlem.

Our first stop was Byrnie Utz Hats.  This place has been around since 1934 and when you walk in it's like going back in time.  The chefs were clearly in their element, Samuelsson making suggestions about the lighting in the beautiful antique wood cases lining the room, taking in all the gorgeous old hat boxes, chatting with the staff, and all of us trying on the most incredible hats until we'd each found the perfect one. 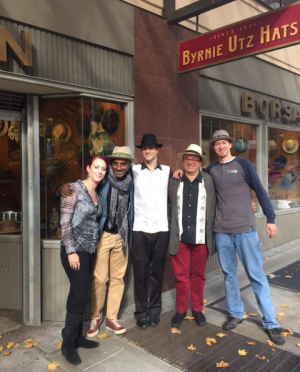 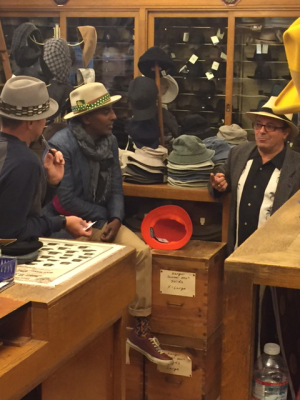 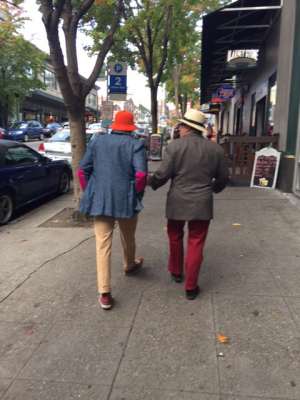 Then it was off to Goorin Bros. Hats for another look around.

As Rautureau and Samuelsson cruised up the street (and I thought I walked fast!) it was fun to watch people do a double-take as these two famous chefs randomly walked by. As you might expect, several people stopped them to ask for a photo and share a personal fan-ecdote, and the guys were incredibly friendly and gracious with each and every one. 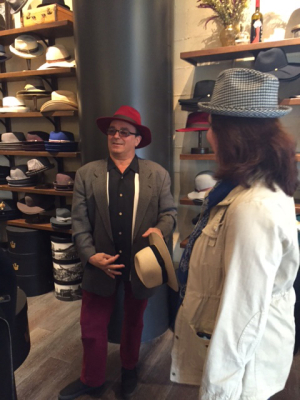 At Goorin Bros. we spent most of the time talking about food, foodies, and cooking.  Both chefs noted the rise in younger foodies; being in a room of millennials where, surprisingly, many had never eaten a whole cooked fish but all were game to try it.  Samuelsson and Rautureau seemed to have a real appreciation for a new generation of eaters interested in the provenance of ingredients and eager for new combinations and tastes.  Samuelsson also shared a story about filming an episode of Eat the World with Emeril Lagasse.  Samuelsson was passionate about making sure the viewing audience saw an authentic home-cooked meal in the place he grew up and in order to ensure that, he and Emeril went a little rogue on the production crew--if you watch the episode I think you'll agree that it was worth it (the episode is here, on Amazon Prime Video). 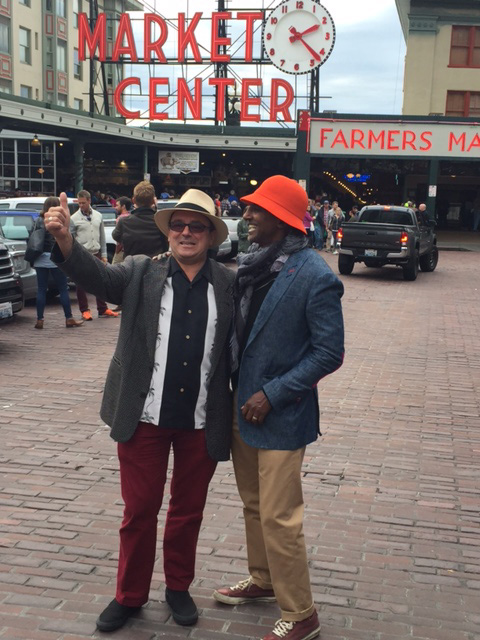 Our last stop was Pike Place Market and it was fascinating to hear Rautereau talk about years of going first thing in the morning for the freshest ingredients and interacting with vendors including the Pike Place Fish Market.

If you've never seen or heard of it, this seafood market is known for throwing the fish from the icy display out front to an employee behind the counter and there's always a crowd.  Rautureau worked his magic and Samuelsson got to give fish catching a try:

We ended things at the Tom Douglas Rub with Love Shack (it was my first visit of many to come--the BBQ chicken sandwich is amazing) where the duo recorded a chat on SeattleKitchen, a great radio show hosted by Tom Douglas and Thierry Rautareau.  Erin and I were exhausted, but these guys were just getting started with more interviews and events that evening for Samuelsson's Red Rooster cookbook.  The day deepened my appreciation all the more for the folks who give us places to go out for an incredible meal, or the tools to make them ourselves through their books. 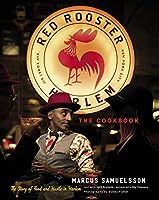