A Novel Born Out of Fear: Brit Bennett on "The Mothers" 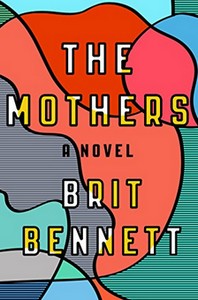 On many a must-read list this fall, and one of our picks for the Best Books of the Month, is Brit Bennett's The Mothers. Summing it up nicely, reviewer Al Woodworth said it "conveys the ferocity of what it means have a mother, to be a mother, and to want a mother." Here, Bennett describes how The Mothers was conceived.

When I was a girl, my mother once told me that the only thing I could ever do to break my father’s heart would be to get pregnant young.

I remember this more clearly than anything else my mother said, more than any conversation we might have had about, say, the dangers of abusing drugs or driving recklessly. I remember this because it truly scared me. Not the idea that I shouldn’t get pregnant because I was too young to be a mother, or because a child would derail my future plans, or even because premarital sex was immoral. Instead, my mother warned me that a teen pregnancy would hurt not just me but my family. Getting pregnant, it seemed, was the worst thing I could do.

Growing up, I was a naturally cautious kid, partly due to personality, partly due to history. My mother was born to sharecroppers in Louisiana, my father to a schoolteacher and policeman in inner-city Los Angeles; I, however, was solidly middle-class and aware of the expectations lofted onto my life. With talent and hard work, my parents had clawed out of poverty and positioned me in a safe neighborhood with good schools. My job, then, was to not screw up. My body became a weapon that had the potential to not only explode my future but also break the people I loved.

So I wrote The Mothers in the direction of my fears. I saw a young black girl who was like me—smart, ambitious, college-bound—but unlike me, she gets pregnant young and is forced to make a difficult decision about motherhood without her mother alive to guide her. As I wrote further, though, the story became centered not just around this girl but also around the perspectives of the elder women in the community—the church mothers—who witness her drama unfolding. The book became part of an intergenerational conversation I’d been having my whole life about the expectations of families and communities, how older people pass along their hopes and disappointments, how younger people absorb or reject that inheritance. Suddenly, a conversation that had always been one-sided gained new dimensions. A lecture became a dialogue, and in that between space, The Mothers was born. 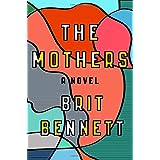