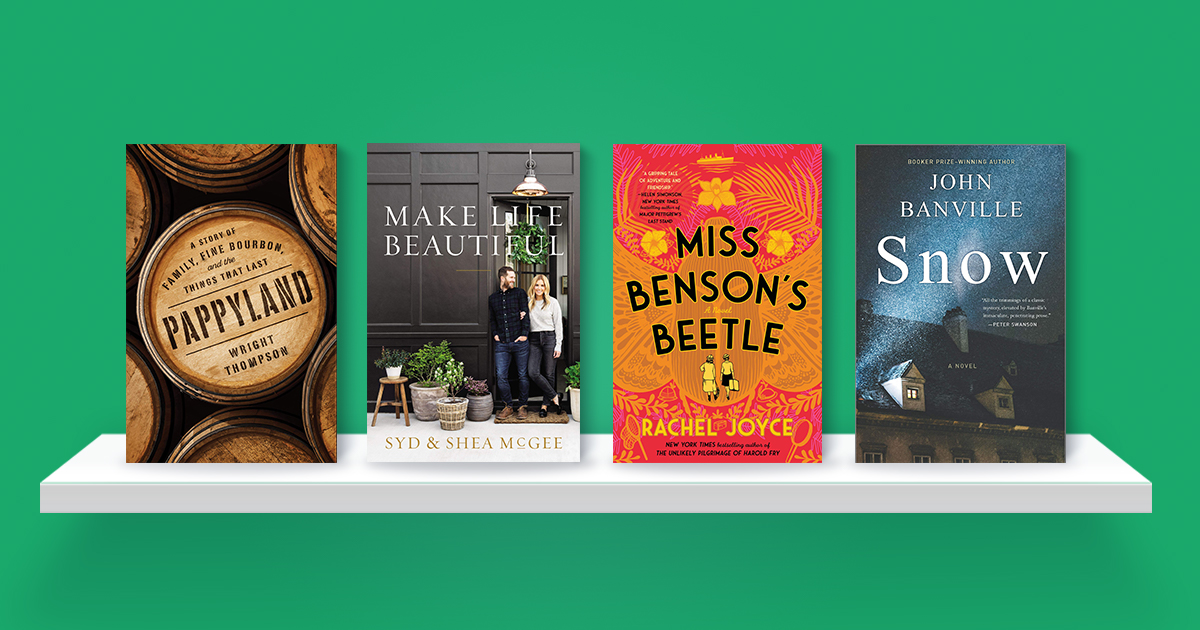 There's nothing like the combination of poor air quality and Hades-like heat to give an editor the perfect excuse to stay indoors and read. And this weekend we have something for everyone, from the backlist classic being read by Chris, to a new book by well-known husband/wife design duo, Syd and Shea McGee, owners of the fastest-growing interior design studio in the country.

Then there's the story behind a famed whiskey maker (did you know that the word "whiskey" is a bastardization of the Irish phrase for whiskey: uisce beatha, which literally translates to water of life? It's all about priorities, people). Erin is reading a "madcap and moving" friendship story and Al is reading a collection of short stories that mine "the complexities of human relationships." Me? I'm all about the murdered Catholic priest in the kitchen and the Protestant detective who will take on the Church to find out what really happened. Like I said: priorities. 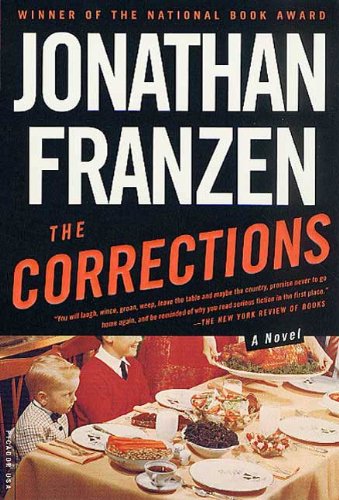 The Corrections by Jonathan Franzen

I was pretty excited to receive Don DeLillo’s celebrity picks last week. They arrived in anticipation of his latest novel (The Silence; pub date: Oct. 20th), which I had the chance to read (and love) a while back. After that, I enjoyed a very satisfactory re-read of White Noise. The experience led me to consider re-reading a few more of the formative books from my life in reading. In his celebrity picks, DeLillo recommends William Gaddis’s The Recognitions.

I vaguely recalled that Jonathan Franzen’s The Corrections had been compared to The Recognitions. By chance I googled David Gates’ New York Times review of The Corrections, which originally ran on September 9th, 2001 (this Wednesday was September 9th—coincidence?), and read this line from his review: “Franzen coyly tips his hat to several forebears along the way: he gives us a Web address called gaddisfly.com (Franzen's title, of course, echoes that of William Gaddis's novel The Recognitions).” Was that a coincidence also? Was it a sign? Finally, in the very same paragraph, I read this line: "And some of the white noise in Alfred's head—‘cirruslike clusterings of very high frequencies off in deep stratosphere behind his ears’—must derive from Don DeLillo.” That closed the circle. Sometimes you just have to listen to the universe when it is talking to you. —Chris Schluep 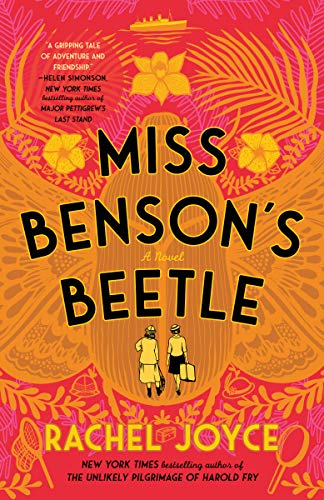 From the bestselling author of The Unlikely Pilgrimage of Harold Fry is a story about another kind of quest, one which finds two delightfully unlikely explorers and friends on the hunt for a rare insect. I worried that Miss Benson’s Beetle might veer into twee territory, but so far it’s an engaging blend of madcap and moving, with a little mystery thrown in for good measure. And it’s another reminder that the journey is often more life-changing than the destination. —Erin Kodicek 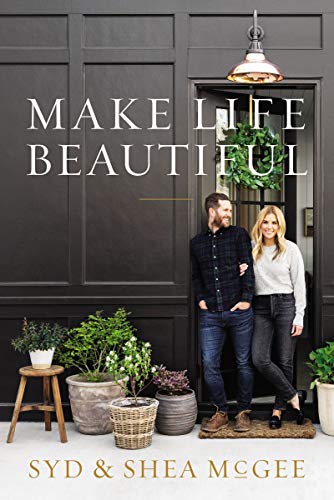 My husband just walked into my office, saw the advance copy of Make Life Beautiful by Syd and Shea McGee (October 27) on my desk, and said “Oh, is that the new book by those McGee people? I want to read that!” Anyone with even a vague interest in home design has probably heard of Studio McGee, the fastest-growing interior design studio in the country, whose beautiful images regularly grace social media. Following in the footsteps of another well-known husband/wife design duo, the McGee’s upcoming book tells the true story of how this couple followed their passion and created a successful design company. I’m ordinarily a big fan of both interior design and follow your dream books, and if 2020 hasn’t led you to want to either make your home more beautiful and/or live your best life, you’re doing it wrong. Something tells me Make Life Beautiful is going to create even more fans of the McGee’s stylish design. —Sarah Gelman 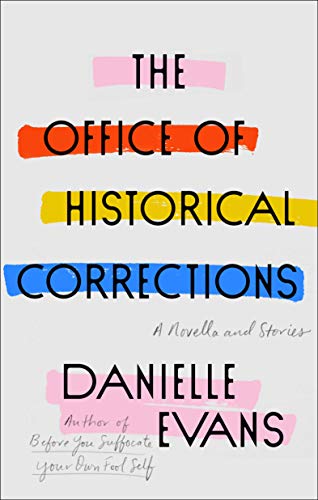 The Office of Historical Corrections: A Novella and Stories by Danielle Evans

Not to be confused with what Chris is reading, The Office of Historical Corrections is a short story collection by Danielle Evans, a writer who Rebecca Makkai calls a "stone-cold genius." Across these seven stories, Evans reveals the complexities of human relationships and the complications of race, gender, class, and pop culture that inevitably follow. The first story opens with an anecdote from the main character’s childhood, questioning why Ariel from The Little Mermaid would ever leave her home and family for some prince on land. Her family saw this as Lyssa’s affection towards her family. But really, Lyssa "just knew a bad trade when she saw one." That made me laugh out-loud. I mean, there's so much to love to here, and it's just the opener! —Al Woodworth 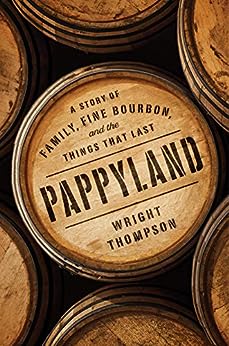 Pappyland: A Story of Family, Fine Bourbon, and the Things That Last by Wright Thompson

I first heard about Pappy Van Winkle whiskey a few years ago and have since been intrigued by its scarcity and mystique. Pappy is indeed a fine, fine, whiskey (I have had the good fortune to try it), and the true stories behind its creation, and the obsession people now have for it, is as interesting as I’d hoped. In Pappyland (November 10), author Wright Thompson introduces readers to the delightful personage of Julian P. Van Winkle III (who Wright calls “Booze Yoda”), and his family's distillery business. It’s a roller coaster ride of a formidable legacy built, lost, and resurrected through sheer force of will and a whiskey barrel miracle. The South itself also becomes something of a character in Pappyland, as does the relationship between fathers and sons. My weekend will definitely include a whiskey or two as I finish the final chapters. —Seira Wilson

I love historical police procedurals, especially ones that bring the upper and lower classes together, where what is not said is often a thousand times more interesting—and illuminating—than what is said. Snow, the latest mystery by John Banville (not writing as Benjamin Black for this outing) doubles down on the upstairs/downstairs motif by adding a second layer of caste: religion. When Detective Inspector St. John Strafford, a Protestant, goes to the Co. Wexford home of the aristocratic Osborne family to investigate a murder, he is determined to get at the truth behind the castration and murder of a priest, right there in the kitchen of the Osborne's home. But the Catholic Church has had centuries of experience when it comes to controlling what passes for "truth." Dark suspense in a snowbound Irish village: the perfect late-summer read. —Vannessa Cronin

This weekend, Chris will be listening to the universe while the rest of us dig into literary short stories, a design book, a book about whiskey, a murder in an Irish village, and more.