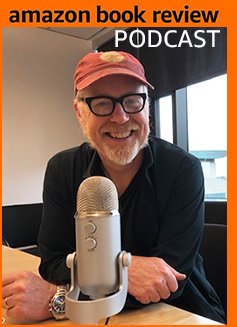 For 14 seasons on the Discovery Channel, Adam Savage starred on the hit series MythBusters, where he and co-conspirator Jamie Hyneman built things, blew things up, strapped jet engines the cars, and battled hordes of zombies—all in a quest to debunk (and occasionally validate) urban legends through the principles of scientific method. The original MythBusters ended three years ago, but Savage has forged on with new television projects, and now he has a new book: Every Tool's a Hammer, a blend of autobiography, how-to manual, and inspirational guide for anyone who ever wanted to be a maker, but felt lacking in equipment, skill, or time. As Savage puts it, the book is "an exploration of making and of my own productive obsessions, but it's also a permission slip of sorts from me to you. Permission to grab hold of the things you're interested in, that fascinate you, and to dive deeper into them to see where they lead you.”

Several weeks back Savage, came by our Seattle offices to talk about the book, MythBusters and becoming a "maker of things." Here is an edited transcript of our conversation, but the recommended experience is the recording included in the latest episode of the Amazon Book Review Podcast—that's where his inspiring mix of enthusiasm and optimism best comes through. It also includes stories of his early ambitions as an actor, which included appearances in a Charmin commercial (as Jimmy, a harried stock boy for Mr. Whipple) and "the worst of all the Billy Joel music videos," which I have empirically confirmed.

Every Tool’s a Hammer was a May 2019 selection for Amazon’s best books of the month in nonfiction. You can find more author interviews and book-talk in our podcast archive, and you can subscribe via iTunes or TuneIn. Have a topic you'd like to hear us talk about? Shoot us an email at bookpod (at) amazon.com.

Finally, a Warning to Readers: There is Science ahead, counterintuitive Science. If you still don't get it after reading or listening—as I didn't when he explained it to my face—you can see the original MythBusters experiment here.

Amazon Book Review: Is there a hole in your life where blowing things up used to be?

Adam Savage: It's funny question. No. Number one, I just finished production on a new series called Savage Builds, and I did blow a bunch of stuff up in that in that. There's actually an entire episode devoted to nitroglycerin, one of the most nightmarish things I've ever worked with.

I didn't miss the stress of explosives. Understand [that] we were always working with the bomb squad, and these guys and women are the most assiduous, safety-oriented contingency planners. So the best moment of an explosion was right after it happened, and then you could look at the high-speed shot and enjoy it. But up until then it was always a little nerve-wracking. 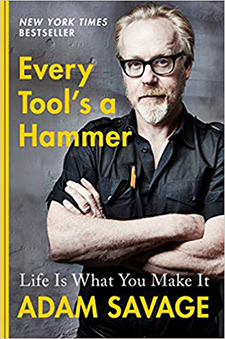 How would you describe Every Tool’s a Hammer—is it a biography, or a how-to, or an inspirational book?

It's all of the above. I think of it like a permission slip. You have the hobby you want to indulge in, but you feel like maybe it's dumb, or you don't have enough time, or you should be doing “real work.” This book is my exhortation to the reader to follow that thing, to scratch that itch, and to chase that obsession down the rabbit hole. Because in my experience, those things we can't stop paying attention to are the places in which we will find our excellence. It's where we will find the rigor required to get stuff done.

I'm the living example. My hobbies are weird. I make costumes from movies. I make props and objects from movies and from history, and I make them until they’ve convinced me that they're real. In order to do these things, I go through this long process of self-reflection, introspection. watching myself, noticing my patterns, my proclivities, my biases, and surmounting them to achieve a thing that I want. The rigor involved in that at is the engine of everything else that I've achieved in my life.

What does the phrase “every tool's is a hammer” mean to you?

“Every tool is a hammer” is a joke that my late friend and colleague Mark Buck used to say. Mark was a colleague at industrial Light & Magic in the late ‘90s and the early aughts. Mark was a delightful human being with a very dark, wry sense of humor. What he meant was there's nothing nearby you can't misuse, in case you only have one hand free.

I, like many makers, have used my phone as a hammer. I've used my computer. I've used parts of my body. In one sense it is a joke about misusing tools. But in another sense, I also think that there's a deeper truth. In special effects, you are always needing to invent processes that haven't been used before, and you're often using tools in ways they weren't intended. I love the ingenuity of discovering new uses for old things.

What is your origin story as a maker? Do you remember a moment, a thing that you built where you decided, “This is really cool. This is what I want to do with the rest of my life”?

I had several of those moments. I would make tons and tons of custom Lego creations. I was a lonely kid, I didn't have a lot of friends. So I'd wake up really early. I'd make some elaborate thing of Lego, and I would always want to carry it downstairs and show everyone. I don't think I ever made it downstairs. I was like the chef from Sesame Street with the big cake that he always falls on. 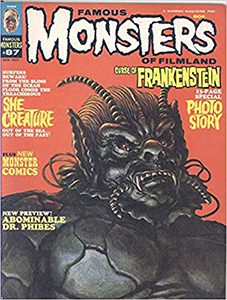 Then Star Wars came out when I was 10. I was in the cultural sweet spot and it changed my life. And I would I read magazines like Famous Monsters [of Filmland]. There are people that made these things, and it blew my mind.

In college, I made this hand out of a bunch of old typewriter parts and some wire. Someone said, “This is aesthetically really interesting. It's actually quite impressive and you should consider being a maker of things.”

Was there ever a moment on MythBusters when you thought, “Man, we're really out over our skis here”?

All the time! Usually at the beginning of researching any specific episode. A really good example is “Airplane on a Conveyor Belt.” Picture an airplane trying to take off on a runway, and the runway is a conveyor belt—running in the opposite direction—that matches the speed of the plane. Can the plane take off? The answer is yes: every single time, the plane will take off no matter what.

But I know that now. [There were] weeks and weeks and weeks of fighting between me and Jamie and our production crew, because everyone had a different opinion about what the story meant. Now what I can tell you is, the question itself is leading you to a wrong conclusion, before you've even thought about the question. Which is to say: You think about a plane moving forward, and the conveyor belt matches its speed moving backwards. So most people will think to themselves, “Well, then the plane doesn't move forward,” but that's not the case.

Obviously a static plane won't take off. I don't disagree with that. But the fact is the plane will always move forward, even if the runway is going in the opposite direction at 10,000 miles per hour. The airplane will easily move forward—at 5, 10, 15, 20, 40 miles per hour—and take off. We think of the plane rolling like a car, and a car uses the ground as its medium for travel. But a plane does not—a plane moves through the air. The wheels are only there to keep the propeller from hitting the ground. And thus the plane is pushing through the air, which means the surface it's on does not matter. That explanation was so hard-won, and it was a group effort. And I'm so glad I now have this—it's like I have this rhetorical flourish in my mental palace, with which I can convince any human alive that the airplane will always take off. But boy, was it hard work.

Thank you. We mourn MythBusters, but you know, we're still excited about the things you still doing.

Well, I'm excited about the book. Savage Builds should be really, really fun. In our first episode, we built a suit of Iron Man armor out of 3-D printed titanium, and we shot bullets at it. So fans of MythBusters will find me on some quite familiar territory.

Every Tool's a Hammer: Life Is What You Make It
Adam Savage
Print Book Kindle Book