If you loved Dean Koontz's "Devoted" 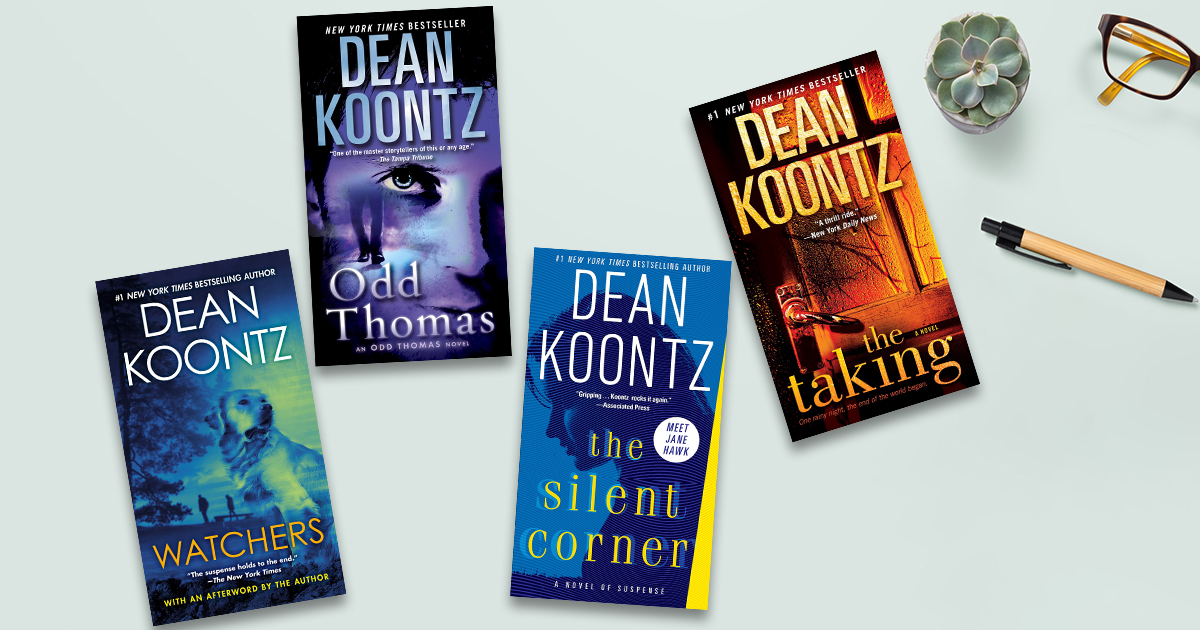 When Dean Koontz published Devoted this past March, it was the seventh decade in which he had published a novel. And it’s impossible not to be struck by the number of Amazon customers who leave reviews in which they mention they’ve been devoted Koontz fans for many decades. Many of those customer reviews mention their favorite Koontz novels and how they have read and re-read them over the years. Some talk about how the advent of the Kindle meant they could retire their print editions, happy to be able to dip into a Koontz novel on their Kindle any time they like. Some customers talk about how they have introduced others to Koontz’s novels. Some of the reviews beg for sequels to his most popular novels. And many talk about how Koontz’s love of Golden Retrievers (they play a part in a number of his novels, including Devoted and Watchers) are a key component of his appeal to readers.

So for those of you for whom Devoted was the first Dean Koontz novel you read, we thought we would put together a list of the Koontz novels that Amazon customers love the most: the novels they give four or more stars to, the novels they say made them Koontz fans for life, and the novels they recommend to their family, friends, or students. But pace yourself, because he’s been writing for over 50 years. When you’ve finished this list, there are approximately 95 more Koontz novels to read. And he’s not done yet. His next novel, Elsewhere, publishes in October. 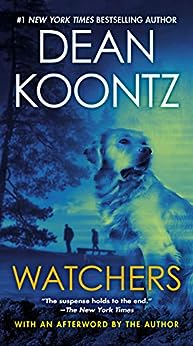 Nominated as one of America’s best-loved novels by PBS’s The Great American Read, Watchers is classic Koontz: an action thriller with a helping of horror. Travis is hiking into the foothills of the Santa Ana Mountains when his way is blocked by a Golden Retriever who steadfastly refuses to allow him into the woods. It’s the beginning of a saga that led Amazon customer HB to describe the book as a “Delightfully scary, touching, profound, funny, mesmerizing book whose characters will pull on your heart strings and stay with you forever!” 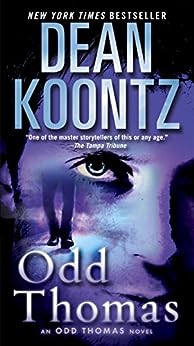 Odd Thomas is an unassuming 20-year-old short order cook with a good heart and a girl he loves. His life is pretty darn perfect except for the burden he carries: an ability to see—if not hear—the dead. As the amount of the dead he sees in his California town spikes alarmingly, it’s clear that some kind of apocalypse is on its way, and it’s equally clear that Odd may be the only person who can stop it. Amazon customer A. Sines loved the book so much he shared it with his son, and writes: “Now, my son and I have an author and a series to read and talk about and connect over.” 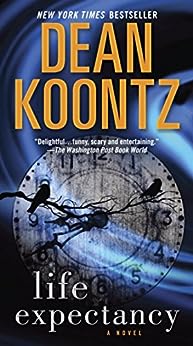 Jimmy Tock comes into the world on the very night his grandfather leaves it. And when Jimmy’s grandfather wakes from his coma long enough to predict that Jimmy will have five dark days in his life, and a struggle against evil on each, Jimmy’s father knows he must prepare his son. Amazon customer Carol Morris-Jarrett writes: “The Jane Hawk series had reminded me of what an extraordinary wordsmith Dean Koontz has always been but Life Expectancy reminded me what a brilliant thinker he is and what a beautiful way he has of showing us his perception of this wonderful life." 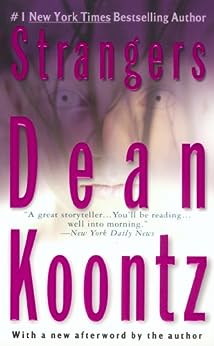 The New York Times Book Review lauded Koontz for the “Tumbling, hallucinogenic prose” he used in this tale. In Strangers, a handful of people—from a little girl to a doctor, and from a robber to a priest—experience variations of the same nightmare. Joann R. Moran writes: “I cancelled my exercise class two days in a row so that I could finish this book. Koontz's themes always have a spiritual quality and a focus on love and friendship that I love. This book is original, entertaining, and will leave you wondering about the nature of God, love, and the universe long after you finish the last page.” 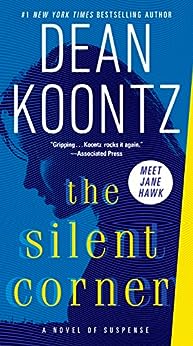 The Silent Corner by Dean Koontz

Notable people have been committing suicide in surprising numbers—for no apparent reason—and when Jane Hawk’s beloved husband becomes the latest to take his own life, Jane will relentlessly hunt for the truth behind the tragedies. But those protecting a deadly secret will stop at nothing to keep Jane from her mission. Defying them will make her the most wanted fugitive in America. One Amazon customer puts it perfectly, writing: “This book is Dean Koontz at his finest, exploring the dark hearts of both the diabolical and the good in equal measure.” 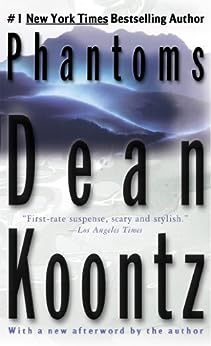 When two sisters return to the tiny mountain town of Snowfield, California, they find the place almost empty—except for more than 100 dead bodies. And another 300 residents are missing. And they can’t tell if it’s due to terrorists or contamination or some terrible disease. After describing it as “a what-if novel in the best tradition of horror novels,” Amazon customer Mike Whitfield goes on to describe it as, “Tightly paced, like all Koontz' work populated with strikingly drawn characters both fair and foul, and above all overflowing with his patented blend of unrelenting suspense.” 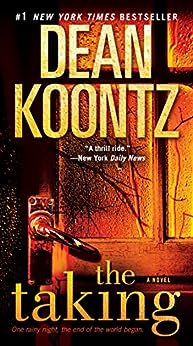 The Taking by Dean Koontz

Molly and Neil Sloan awaken to the sound of rain on their roof one morning. As the day progresses, their feelings of foreboding intensify and they hear reports of strange weather phenomena around the globe. As day turns to night, they gather with their neighbors, something telling them it’s time to band together to face what’s coming. Amazon customer Sue Williams says: “There is horror, wonder, evil and ultimately, triumphantly, joy in this book. Here, as in other books, he has written heroes and heroines as every day, ordinary people who prove to be anything but.” 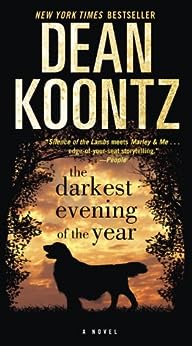 The Darkest Evening of the Year by Dean Koontz

Amy Redwing is legendary for her dedication to Golden Retrievers. She’s even founded an organization in her southern California home town dedicated to the rescue of abandoned and endangered Goldens. So it’s no surprise when she not only risks her life to save Nickie, but takes the Golden into her home. But the joy of Nickie’s arrival coincides with strange events, including a home invasion. And it’s obvious that Amy is now the one who needs rescuing. KCall74 writes, “Of all of his novels where he manages to incorporate his beloved breed, the Golden Retriever, this book is equally heartwarming as it is suspenseful.” 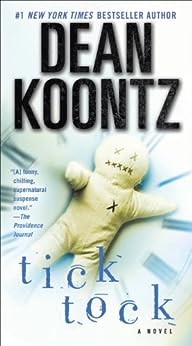 When a Vietnamese American detective and novelist finds a doll on the front step of his Californian home, he picks it up and brings it into his house. When Tommy awakens in the middle of the night, he hears an odd popping sound and realizes it’s coming from the doll, which appears to have come alive. It also appears to want Tommy dead. Said one Amazon customer about Ticktock, “This is a wonderful scary/thriller novel with a wild mix of humor as well. This is one of the most lighthearted Koontz novels imo while still being scary in his usual way.” 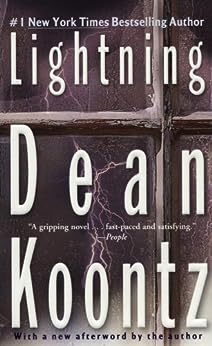 On the night Laura Shane was born, a blizzard was raging and a stranger turned up just in time to save Laura from dying. Years later, another stranger saves her in the wake of a devastating storm. But is he a guardian angel, or the devil? Tabby1249 writes: “I don't give 5-star ratings easily but I found this book worth every point on every one of those five stars. Laura, Thelma, Danny, Chris, and Stefan are all characters that I came to care about and I appreciate Mr. Koontz's work in creating them.”

If you loved Dean Koontz's most recent hit, "Devoted," here are ten other Koontz novels you may want to check out.