Writing on the Edge: Authors Michael Cisco and Brendan Connell on Weird Fiction 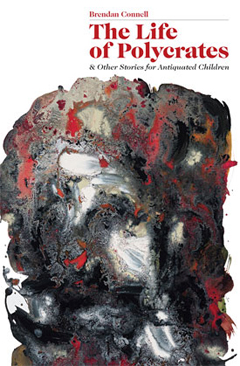 Many of the more interesting twenty-first century permutations of “The Weird” in literature have come from authors Michael Cisco and Brendan Connell. For Cisco, it’s primarily been through novels like his latest, The Great Lover, and Brendan Connell through collections like the just-released The Life of Polycrates & Other Stories for Antiquated Children. Connell’s fiction has appeared in such respected publications as McSweeney’s, Adbusters, and Harpur’s Palate, while Cisco has been highly praised for previous novels by the likes of China Mieville, perhaps the most popular mainstream writer associated with The Weird.

But what is “The Weird” exactly? Weird fiction, in the classic sense, tends to mean the kind of supernatural stories that don’t fit into easy classifications, and which may produce more of a sense of unease than of outright horror. As H.P. Lovecraft wrote in his classic definition:

The true weird tale has something more than secret murder, bloody bones, or a sheeted form clanking chains according to rule. A certain atmosphere of breathless and unexplainable dread of outer, unknown forces must be present; and there must be a hint, expressed with a seriousness and portentousness becoming its subject, of that most terrible conception of the human brain--a malign and particular suspension or defeat of those fixed laws of Nature which are our only safeguard against the assaults of chaos and the daemons of unplumbed space.

In its more contemporary permutations, “The Weird” has been infiltrated by the experimental literary speculative fiction of the British New Wave, the transgressive body horror of Clive Barker’s Books of Blood, and various mainstream influences. The result is sometimes called “The New Weird,” and even Mieville’s latest, Embassytown, ostensibly a science fiction novel, is an example of it. Modern Weird also can contain elements associated with experimental fiction, in addition to references to the Decadent writers of the late 1800s. K.J. Bishop, Steph Swainston, Jeffrey Thomas, and others are all creating weird texts in a modern context.

Connell and Cisco’s versions of “The Weird” blend traditional and new approaches. The Life of Polycrates is a book of bizarre life-studies exploring the frontiers of human obsession. The title novella describes the exploits of the ancient Greek ruler, his eccentric deeds, and the fantastic personalities around him. Connell says that “I have seen reviewers mentioning the heavy research that went into the opening novella. There is some truth to this. But another truth is that many of the things mentioned are actually based on contemporary things clothed in ancient garments.” 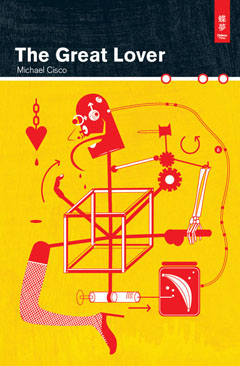 The Great Lover, meanwhile, tells the story of an “an otherworldly scavenger drifting in currents heavier than avalanches, slow as glaciers, a sea wasp with a bridal train of tingling nerves that drift in the sewage time and again tangling in women's dreams.” Publishers Weekly wrote that “Fans of stylish and thematically sophisticated weird fiction should seek out this mad testament to Cisco's visionary genius.” The novel, Cisco says, revolves “around alternate and inappropriate ways of fulfilling unusual desires…There's a subway cult and immigrants from nowhere, a mad scientist, prosthetic characters, and a homeless resurrected protagonist.”

I spoke to Cisco and Connell about their views on “The Weird,” their relationship to readers, and what it means to write on the edge…

Amazon.com: What does the term "the weird" mean to you?

Michael Cisco: In rhetoric, "redundancy" refers to the way repetition is used to improve intelligibility. Everything from outright repetition to regular sentence structure counts as redundancy. To me, the weird is an attempt to depart dramatically from redundancy at the level of plot, character, setting, style, etc.

Brendan Connell: For me “the weird” means something different. Not necessarily some creature dug up in the back yard with sunflower seeds for teeth, but rather a perception that is different from normal. It is like seeing the world reflected on the back of a spoon or hearing a conversation through a thick wall.

Amazon.com: Do you think about experimentation in a formal way, as a writer?

Michael Cisco: Learning technical vocabulary and conceptualization really helps me come up with new possibilities. Any deviation from redundancy is experimental, although, if the same deviation is repeated often enough it will become redundant.

Brendan Connell: At one point, a long time ago, I sort of went out of my way to experiment and be “experimental.” Then something sort of broke. It wasn’t my heart. A lot of the material I see labeled as experimental fiction doesn’t seem to have the architecture necessary to hold my attention. There is often a vapid cleverness to much of it…If I disassociate the term, however, from many who claim to be its proponents, it means fiction that does something new. But this shouldn’t depend on trickery. It should depend on imagination and creative ability. All experiments needn’t be penned with a jack hammer on the public square…Fish eventually grow wings, but when you eat them you still need to remove the scales.

Amazon.com: How do you react, or what would be your response, to a reader who said your work was too strange?

Michael Cisco: I don't care if my work is too strange, I worry that the strangeness of my work is just a posture I'm not aware I'm taking. The best art in any field changes the one who experiences it; that's what distinguishes that art from just more of the same. I'm aware of that kind of uncomfortable feeling, and the real pleasure that comes when the strangeness starts to make sense, and I wouldn't put it past me to try to disorient readers in the blind hope that I might somehow manage to wangle the cause out of the effect, and make my work good by a retroactive flim-flam. I don't worry too much about that, though, because I enjoy strange writing so much.

Brendan Connell: Some of the initial reviews of my book made it seem like it was some kind of extremely dark, dripping object. I felt saddened. Genuinely. Because everything I do, for me, has a twist of humor. I think my writing is no stranger than what I see around me. But people get used to themselves and don’t realize that from the right angle, they might look a bit peculiar too.

Amazon.com: How do you view the relationship between the writer and the reader?

Michael Cisco: It will be different all the time, but in my case I want to hypnotize and overwhelm and catch the reader up in an enthusiasm for words and ideas in the moment, and forget about the big picture for now. I like the idea of writing being like soloing in music and the way that maximizes the role of spirit. I want to do for readers what the writers I most like do for me; they astonish me with ideas I could never have come up with or passages full of meaning that I understand without really knowing why.

Brendan Connell: In no way do I write for myself. My fantasy of the situation is that I have stories I imagine other people can’t tell, and that there is some audience out there who would enjoy reading these things.

Amazon.com: Say you had to pitch your latest books to a Hollywood studio. How would you describe them in a couple of sentences and who should be cast in the movie?

Michael Cisco: The budget necessary to bring off some of its scenes would be too high to justify without trying to make it into the kind of film that a dog can understand, and then it wouldn't be "The Great Lover" anymore, but just another Hollywood movie about an underground super-hobo…As for actors, I would prefer to have total unknowns playing the various parts. Most of the important characters are "nobodies" from society's point of view, so putting a big star in any of those roles would collapse that impression.

Brendan Connell: [My story] “Collapsing Claude” would be the easiest to adapt to film. It is the story of a good-looking bank teller who falls in love with an unattractive older woman. I have some friends in Ticino, Switzerland, who I modeled these characters on. So if I could have them play the parts, that would be fantastic. We could dub them in English or use subtitles. All the locations in the story are real also, so it would be a fairly simple project.

Amazon.com: What do you think these works would lose in translation to film, even a faithful, skillful translation?

Michael Cisco: The novel is as much about its words as anything else, most of which couldn't be salvaged by a voice-over. The pace would have to be pretty frenetic, so you would also lose the still moments, but then it's hard to keep those from being boring in a movie.

Brendan Connell: Some of the imagery wouldn’t work in film, because words can bring all the senses into play…But a film would add a certain linear compactness that would be interesting, and a jolly soundtrack would add an absurd counterpoint that would bother people.

Michael Cisco is currently working on his tenth novel, which he describes as “a mosaic, with parables and a broken span.” Brendan Connell is finishing a novel set in a village in New Mexico in the 1970s, the location based on his childhood.