Adrienne Celt Talks About Her New Novel, "Invitation to a Bonfire" 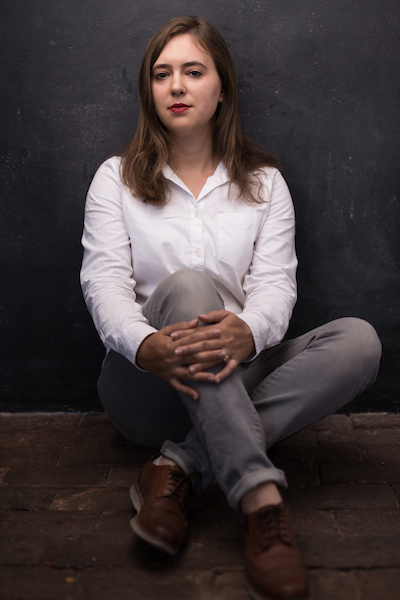 Adrienne Celt’s new novel, Invitation to a Bonfire, is one of our Best Books of the Month, and we can’t recommend it more highly to readers who enjoy ominous literary suspense with a dash of romance, history, and murder.

Here’s the story: In the aftermath of the Russian Revolution, Zoya, a poor orphan, is smuggled out of Soviet Russia to become a scholarship student at a New Jersey boarding school. Isolated among the snooty girls there, she takes refuge in botany and in the novels of another Russian émigré, Leo Orlov. When he’s hired to teach at the school, her admiration for his prose makes her any easy target for his ardor. Soon, Zoya is caught in a triangle with Leo and his controlling wife, Vera. Though the Orlovs seem like the powerful King and Queen of this masterful game of chess, Zoya has her own surprising moves to make.

Below, Celt, whose previous novel, The Daughters, won the PEN Southwest Book Award, talks about how the real-life marriage of Vera and Vladimir Nabokov inspired her to write Invitation to a Bonfire, the books she reads for fun, and how her sideline, creating comics, offers her balance and a place to be “purely weird.”

Sarah Harrison Smith: How did you come to write Invitation to a Bonfire?

Adrienne Celt: After a life-long love affair with Vladimir Nabokov’s novels, and a fascination with his marriage—in which his wife Véra famously catered to his every need, teaching his classes, answering his mail, holding his umbrella—I found out that he’d had an affair, and became irrationally angry. That anger faded, but in its place blossomed a new curiosity: who was Véra, that she would not only devote her life to her husband’s work, but also do her best to erase her own voice from the historical narrative? (She burned a lot of her own letters, so only Vladimir’s would remain for future critics to parse.) What kind of person could be that giving? What might she have gotten in return? And who on Earth was the woman who nearly lured Vladimir away from such a wife?

I also wanted to write about murder.

How did the challenge differ from writing your first novel, The Daughters? 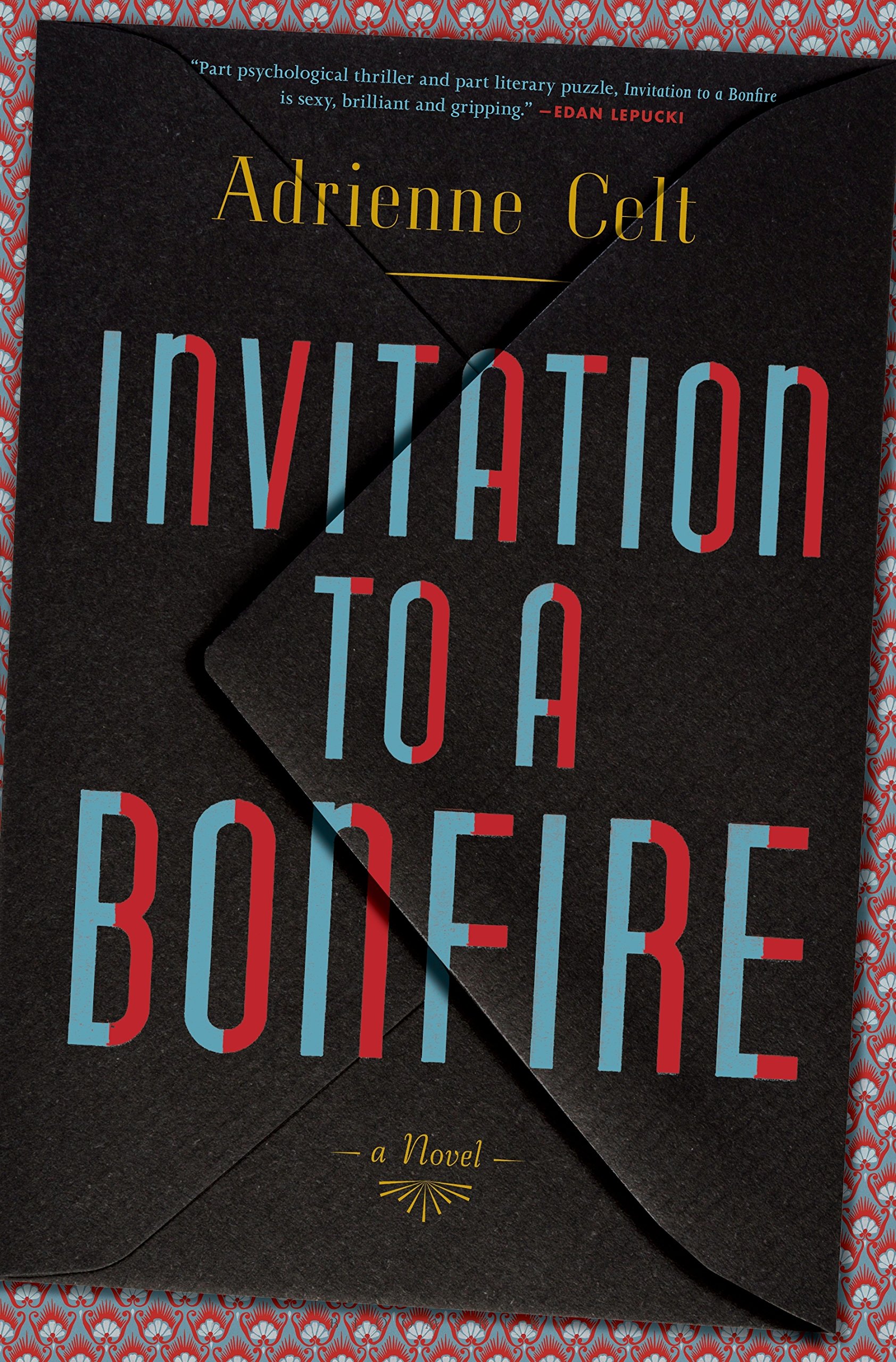 Invitation to a Bonfire

Preview opens in a new browser window.
I wrote the first draft of this book a lot faster than I wrote the first draft of The Daughters, though I think that had less to do with the…shall we say, birth order, and more to do with the fact that the idea for Invitation to a Bonfire came to me almost fully formed. I began The Daughters during graduate school, and originally intended for it to be a much shorter work, so as it expanded I had to re-think the shape and structure many times, to accommodate so much new story. It was easier to wrap my head around the first draft of Invitation to a Bonfire, because I intended it to be a novel from the beginning—and because I had a huge amount of energy sparking around the idea. It intoxicated me.

Each new book is its own project, its own process, its own world. But what these two books have in common is an abiding interest in how to create and protect one’s identity as an artist, and what it means to be a decent person in a sometimes indecent world.

In Invitation to a Bonfire, you based the characters of Vera Orlov and her husband, the writer Lev Orlov, on Vera and Vladimir Nabokov. How did you decide where to invent and where to rely on the lives of the real people? Did you ever consider naming your characters after the Nabokovs?

From the beginning, I knew I wanted to maintain the freedom to invent as much as possible, and let my characters be their own people, without limiting them to historical truths (which are, anyway, usually skewed by interpretation and selective historical editing). So I avoided doing in-depth biographical research, choosing instead to spot-check myself where I wanted the Orlovs’ lives to correspond to the Nabokovs’ (the overlap is fairly skeletal: exile from Russia, an aristocratic background, an intense marriage, a novelist with a teaching job, and of course an affair). Lev Orlov definitely has his origins in my personal impression of Nabokov, but I wouldn’t want to imply that they’re the same person.

Plus, it was important to me that the book be enjoyable to readers even if they weren’t familiar with Nabokov’s writing or personal history—which was one more good reason not to name my couple “the Nabokovs.” But I did want the hints to be there for people who were interested in them. Since Véra was such an important figure in the genesis of the book, I decided to keep her first name more or less the same, as a flagpole for readers who are lovers of Nabokov, and as a hat-tip to the woman herself.

Were there particular books you read to research the Nabokovs and the period in which you set this novel in Russia and the United States?

I’ve been reading Nabokov for so long that his voice and his work were already very fresh in my mind, but I did go back to Lolita and Pnin for a bit of inspiration. Beyond that, a lot of the research I did took place during revisions (I usually don’t do heavy research while writing first drafts), and was aimed at fixing as many anachronisms as possible, and making sure my timelines added up. At one point, I think I actually consulted an old Farmer’s Almanac to check the time of a particular sunrise, though I can’t remember if that actually made it into the book.

Zoya, the Russian refugee who is first a student at the Donne School, and later an employee there, is a lonely outsider who takes refuge in the campus conservatory. Does her character have any basis in fact?

Nabokov did have an affair with a fellow Russian emigrée, but she was (if I’m remembering correctly) a dog groomer, not a horticulturalist. Zoya is inspired by that woman’s existence, in the sense that this whole novel is, but in every other way she is entirely her own invention. (One might argue she also contains a wink to Lolita, though the age difference between Lev and Zoya is not nearly so pronounced as the one between Humbert Humbert and Dolores Haze—and, Lev and Zoya’s affair is entirely consensual, despite the power differential between them.)

You construct this novel through different forms of narrative – letters, oral testimonies, school records. Did you know from the start that you would incorporate those elements, or did you hit upon that method in the course of revising?

It was a little bit of both. The very first piece of this book that I wrote was Lev’s first letter to Vera, and after that, Zoya’s diary entries also emerged very naturally. But there are lots of other historical fragments—newspaper articles, police reports, notes—and not all of those had a clear form in my first draft. It was only on the first or second revision that I decided everything should be able to be contained within a box of documents (or tucking in between diary pages), and from there I had to re-think a few sections, to give them a physical reality.

Have you been surprised by any aspect of the critical or reader reception of “Invitation to a Bonfire”?

So far I’ve just felt incredibly lucky. Readers and booksellers embraced the novel very early on, and as a writer, that’s the best thing you can hope for. Being an Amazon Book of the Month, and an Indie Next Pick? That’s pretty special.

A little bit of everything! I read quickly and voraciously, with my main pleasure being novels, comics, and graphic novels. I love Kate Atkinson, Rachel Cusk, J.M. Ledgard’s beautiful novel Submergence, Tana French, Lauren Groff, Muriel Spark, Dostoevsky—just to name a few. Comics I’ve really enjoyed recently include (of course) Saga and Paper Girls, as well as all the Afterlife With Archie books—when I was growing up, my grandmother had a huge collection of old Archie comics leftover from my mom’s childhood, and since I’m also a fan of horror (books, movies, whatever), seeing this new take on that universe has been an immense treat. And if anyone hasn’t yet read Emil Ferris’s graphic novel My Favorite Thing is Monsters well, what are you waiting for?

Really, once I start listing writers I love, I can go all day. I’ve often terrified friends and loved ones with my endless book recommendations.

In addition to writing novels, you also create comics. Do those endeavors help each other along in any way? Are there connections between your work in the different media?

I started making my webcomic, Love Among the Lampreys (which is full of weird animals with human ideas) to give myself a break from writing—it was a way to create art that wasn’t subject to anyone’s judgment except my own, at a time when I was in a lot of writing workshops (where the whole point, arguably, is judging and being judged). Now, writing and comics offer me a creative balance: when I’m tired of narrative, or just want to express a deep but self-contained feeling, a comic is a safe space, free from long-term concerns about story coherence or character consistency. It’s a place I can be purely weird. But when my hand starts cramping from all the cross-hatching, or simply when I have a larger idea in mind, I always come home to fiction.

Thank you so much, Adrienne Celt.