The Nightingale by Kristin Hannah

This is a great month in books, and our top 5 picks of February reflect that. There's good fiction and nonfiction. There's the serious, the funny, and the plain bizarre. Here's a wrap-up of the first half of our Top 10 Best Books of the Month. If you want to see the entire list (and category picks), click here.

Spotlight: Sara Nelson reviews Kristin Hannah's The Nightingale for Amazon this month, a book that she describes as "both a weeper and a thinker." Nelson writes, "the book tells the story of two French sisters—one in Paris, one in the countryside—during WWII; each is crippled by the death of their beloved mother and cavalier abandonment of their father; each plays a part in the French underground; each finds a way to love and forgive." An interesting wrinkle in the story is that we know it's being narrated by one of the sisters—the one who survived—but Kristin Hannah doesn't reveal her identity until the end of the novel. This one will be big.

Pick #2: Here's a debut novel that got a bunch of prepublication buzz. Blurbs from Khaled Hosseini and National Book Award-winning Phil Klay, among others, really raised the bar of expectation on this one—and we were happy to see that the buzz was deserved. Green on Blue by Elliot Ackerman is the story of the war in Afghanistan as told from the perspective of an Afghani. In the beginning of the novel, Aziz is just a boy; but we will watch him grow up in a world we can only imagine. Amazon's Al Woodworth writes, "Green on Blue unravels the complexities of the Afghan war, then dissolves it all into the brutal heartache of reality—where home is a battlefield, fighting is a job, vengeance is a moral right, and war is 'a racket…it had no sides. Each was the same as the other.'” There has been a lot of great literature coming from veterans of the wars in Iraq and Afghanistan, and Ackerman is one of those with a story to tell. What makes this one different is that he's writing from the point of view of an Afghani.

Pick #3: Had enough of war? Nick Hornby's Funny Girl might do the trick. The story is about a young television actress, Sophie Straw, who comes of age in 60s London. In Sara Nelson's words, "Sophie Straw is the gorgeous girl from Blackpool who, like Lucille Ball (to whom Hornby slyly introduces the starstruck Sophie in a late scene), is originally deemed too pretty to be funny; like Ball, she manages through wit, decency and pratfall to become her nation’s sweetheart. She’s a great character, and readers—like everyone in swinging London—will love her."

Pick #4: There’s a statistic that surfaces early in Jill Leovy’s Ghettoside that should catch people's attention: black men compose about 6% of the country’s population, yet they are the victim in nearly 40% of homicides. Leovy, who writes for the LA Times, took her title from a gang nickname for South Central LA, and her basic premise is that black men are killing black men at a ridiculous rate (for every white woman who is murdered in Los Angeles, 100 black men are murdered). As you might expect, this book is an indictment of sorts; but Leovy has a deeper understanding of the situation than most of us. She's sensitive to the people who are essentially trapped in the Ghettoside world (and mentality), but she's also sensitive to—and very supportive of—the police. It could even be argued that they are the heroes of this book, as she shadows the cops, particularly homicide detectives, composing her book and its message around the story of a single murder investigation in Watts. It's an intense book, but it comes across as reasoned and well-researched. It's part indictment/part antidote.

Pick #5: We've all heard the phrase "stranger than fiction." Now you can read the book! The subtitle to Paul Fischer's A Kim Jong-Il Production: The Extraordinary True Story of a Kidnapped Filmmaker, His Star Actress, and a Young Dictator's Rise to Power pretty much says it all. I'll just add that the filmmaker and the actress were huge stars in 60s Korea; they were kidnapped in 1978 by, yes, Kim Jong-Il; and they weren't released until 1986 (actually, they escaped). This is a fun and well-researched book. And yes, they did make movies for North Korea.

I'll post the rest of the Best Books of the Month next week, including our Debut Spotlight. 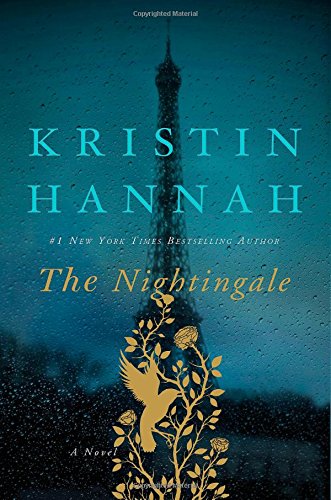