Best literature and fiction of February

February brings fiction readers a historical novel that finds accusations of witchcraft quickly infecting a grieving but resourceful community; a fantastical historical whodunit; a novel that's a blend of Etaf Rum's "A Woman Is No Man" and Tara Westover's "Educated"; and more... 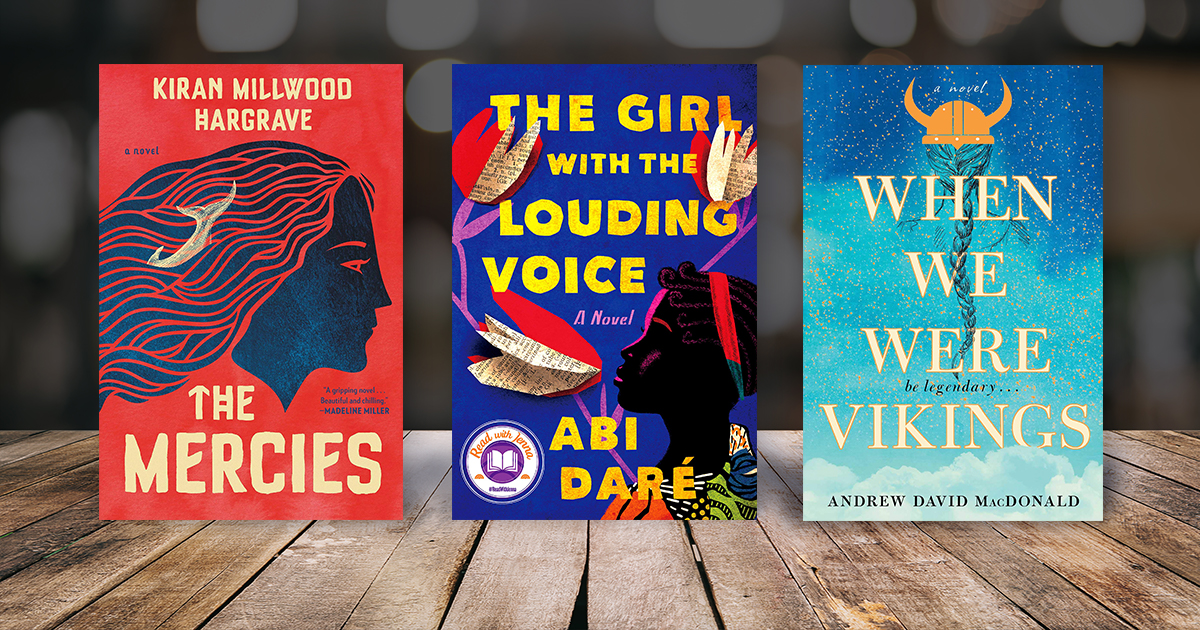 February brings fiction readers a historical novel that finds accusations of witchcraft quickly infecting a grieving but resourceful community; a fantastical historical whodunit; a novel that's a blend of Etaf Rum's A Woman Is No Man and Tara Westover's Educated; an ungentle but poignant story of family, faith, and hard choices; and more.

The Mercies by Kiran Millwood Hargrave

It’s 1617 and there isn’t much that is not unforgiving when it comes to the far-flung and frigid town of Vardø, Norway, including the sea that surrounds it, which swallows the majority of its male population in an epic storm while they’re out fishing. The women are forced to fend for themselves or starve, but in a world where gender roles are prescribed and biblical patriarchy reigns, starving would be more acceptable than doing the “men’s work” necessary to survive. For the few that deem this option impractical, the fact that they are able to do so with relative ease means that witchcraft must be involved! And the pious are only too willing to bite the hands that are feeding them, and cooperate with the man recruited to restore the natural order of things. It’s a good thing Kiran Millwood Hargrave’s The Mercies is so beautifully written, it balances the brutality of what unfolds, but doesn’t blunt the impact of a cautionary tale that is surprisingly relevant for its historical setting. A page-turner that is infuriating, baleful, but full of stubborn hope, you won’t cry mercy before finishing it. —Erin Kodicek

Things in Jars depicts a Victorian world in which wealthy men of science compete with circus owners to purchase and collect all manner of oddities. And it’s only after Bridie Devine, a stout, fearless lady detective, calls to the home of a Mr. Berwick, whose daughter Christabel has been kidnapped, that Bridie realizes that the elder Berwick is also a collector, that his “daughter” is a mermaid with pike teeth, and that she may be the stolen jewel of Berwick’s collection of marine oddities. No matter. Bridie understands the mind of a collector—she’s been collected in her time and now collects others, such as her 7-foot-tall circus performer-turned-maid, Cora Butter. The difference is, Bridie, “captain of herself,” is Noah, collecting to keep the vulnerable safe, not to dissect or display them. As Things in Jars opens, she’s curious to find she’s added another, this time spectral, being to her collection: Ruby Doyle, the ghost of a deceased boxer, still clad only in the boots, drawers, and top hat he wore at the time of his death. Together, as her search for Christabel brings her into London, “awash with the freshly murdered,” where every life has a price—big or pitifully small—Bridie, Ruby, and Inspector Valentine Rose of Scotland Yard will form a prickly but funny love triangle as they pursue Christabel, the only pinpricks of humanity amid the stink, the rot, and the viciousness of the river city. —Vannessa Cronin

When We Were Vikings by Andrew David MacDonald

When We Were Vikings is a tender, witty novel about protecting your tribe and living your own legend. Zelda is a young woman obsessed with Vikings: their language, their legends, and, most of all, their heroes. Zelda was born with fetal alcohol syndrome and lives with her older brother, Gert, who struggles to keep them afloat financially. Due to his appearance, Gert is often mistaken for a thug, but Zelda and Gert’s girlfriend convince him to live up to his potential and go to college. But the bills still need to get paid, so Gert gets involved in some shady business in order to provide for the two of them, and the people he’s dealing with are dangerous and cruel. Though Gert is responsible for Zelda, sometimes she has to step in and save him too; their love and loyalty is fierce and wonderful. The novel is Zelda’s account of her quest to become a hero of her own making, to live a life bigger than the label of developmentally challenged. With Zelda’s unique narrative voice in my head, When We Were Vikings made me laugh, cry, and chew my fingernails down to stubs in anticipation of what would happen next. Moving, memorable, and utterly original. —Seira Wilson

Abi Daré’s debut novel, The Girl with the Louding Voice, is like a blend of Etaf Rum’s A Woman Is No Man and Tara Westover’s Educated (so buckle up). In it Adunni, a 14-year-old Nigerian girl, endures a series of unfortunate events in her quest to get an education. The alternative is a life of servitude, something Adunni experiences firsthand when, after escaping an arranged marriage, she lands herself in an even more precarious position in the employ of a sadistic wife and her debauched husband. Buoyed by the memory of her late mother, who wanted her daughter to buck cultural confines and find her (louding) voice, and with the help of a few unlikely allies, Adunni sets about overcoming her sorry lot. The Girl with the Louding Voice is a rousing tale of courage and pluck, and unexpectedly charming. It’s also a reminder of the power of books, especially for those of us afforded the luxury of taking reading, and learning, and dreaming for granted. —Erin Kodicek

Eden Mine by S. M. Hulse

We named S. M. Hulse’s debut novel, Black River, a Best Book of the Month in 2015, and her second novel, Eden Mine, is just as stunning, if not more so, as her first. Like Black River, there is a toughness of spirit, a bleakness of light and circumstance, which twists thrillingly with every page. In Eden Mine, Hulse weaves a rich yet understated story of a crumbling mining town in the west and the unforgiving violence that forever alters lives, communities, and the simple ability to hope. When Jo Faber’s older brother is accused of bombing the neighborhood church, Jo is left alone to deal with the fallout. Samuel is a suspect for a variety of reasons, and as Jo reckons with her brother’s crime and its effect on the lives around her, she must come to grips with the death of her mother as well as her own entrapment and future. Hulse is a master storyteller—with every revelation she leads you further into the complex realization of how fanaticism and violence can erupt in a landscape as beautiful as Montana. A searing, eviscerating novel by a great, great writer. —Al Woodworth