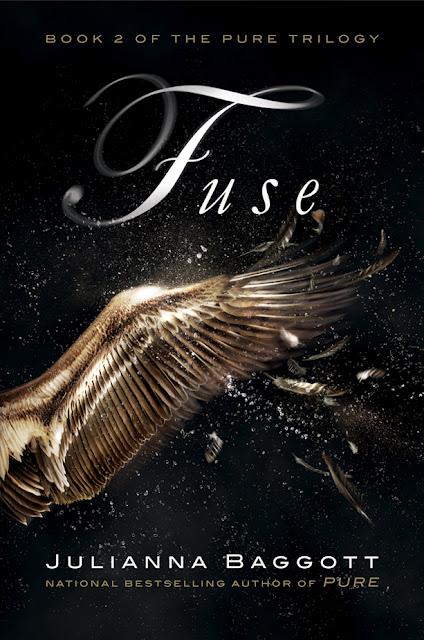 Julianna Baggott’s mega-deal for book and film rights to her post-apocalyptic YA Pure series paid off when the first novel Pure went on to become a bestseller. The movie version is also going forward, with writer-director James Ponsoldt, the director of Smashed and The Spectacular Now, on board. The books postulate a world that “went from amusement parks, movie theaters, birthday parties, fathers and mothers…to ash and dust, scars, permanent burns, and fused, damaged bodies.” Survivors are gang-pressed into militia or killed, except for the Pures who escaped the apocalypse and live in domes.

Now that she’s back with Fuse, the second book in the series. Omnivoracious caught up with her to ask about this fascinating if sometimes grim vision of the future—and whether any of the reactions to Pure surprised her.

“When setting out to write Pure,” Baggott told Omni, she knew she “was blurring genre boundaries in ways I didn't understand.” The novel was a “huge departure” for her: “a sixteen-year-old girl with a doll head fused to her fist trapped in this ashen landscape.” She had to “hole up and tear myself loose from my own expectations as well as the expectations of others and try to build this world. It was also my first really intricate thriller-esque plot and my most psychologically twisted novel to date.”

“Still, I was surprised when Publisher's Weekly called it horror (in an appreciative way, thankfully). I had no idea what I'd made really, and since I'd turned my back on critical voices, I was stunned when the New York Times Book Review reviewed it at all, much less generously, much less picking it as one of their 100 Notable Books of the Year. It was such a lonesome process in some ways that it was strange just to lift my head up and find others had read it at all.”

The challenges of returning to the same place for Fuse included wanting to “widen the landscape so I had to find a way to expand the world outside of the Dome while getting more psychologically intimate inside the Dome. In Pure, the world itself was a character that took a lot of time to establish on the page. In Fuse, I was freer to let the established characters really fly.”

As for finding the right balance when writing a dystopia, Baggott said, “It's all about the physical threats outside of the Dome versus the emotional and psychological torture within it. My goal is to find a kind of structural balance between them that gives the reader different kinds of twists without easing up.”

New settings in Fuse include a post-apocalyptic Washington, DC. “It was liberating to finally get to play with places that are iconic and familiar and to make them new, in my own way. And the characters travel pretty far beyond that too. New terrain.”

Readers can also expect new elements including “a new kind of Dust, in particular, that exists outside of the stark remains of an amusement park called Crazy John-Johns. During this stretch of writing, I was happy that ‘creature creation’ was part of my job description—I found real joy in the making.”

Also of interest: readers will find new, original nursery rhymes in Fuse, just like in Pure. “My husband and I make these up together. In Fuse, I've created characters called the ghostly girls, who were ‘boarding school girls who survived the blasts and walked to the river singing their school anthem. Some of the girls were blind because they’d been lying in the grass, staring up at the sky when the Detonations lit it up…They huddled by the river. Some waded in. Water was good because it soothed the burns…Their skins turned papery, peeling away from their arms, curling like lace collars at their necks. In the end, people knew them by their uniforms, what was left of them.’”

The nursery rhyme for the ghostly girls is a good teaser for Fuse, available now…