While a new decade is a big deal, I’m somehow still writing “2019” instead of “2020.” Maybe I’m subconsciously resisting living in a year I used to think of vaguely as “the future.”

But the future is bright indeed when it comes to fantasy books, as talented newcomers bring fresh ideas, unconventional heroes, and surprising new magic systems into the already rich fantasy genre.

We reached out to six top authors to see which new writers they’ve been reading and loving, and here is what they had to say.

Check back next week to see which new sci-fi writers have been impressing the likes of A.G. Riddle and Fonda Lee. 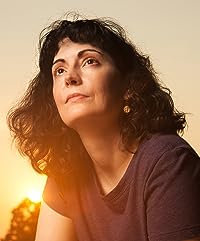 There are so many brilliant new writers in SF/F right now, it was hard for me to pick one, but I wanted to recommend R.F. Kuang. Her first two novels, The Poppy War and its sequel, The Dragon Republic, are dark epic fantasy, inspired by different aspects of China's history and culture. The mix of grim reality and the epic sweep of a magical war makes for a great story, but the emotional impact on the characters, and the struggles of a nation being destroyed by unstoppable armies, threatened by colonialism, and fighting to survive, is even more gripping and urgent. I have no idea how this series is going to end or if any of the characters are going to survive, and I can't wait to find out. —Martha Wells

Martha Wells is the author of the Books of the Raksura series as well as the four Murderbot Diaries novellas, which the Amazon Books editors have frequently named as among the best sci-fi of the month. Wells’ first full-length Murderbot novel, Network Effect, hits shelves on May 20, 2020. 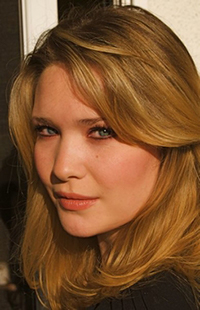 Serpent & Dove hooked me from the very first paragraph. When it landed on my doorstep, I had planned on reading the first few pages before cooking dinner, but I found I couldn’t stop until I finished this dazzling story of witches and the hunters who are sworn to destroy them (we wound up ordering in that night!). Shelby Mahurin’s debut has everything I love in a fantasy novel: intricate and compelling world-building, slow-burn yet sizzling romance, and a badass and utterly unique heroine who leaps off the page. I’m counting down the days until the sequel releases—this novel is now one of my favorites! —Sarah J. Maas

The best-selling author of the seven-book-long Throne of Glass series for young adults, Sarah J. Maas has recently written her first adult novel, House of Earth and Blood. This 800-page epic reaches readers on March 3, 2020. (Author photo by Josh Wasserman) 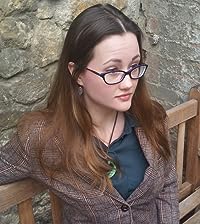 Jennifer Giesbrecht’s The Monster of Elendhaven is oily fantasy horror that stayed with me long after I read it. Her tale of deliberate, dandified Florian Leickenbloom and the gross, murderous Johan is not one that centers good people, but it is an innately satisfying yarn of revenge. The decrepit port city of Elendhaven itself is as much a character as either Florian or Johan. It’s a short read, but feels like a long, enjoyable punch to the gut. —Tamsyn Muir

The Amazon Books editors selected Tamsyn Muir’s debut novel, Gideon the Ninth, as the best SF and fantasy book of 2019. Muir continues her Locked Tomb trilogy on June 2, 2020, with Harrow the Ninth—and we cannot wait. 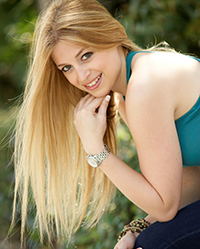 I’ve been devouring young adult dark fantasy, so when a reader of mine recommended Relic by Bronwyn Eley, the description pulled me in immediately. Eley created a rich high fantasy world that captivated me from beginning to end. Unique and imaginative, Relic transports you into the story of a young woman forced into servitude by the lord of her city, where she must bear the brunt of a deadly gem that sickens and eventually kills those regularly in its proximity. Can she survive the poisonous magic of the amulet? Amongst the recent flood of young adult fantasy novels, Relic stands out as a must-read! —Michelle Madow

Michelle Madow is the best-selling author of 24 young adult fantasy novels. The fourth book in her most recent hit series, The Faerie Games, will hit Kindle shelves on February 23, 2020. 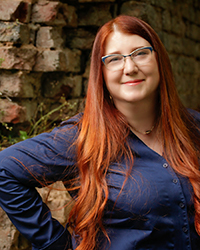 Long before I met the one-woman hurricane that is A.K. Larkwood in person, her extraordinary debut, The Unspoken Name, swept me away. The prose is evocative of Ursula K. LeGuin, the characters of Fritz Leiber, the synthesis purely Larkwood’s glorious own. It’s grim, gory, hilarious, and romantic. Her world-building is masterful and directed, and while Larkwood plays with archetypes which might sound familiar, she does so in a way that feels brand-new. I’m so pleased that this is the first of three books, because I can’t wait to read more about Csorwe’s continuing struggles to find her place in a strange and dangerous universe. —Jenn Lyons

Jenn Lyons’ fantasy debut, The Ruin of Kings, set a young, untested hero against the machinations of empire-builders. Lyons' third book in the series, The Memory of Souls, reaches readers on August 25, 2020. 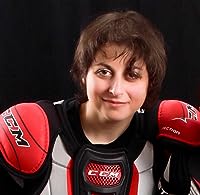 I’m a sucker for kick-ass heroines, fantasy worlds and shifting power-dynamic romances—so it’s unsurprising that Swati Teerdhala’s The Tiger at Midnight caught my eye. The conflict between Esha, an infamous rebel assassin, and Kunal, the elite soldier sent to hunt Esha down, gripped me from the start. As political intrigue launches the pair’s cat-and-mouse game, Kunal and Esha struggle between their growing desire to protect one another and their duty to hurt each other instead. Mix in fun Catch Me If You Can–like tactics and rich world building, and you see how The Tiger at Midnight is destined to win readers’ minds and hearts. —Alex Lidell

Alex Lidell is an Amazon top 100 author and Amazon Breakout Novel Awards finalist. Great Falls Cadet, her next fantasy romance novel in her Power of Five series, comes out February 7, 2020.

Want to make sure you don’t miss a new release from any of these authors? On Amazon, find one of their books, click on the author’s name to go to their author page, and then click on the +Follow button below their photo. You can click the button again to unfollow an author at any time.