Marie Force on the Beauty of the Long Series 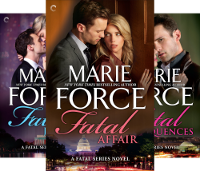 Marie Force is an author to be reckoned with in the romantic suspense arena. Her Fatal series has just hit the 12-book milestone, and readers keep clamoring for more adventures with her protagonists Sam and Nick.

Force understands well the lure of long-term, connected stories, as she's also the author of the Quantum series, the Gansett Island saga, and the Green Mountain books.

Here, Force tells us about the beauty of writing the long series, and why she and her readers enjoy them so much.

Eleven years ago, I read about a congressman found dead in his Washington, DC, area home. Initially, it was investigated as a possible crime, which led me to wonder who would have jurisdiction if it was determined to be a crime. The answer to that question was the Metropolitan DC Police Department. That news story and the questions that came from it led to Fatal Affair, the first book in my Fatal Series, which features Sam Holland, a DC homicide detective, and Nick Cappuano, her politician love interest. The series follows Sam and Nick as they balance an epic romance around the madness of two high-profile jobs. Book 12, Fatal Chaos, was a New York Times, USA Today and Wall Street Journal bestseller in early March, and book 13, Fatal Invasion, is out in November. My readers tell me I’m required to continue writing Sam and Nick’s story for the rest of my life, which is fine with me!

Writing a long series presents a number of unique challenges, especially when each book features the same characters. Keeping the romance between Sam and Nick sizzling in each new book takes some doing, and some creativity. In Fatal Chaos, there was a chance that Sam could be indicted for something she did in a previous book, and Nick makes a joke about “playing conjugal visit,” which they then act out in a scene that is both funny and sexy. I also try to come up with just enough conflict between them to keep them madly in love but still growing as a couple. Sam has had fertility issues her entire adult life, which has made for a roller coaster ride for her and Nick as well as the readers who yearn to see her get what she most desires. I argue that as soon as she has what she wants most, the series becomes less interesting to read and to write. The goal is to keep Sam and Nick’s story continuously moving forward with interesting new professional and personal challenges that readers will find compelling enough to keep them coming back for each new book. If there’s a downside to writing a long series, I haven’t found it yet. When writing a Fatal book, I feel like I’m visiting with old friends who’ve been part of my life for more than a decade! I still find that hard to believe. When I was writing Fatal Affair, I never imagined I’d still be writing Sam and Nick’s story all these years later.

I’m absolutely thrilled with the response of readers to this series. They love Sam, Nick, their son Scotty, and their friends and family as if they are real people, and there’s such satisfaction in knowing that they feel like time with them is like coming home. It’s an honor and a pleasure to write characters who feel real not only to me but to the readers who eagerly await each new book. Sam is my favorite of all the characters I’ve written in my career. She is truly one of a kind—and I wouldn’t have her any other way.

Incidentally, it was later determined that the real-life congressman suffered a heart attack, but this story is proof that you never know where inspiration for compelling fiction will strike. 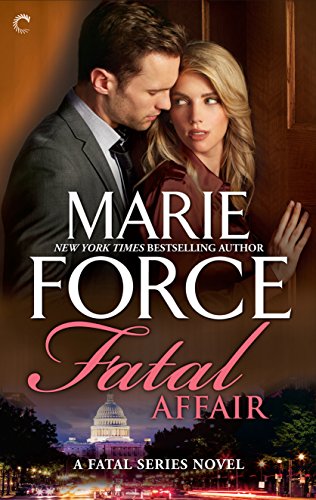 A History of Violenc...
Read