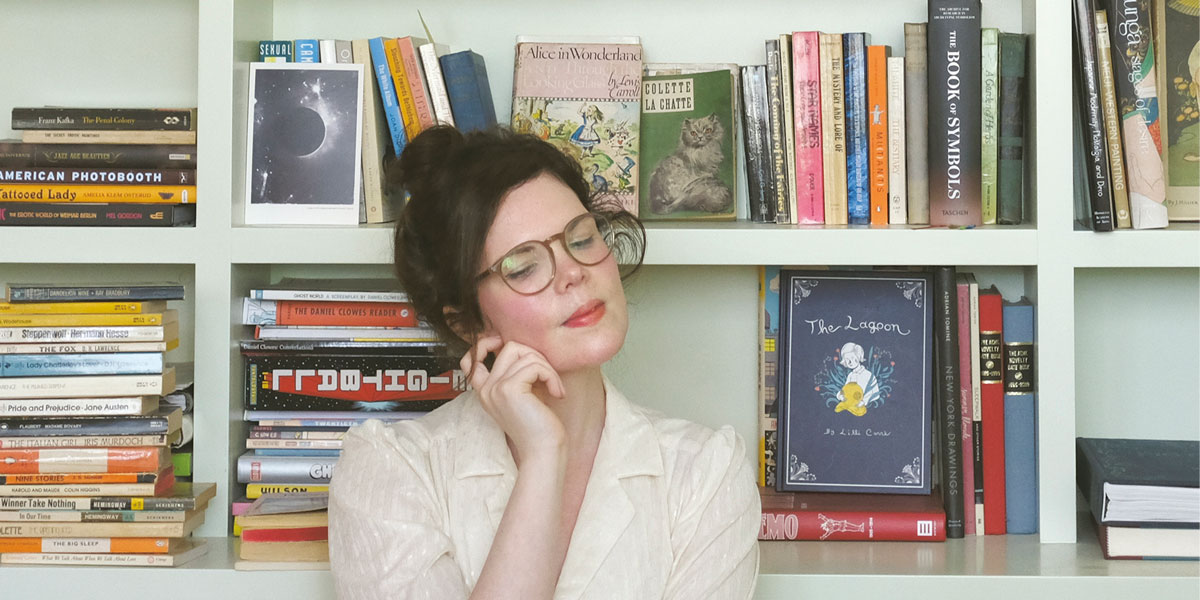 Each new page of The Imaginaries had me saying "oh, wow" over and over in my head. This slim volume is unusual. And magical.  Emily Winfield Martin is a remarkable artist and her book is about finding inspiration from a single sentence that comes out of nowhere, with no context except that which we imagine for it. 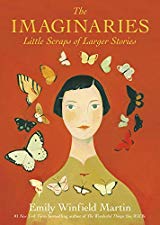 So, what kind of book is The Imaginaries? A picture book that a middle school age reader, seemingly too old for picture books, could fall in love with? Yes. Is it a book of art? Definitely. A book to give anyone who aspires to write a story or light their imagination on fire? You bet.

Below is a piece from Martin about the origin of The Imaginaries, and the kind of reader Martin was as a child; one who might have picked this book up and carried it home.  You'll also see a few examples of the illustrations in the book before they were fully grown. This is the kind of unique, hard-to-categorize, book that I get great pleasure in finding for myself, and even more in sharing with others. If you want to see more, there are additional images of some finished illustrations here.

For the last few years, I’ve been making The Imaginaries. Really, for about ten years, I’ve been making it. I just didn’t know it yet. It’s something I never knew would—or could—exist, a home for bits of the worlds I’ve made, for painting new things to live alongside my recurring themes and obsessions, for working on little scraps of imaginary stories. And over the course of making the book, my mind would sometimes meander to the same place, the same question—another “imaginary,” if you will.

What if I had found this book?

I, being a younger version of myself.

I imagine finding it on one of the long summer afternoons I spent in the public library, where my parents would drop me off to wander the aisles for hours. Maybe I’m about twelve. Time traveling now, I see the red cover and little golden-yellow spine of the book, my book, labeled and jacketed with special library tape. I’d add it to the stack in my arms, my omnivorous stack of things probably both Too Old and Too Young for me. Maybe (probably) books also Too Strange for a twelve-year-old girl in a small library in rural Georgia who was ravenous for special things, for the past, for the hidden, for myth . . . all the things I’m going to (lovingly) place under the umbrella of The Unusual.

Or maybe it didn’t happen that way at all. Maybe a beloved teacher, that one who really saw me, who knew me, maybe she would hand me my own book. This isn’t unthinkable, because I had a teacher like this. She let me borrow books. She saw the beauty in the things about me that felt weird, or awkward, or precocious. She saw my weirdness as specialness.

She’s the one who put Nick Bantock’s Griffin & Sabine trilogy in my hands, which felt to my middle-schooler self not just like a treasure box of beautiful, achingly mysterious letters, but something bigger. It was the same feeling as when I first really saw my mother’s copy of Alice’s Adventures in Wonderland (seven or so), or devoured Roald Dahl’s books (second grade), or when I saw Tim Burton’s Edward Scissorhands for the first time (fifteen-ish.) It was the feeling I had when I first peered into the shadowboxes of Joseph Cornell (eighteen or nineteen) or felt lost in Henry Darger’s panoramas in my early twenties, or Tim Walker’s photographs, or Angela Carter’s stories a few years later.

It’s a discovery, a specific kind of falling in love, of voluntary bewitchment. But maybe more important than those things . . . it’s a kind of permission.

When someone, say, a twelve-year-old girl wandering library shelves, is ravenous for specialness, what she is almost certainly looking for is a world outside of the narrow one that surrounds her. When she finds other people’s books (and art and films), not only can she wander in the worlds they have made, but she has permission, she knows it is possible, to also give herself over to a world of her own making. It is a kind of metaphysical kinship, transcending time and place, with unwitting mentors. The existence of their worlds is evidence that the fledgling world inside of her is a worthwhile place, and that building it is possible.

And that is what I hope this book might have been for her, for the imagined alternate-reality small Emily.

It’s what I hope The Imaginaries will be to the living, breathing version of her now, in the year 2020, whether she is twelve or seven or seventy-seven. Whether she is actually a boy, or a dentist, or a flight attendant. This scrapbook of mysterious creatures, willful girls, and strange magic, I made it for them. This book is my message in a bottle for someone to find, in the lighthouses that are libraries and bookshops, a reminder to follow your own white rabbits, your obsessions, your specialness. For that it is how paintings get made, beautiful buildings get built, books get written, and adventures begin.

When the outside world howls and rattles in chaos, it can feel futile to believe that the world inside of you, the one you imagined into existence, matters. But that’s exactly the moment we most need it—a refuge, a map back to yourself, that might, without you noticing it, become something else entirely.

Maybe a magical little book with a golden-yellow spine. 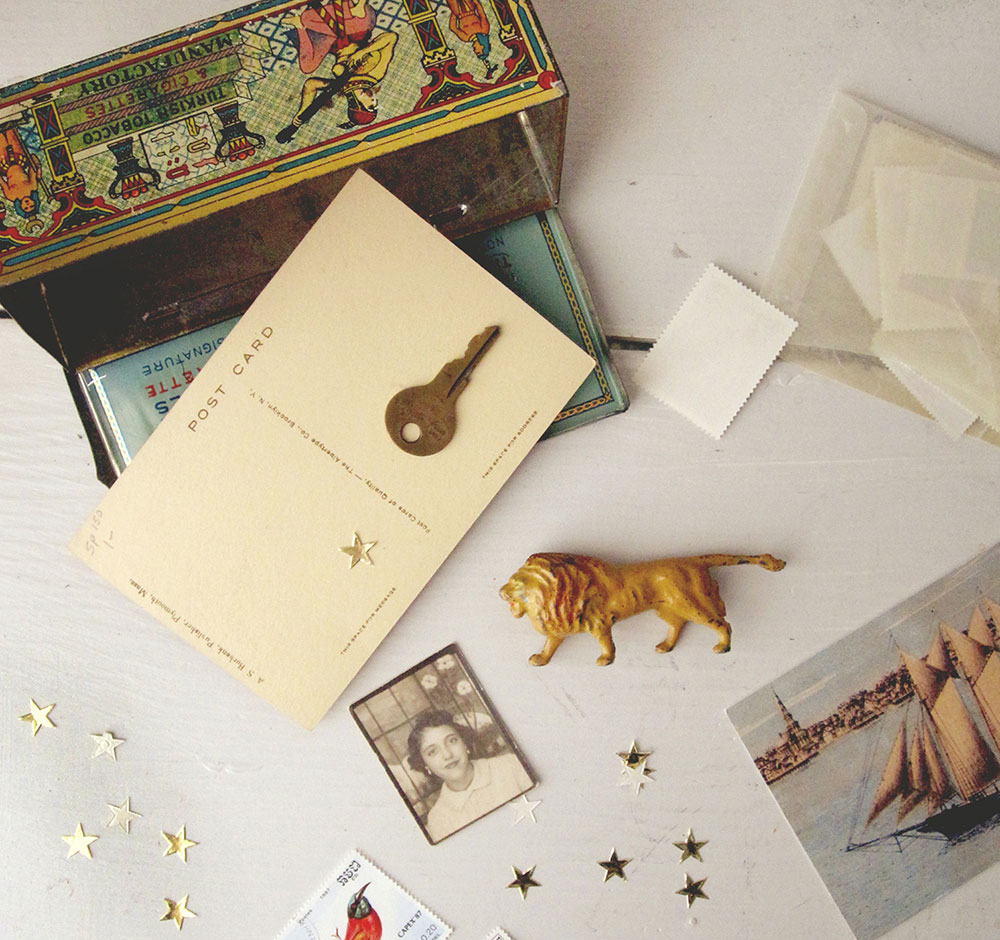 A box of found objects is really a box of inspiration... 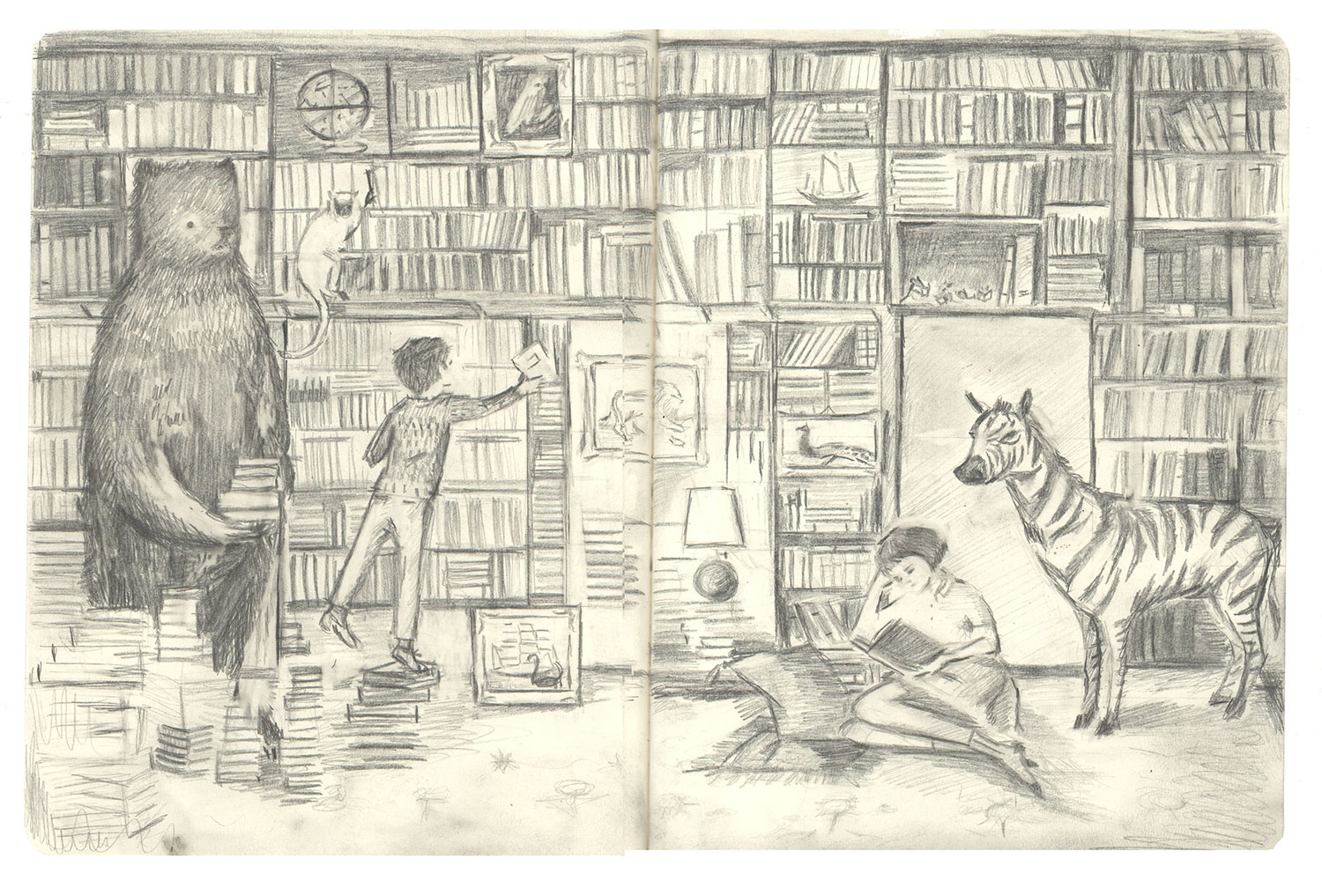 The sketch of what became the two-page illustration for a scrap of paper that says. "Not all libraries are quiet." 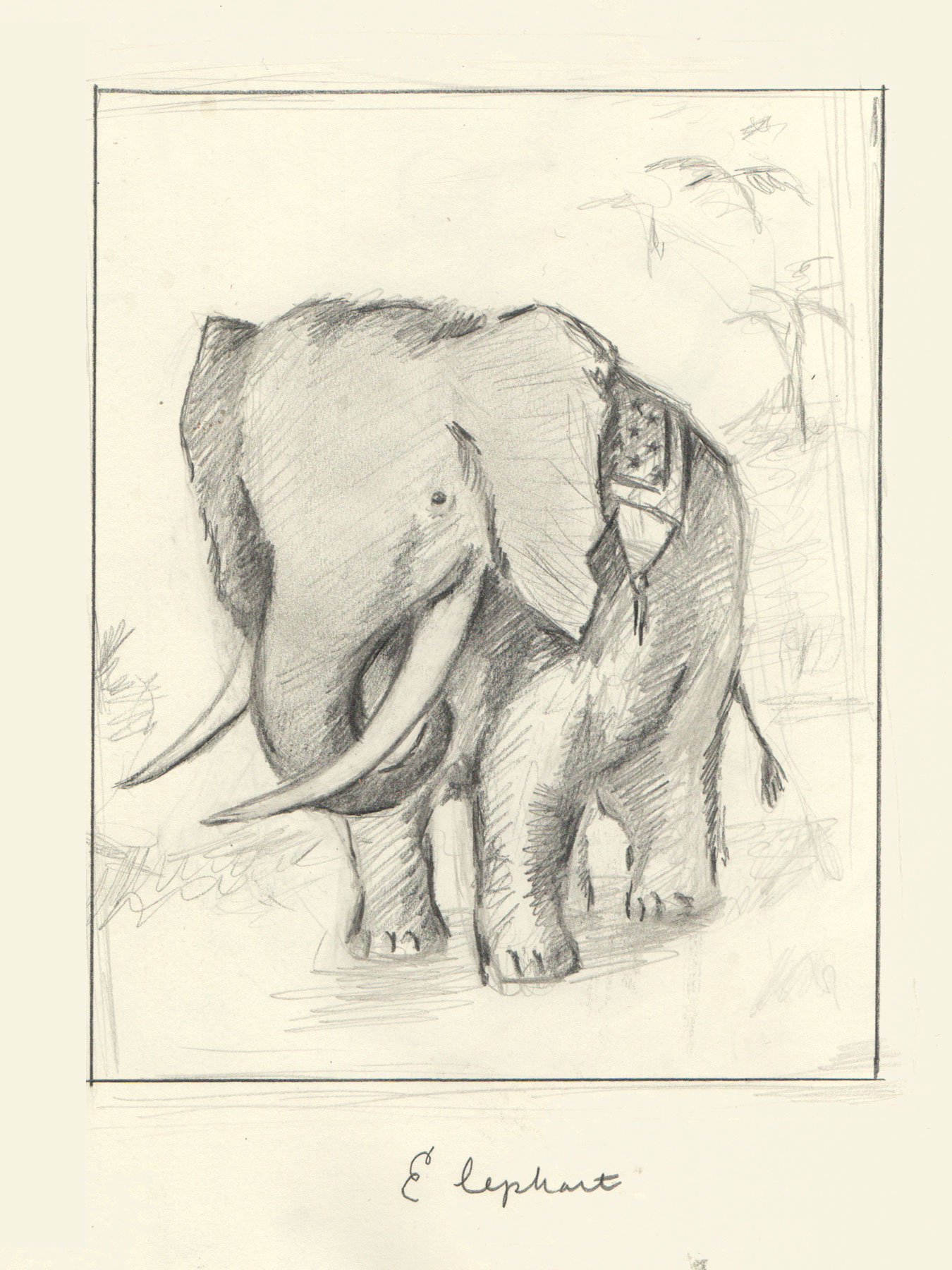 The sketch for a beautiful painting to tell the story of a line on a postcard.  The line is
HE CAME FROM AN ANCIENT FAMILY OF ELEPHANTS. 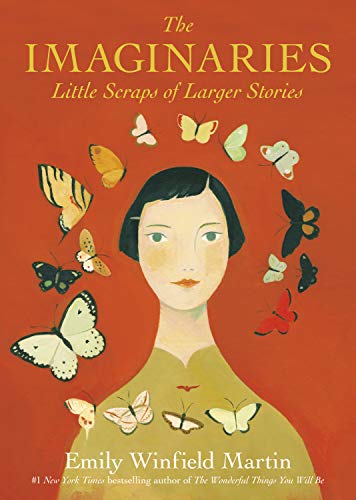