Take me out to the ballgame! Six baseball novels to read in the postseason

It’s that time of the year, when your baseball team is either playing thrilling games in the postseason or has retired their gloves, bats, warm-up songs, and begun reflecting on their 2019 efforts. For my dear Mets, it’s the latter; which means, watching baseball is bittersweet. So for those of you like me without a team to root for, here are some great novels to buoy your spirits. And for those still watching religiously – a few selections for the seventh inning stretch. 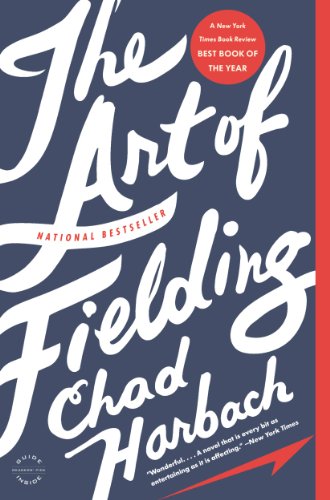 The Art of Fielding: A Novel by Chad Harbach

Chad Harbach’s novel dominated the headlines in 2011 when it first published – and we loved it: we named it a Best Book of September, and later the Best Book the Year. Henry Skrimshander is a college shortstop phenom – destined for the big leagues. But when a routine throw goes disastrously off course, his life and the fate of four others in his college community are upended. The book follows Henry on and off the field, along with his friends, college administrators, and others, as each confront their deepest hopes, anxieties and secrets. Baseball is the backbone of this page-turning book, but it is also about how we are shaped by our mistakes – bad throws, bad swings, bad relationships, bad decisions. The best part about the book is that Harbach knows baseball – and just like rooting for your favorite team, you will sit on the edge of your seat and pump your fist as the Harpooner’s come to bat. 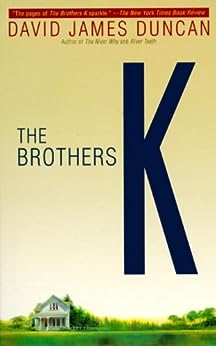 Years ago a friend recommended this novel to me and I fell hard for Duncan’s celebration of family and baseball. At once moving and comedic, The Brothers K follows the Chance family across generations – through their ups and downs, growing up and growing apart, and coming back together when tragedy strikes. Baseball metaphors are woven throughout the book, as each brother navigates their childhood consumed by their father’s passion for baseball and their mother’s fervent religious beliefs. As they come of age, their lives become shaped and fractured by their family conflicts and the Vietnam War. Like many other books on this list, The Brothers K is a great American novel, whose strength relies not on the sport but the characters and players that make it come to life. 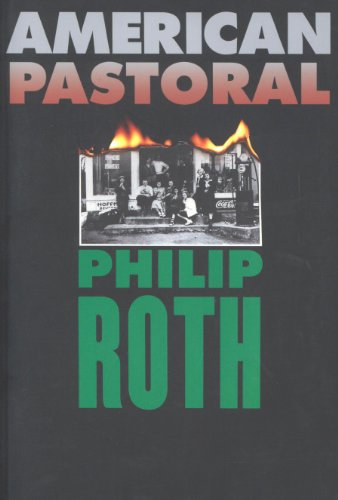 Okay, so maybe baseball isn’t at the crux of the novel like some of the other books on this list. But it’s Philip Roth at his best – and he was a huge fan of baseball. In a New York Times article in 1973 he wrote about playing the game as a child, and how and why it captivates us, “baseball was a kind of secular church that reached into every class and region of the nation and bound us together in common concerns, loyalties, rituals, enthusiasms and antagonisms.” Often writing about the immigrant experience, Roth used baseball as a place to explain the hopes and dreams of his characters—to thrilling effect. In American Pastoral, Swede Levov is a high school baseball star, who has everything going for him, but as the turmoil of the 60s intensify his stable middle-class life goes up in flames. It’s a searing, sweeping portrait of America and the fracturing of dreams, generations, promises and allegiances. And if you want even more baseball from the great Philip Roth, check out his novel, The Great American Novel, which follows a baseball team of ex-cons and war veterans. 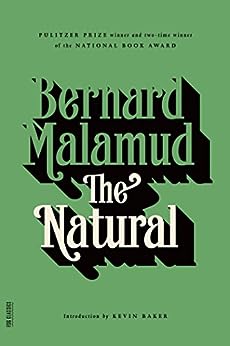 The Natural by Bernard Malamud

Bernard Malamud’s debut follows Roy Hobbs, a baseball prodigy whose career is derailed on the way to try outs for the Chicago Cubs when he is shot in the stomach. Fifteen years later, keeping his past under wraps, Hobbs makes his Major League debut, trying to reclaim his rightful place on the field and ultimately, make his dreams of becoming one of the greatest players of all time come true. But, like all good stories there are forces that conspire against him: baseball bookies, nosey reporters, crooked owners, mysterious women and, at times, his own ego. Ultimately, The Natural is about a player desperately trying to live up to his own conception of himself and his potential. Suffice to say, as a Mets fan, I can relate.

The Southpaw by Mark Harris

For those that want to get inside the mind of a pitcher, look no further than Mark Harris’ enthralling, hilarious, tale of lefthander Henry Wiggen and his journey from small town baseball to the bright lights of the World Series. Narrated in a kind of vernacular slang, it’s a light-hearted view of 1950s baseball, before free agents and double digit million dollar contracts. But it’s also about growing up and discovering that there just might be more to life than winning 20 games. And for those that get hooked rooting for a fictional leftie, there are three other books in the series, including Bang the Drum Slowly, which was later made into a movie. 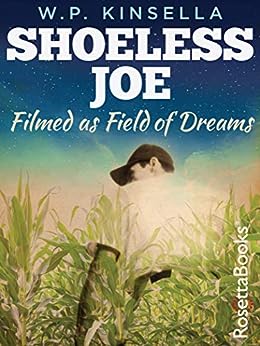 Canonized by the movie Field of Dreams, Kinsella’s novel tells the story of Ray Kinsella, who is obsessed by the beauty and history of baseball—especially Shoeless Joe Jackson, and the Black Sox Scandal of the 1919 World Series. You know the story: when he hears a voice telling him to build a baseball field in the middle of his farm to give his hero a shot at redemption, he cuts down his crops and makes a diamond. And thereafter, the legends of his mind begin to appear. An enchanting novel of hopes, dreams, finding home (plate) and the maxim ‘if you build it, they will come.’ So…2020 Mets, here we go!