In this week's version of weekend reading, we are keeping true-to-form. Seira is reading a twisted fairytale. Jon is following the darkness. Erin is reading a book that is a strong Best Book of the Month contender. Sarah is reading Elin Hilderbrand, again. And I'm rereading yet another nonfiction book. We hope you are reading something that you love this weekend.

I love a good new twist on a favorite fairytale and Jennifer Connelly's Stepsister is really good so far. It’s a little gruesome in the very beginning, with the stepmother taking extreme measures to try to fit the glass slipper on her daughters’ feet, with terrible results. But this Cinderella story doesn’t follow the beautiful servant girl from rags to riches—instead it follows the destiny of Isabella, one of the stepsisters. A darker tale that looks at beauty and redemption, this upcoming young adult novel (May 14) promises to be something totally original. -- Seira Wilson 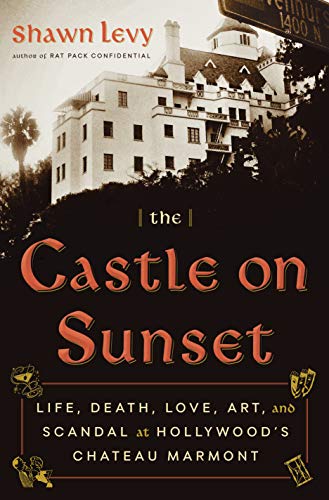 Heads up: this one’s going a little dark. I “discovered” Saturday Night Live just as its initial “golden era” was ending. An only child too young to go out and meet any hypothetical friends, I’d stay up by myself on Saturday nights, wallowing through The Love Boat, Fantasy Island, and (worst of all, and still the worst) the local news, before the mainly original Not Ready for Primetime Players appeared with their “adult” humor and ‘70s New York libertine vibe. You could say they were outsized in my head. So when John Belushi died from a drug overdose at the Chateau Marmont in 1982, both the event and the hotel assumed mythical proportion. As it turns out, the place had played frequent host to bad behavior (and its consequences) going back decades—a sort of Chelsea Hotel West, or maybe an Overlook Hotel for the glitter set. The Castle on Sunset runs down nine decades of its weird history, wild secrets, and notable denzens, including Natalie Wood, Jim Morrison, Lindsay Lohan, and, of course, Belushi. — Jon Foro

Assisting with the research for Truman Capote’s In Cold Blood inspired Harper Lee to embark on her own true crime masterpiece. Casey Cep finishes what she started in Furious Hours, which recounts the unusual case that so captivated the author of To Kill a Mockingbird (and it is a doozy, involving a serial-killing preacher and a vigilante who meted out some rough justice—and both were represented by the same attorney!). Can’t wait to find out how this all shakes out. --Erin Kodicek 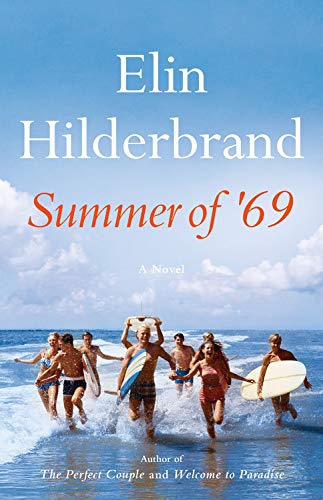 The team is probably tired of hearing me talk about my love for one of my favorite authors, Elin Hilderbrand. I’ve read all of her books, the vast majority of which are set on Nantucket and always make me want to drink extra-cold champagne and eat cheese straws. Hilderbrand’s upcoming Summer of ’69 is her first historical novel, and the publication comes when the author is turning 50—having been born in… the summer of ’69. If you’re a devoted reader of ABR, you know that one of the perks of our jobs is that we get to books before they come out, but that can often be as disorienting as food magazine editors prepping Thanksgiving meals in July to shoot for November issues. Since Hilderbrand’s books are reliably beach-y, I try to read them on vacation or at least during a time where I want to dream myself away to the sun and sand (it’s no coincidence I was reading her books during the time both of my sons were born). This weekend I’m planning to finish Summer of ’69, with no defining event except the last whimper of Seattle’s rainy winter. So I’ll sit in my house and read—maybe indulging in some champagne—and pretend the rain outside is a tropical storm somewhere off the coast of Massachusetts. --Sarah Gelman 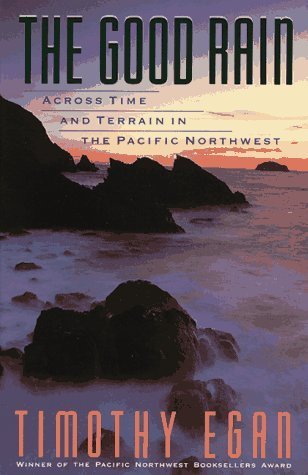 We are reaching the end of a relatively rainless and (gasp!) sunny winter by Pacific Northwest standards. But just lately it has begun raining again, and I've found myself grateful to have the damp gray weather back. I grew up on the east coast, where rain isn't such a celebrated part of the local character--whenever I notice myself having a reaction out here that I couldn't have fathomed having for most of my life, I reach for a book that might explain the local terrain, weather, history, and mindset. It's the best way I know to understand where I fit into it all. Tim Egan's The Good Rain, which is about the environment, industry, history, and people of the PNW is one of my go-tos. When it comes to figuring out a place, nothing does the job like a book written by a native about that place. (Other nonfiction books I reach for when I am looking for a Seattle and PNW refresher include Passage to Juneau and Driving Home, both by Jonathan Raban, as well as Loitering by Charles D'Ambrosio.)

Oh, and I love Tom Robbins' blurb for The Good Rain: "When it comes to this spectacularly mildewed corner of the American linoleum, Timothy Egan get is right. Then he fords another rain puddle, throws another clam on the fire, and gets it right again." --Tom Robbins