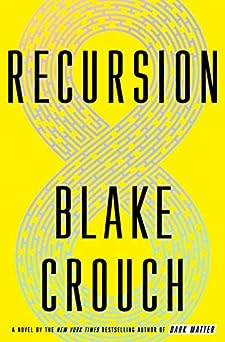 Blake Crouch has made a career out of subverting readers’ expectations. Most recently, the jaw-dropping finale of Pines and the alternate reality twists in Dark Matter set high hopes for what Crouch will come up with next. He doesn’t disappoint with his newest novel, Recursion.

After New York City detective Barry Sutton sees a woman jump off a ledge because she’s a victim of FMS—False Memory Syndrome—he decides to track down her story of suddenly remembering a whole life she apparently lived instead of her “real” one. The strangest aspect of FMS is that friends and family of the afflicted also remember portions of the false lives. Motivated by a tragedy in his own past he wishes he could change, Sutton is determined to find out whether FMS is truly false or the gate to a new, better life.

We spoke with Crouch by phone about Recursion and the intersection between memory and reality.

Adrian Liang, Amazon Book Review: It is going to be a little hard to talk about your novel without spoilers, but I know we can do it! When people ask you to describe Recursion, what do you say?

Blake Crouch: I say that Recursion is about the most precious thing that we have, the thing that defines us: That’s our memories. A few years ago, I was on a hike up in the mountains near where I live in Colorado, and I had this idea. What if we could go back into our memories and not just re-experience them as we do every day when we remember something, but immersively experience them and even change them and alter them? And if we could do that, a) would we?, and b) what would that do to the present? How would that change our lives moment to moment?

One of the concepts you seem to return to over and over again in your books is the idea of reality, and how reality might not be real or that reality can be bent somehow. What sparked this fascination with whether reality is real or not real?

[Laughs] That would have to go back probably deep into my childhood. I read The Chronicles of Narnia very young and [loved] the idea of a wardrobe opening into another world, a world overlaid on top of ours. I was a big fan of the Tolkien books The Lord of the Rings, which obviously is a much more fantastical approach to fiction than I write. But I think the notion of alternate realities—other realities, of what we see not really being the truth—was with me almost an obsession from very early on. And as crazy as my book Dark Matter was, it got even crazier with Recursion as I started getting into some of the science of this book.

There was one point when I was about three-quarters of the way through Recursion, and I literally woke up in the middle of the night thinking, How is Blake Crouch possibly going to get his characters—and the world—out of this terrifying situation?

Well, I had many of those sleepless nights myself before the book was finished. It got to the point where I was waking up at 3:30 every morning, just torn up because I didn’t know how to finish the book. I was like, There’s no way I’m going to untangle this knot I’ve gotten my characters in. How am I going to do it? I mean, luckily I think I did, but, man, there were some rough nights.

Do you think readers now expect books with a lot of tension and high stakes from you? 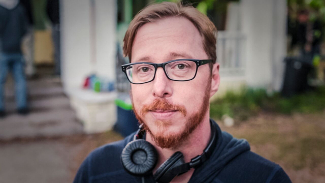 I do think my readers have come to expect a big concept and really emotional characters who are at the end of their rope and struggling to find their way through life—and I’m okay with that. Those are the kind of books that I love to write. They’re definitely harder than the books I was writing in the beginning of my career, but it’s infinitely more rewarding to put a good two, two-and-a-half years into one idea and really bring it home as satisfyingly as possible.

One of the words that’s used to describe your writing style is “cinematic” and with great reason. As I was reading Recursion, I could very easily visualize what was happening. How consciously did you develop your writing style?

I think I always tended to write cinematically. It wasn’t that I was trying to conjure really strong imagery in the minds of readers; I think it’s just my unique style that comes from a million little things that programmed my brain to do it this way. Once I realized that that’s what I was doing, though, it became a process over books and books and books of finding a way to really hone that style down so that a lot of stuff happens. Even though there’s a lot of white space in my pages, a lot of stuff happens. And that’s really important to me as a writer. I read a lot, and the books that I connect with are the ones where I don’t feel like it could be 50 percent shorter [because] the writer’s just vamping 50 percent of the time to artificially inflate scenes. I really want readers to come away feeling like, Man, that was a journey I just came off of. If you can tap into that for a reader, it’s a lot easier to get them to…stay up until 4:00 in the morning to finish a book, because they’re not just reading words on a page anymore. They’re also playing this visual kind of dramatization of the book out in their minds. That’s what I’m trying to elicit in the reader.

You have been raising the stakes higher and higher in your books. As you’re looking ahead to the next book you’re going to write, is that expectation of a high-stakes read exhilarating or does it put a lot of pressure on you?

It’s both. It’s certainly more pressure. The more success that you have, the more readers you have, and the more pressure you feel. I think that’s just natural. But that pressure can also be a motivating force. I don’t look at it as, Oh, I did an alternate reality story in Dark Matter that somehow topped what I did in Wayward Pines. My next book, maybe it’ll have a concept that’s even crazier than Recursion. Maybe it won’t. It’s not that the concept itself has to keep topping the previous book. I want to be writing characters better and better with each book. I want the writing to be better. I want the flow of one scene to the next to be better. I want to be choosing the right scenes to express the idea in a way that’s better than anything I’ve done before. So, yes, I am trying to top each book, but I don’t think it’s as simple as, Oh, instead of two explosions, there’s four. It’s not like the summer blockbuster mentality of topping a book and raising a game. I just want to be a better writer with each book.

Thank you. It was so great to talk to you about Recursion. I loved it, and I really can’t wait to hear what other readers think about it.

I’ll leave your readers with one thing—and it’s the general conceit of Recursion, which is probably the most mind-blowing thing they’re going to hear all day: We don’t actually live in the present moment. As they’re sitting at home or the office or whatever, they feel like they’re [reading this article] in real time, but they’re actually living in a memory…in what’s called the working memory. It takes the speed of light—which is still a delay, it’s not instantaneous—[for this article to be read]…. All they’re actually doing is observing the memory. So we never live in the present. 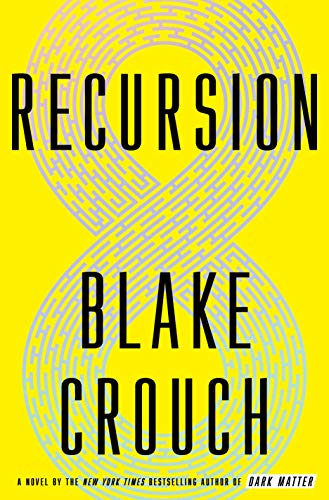