Much of the time, cooking doesn't make you feel cool. It's something that we do at the end of a long workday, for other people. If those people are young, they can be loudly finicky or silently thankless. Your might choose your fare by the odds-and-ends already in the pantry—a can of this or that and some indeterminately aged meat from the freezer—or from a limited list of dishes made easy through endless repetition. I'm speaking for myself here, of course.

But what if we could Freaky Friday ourselves into the punk rock lives (and kitchens) of celebrity chefs, with their unfettered profanity, tattooed forearms, and uncompromising quest for culinary excellence? My guess is that our pedestrian plates would soon be adorned with dollops and drizzles, our egos puffed like an exquisite quiche lorraine as we shout Hot!, Sharp!, or maybe Donkey!—visceral, vicarious fun. We can't do that, not literally, but we can get into character through the relatively new genre of chef autobiographies. Here are a few to get us started—and because it's always a bad idea to chop cilantro while holding a book, I've provided Audible audio editions, all summonable through simple voice commands on your favorite device. 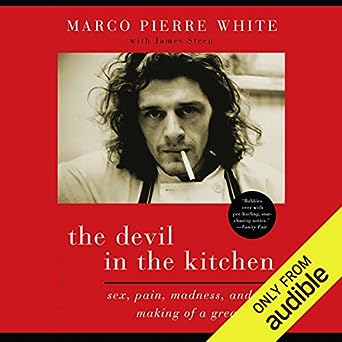 The Devil in the Kitchen: Sex, Pain, Madness, and the Making of a Great Chef by Marco Pierre White

It takes some kind of pestle and mortar to put "the Making of a Great [Anything]" in the title of your autobiography, but Marco Pierre White has earned the right. The then-youngest chef to win three Michelin stars (which he eventually rejected, punk rock-style) tells the stories—always frank and often outrageous—of his humble beginnings and ascent to the role of Godfather of Bad Boy Cooking. If you're dubious, they say he made Gordon Ramsay cry. Donkey! 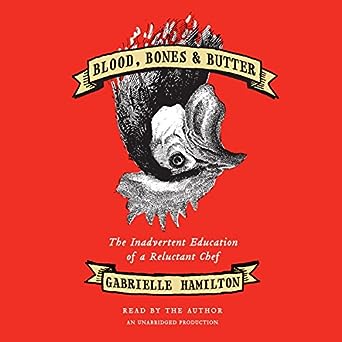 Blood, Bones & Butter: The Inadvertent Education of a Reluctant Chef by Gabrielle Hamilton

After moving to New York City at 16, Hamilton lived off loose change and ketchup packets from McDonald’s, working endless days as a caterer and summer camp cook. The constant thread running through this tale—culminating with the opening of her New York City restaurant, Prune—is Hamilton's passion for cooking and the comfort brings. "To be picked up and fed, often by strangers, when you are in that state of fear and hunger, became the single most important food experience I came back to over and over." 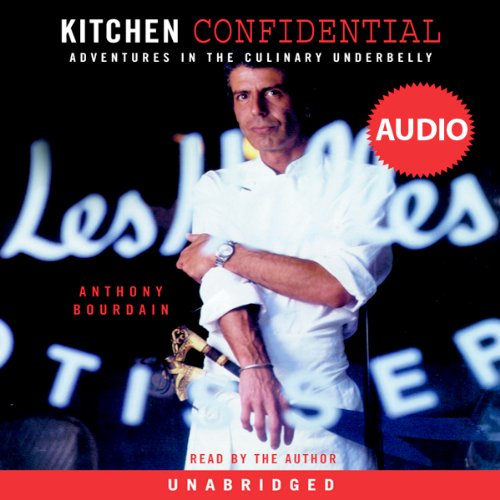 Kitchen Confidential: Adventures in the Culinary Underbelly by Anthony Bourdain

Bourdain might not have invented the "bad boy chef" persona (see above), but his talent as a writer and charismatic presence set the table for his unprecedented crossover stardom, creating the template for the many who followed. It's no easy task: His apparently bottomless wells of curiosity and empathy continue to set him apart from the rest. RIP, Tony. The world is a lesser place without you. 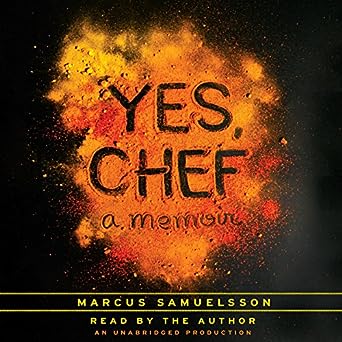 James Beard-honoree and noted hat-lover Samuelsson took an unusual path to culinary stardom. Adopted from Ethiopia, he grew up in Sweden and there developed his fascination with food and cooking. He moved to New York, transformed the iconic restaurant Aquavit into a Michelin three-star-winner, and then opened his own restaurant, Red Rooster, in Harlem. And as Yes, Chef abundantly demonstrates, Samuelsson excels as a writer, as well. 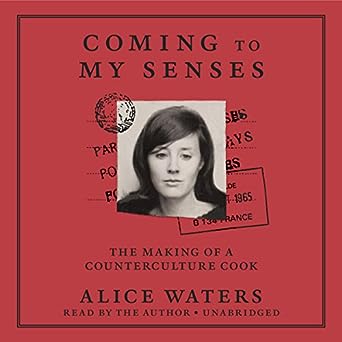 Coming to My Senses: The Making of a Counterculture Cook by Alice Waters

At 27, chef/activist Alice Waters opened what ended up being one of America’s most iconic restaurants, Chez Panisse, redefining American cuisine through a dedication to fresh, local ingredients and willingness to experiment. Coming to My Senses traces her life from her stodgy, suburban upbringing to the turbulence of 1960s Berkley and her unlikely rise as a "counterculture cook." 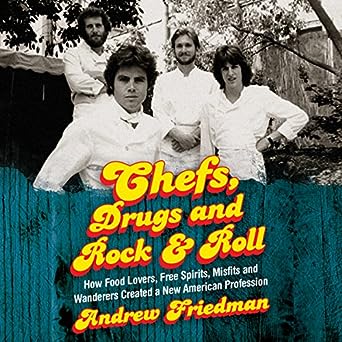 Told largely by the people who were there—including Tom Colicchio, Alice Waters, and Emeril Lagasse—Chefs Drugs and Rock & Roll documents the transformation of the chef from the underappreciated kitchen-runners of the 1970s to the superstar arbiters of taste and culture of the '80s and beyond. If you harbor dreams of celebrity chefdom, this book could be your blueprint.