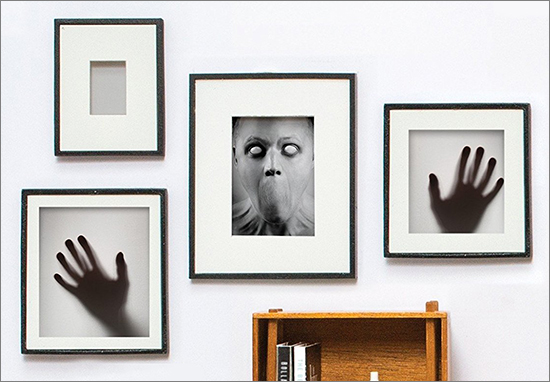 A reasonable person might conclude that most ghosts are homebodies. Shirley Jackson’s The Haunting of Hill House, The Turn of the Screw by Henry James, even The Amityville Horror — all classics, if not templates, of the genre — center around the house. The house is home: a place of family, warmth, and safety. Locked doors keep an uncertain world at bay, and a sound home signifies a sane mind.

The ghost subverts sanity. An intruder from beyond — seen or unseen, depending on the seer — the ghost moves effortlessly through any door (unless that door creaks). A rocking chair is a soothing pleasure, until it rocks on its own. An empty bassinet… well, let’s just not go there. As Jackson put it in her memorable opening paragraph, a haunted house is “not sane.”

Sooner or later, though, everyone gets cabin fever. What happens when a ghost heads out into the world at large? Here are five ghost stories that step outside the haunted house. (And even if none of these are The Shining, it turns out that many apparitions enjoy the comfort of hotels. Who knew?) 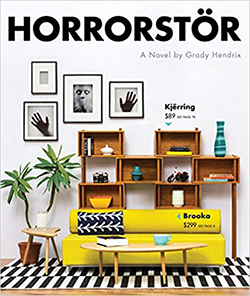 If you’ve ever found yourself lost while wandering the labyrinthine passages of a certain Swedish home furnishings superstore, then you’re already halfway to understanding the disorientation at the heart of Grady Hendrix’s Horrorstör. In it, ORSK is a massive, brightly lit all-in-one retailer promising “a better life for everyone” through bland, homogeneous consumerism. It’s also home to something that’s smashing the Kjerring bookshelves and Liripip armoires when the automatic doors shutter and the warehouse goes dark. Assuming the corporeal form of a glossy ORSK catalog, Hendrix’s one-of-a-kind novel is an innovative hybrid of ghost story and satire, at once clever, gruesome, and hilarious. —Jon Foro [Print | Kindle] 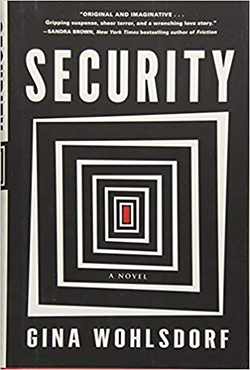 Gina Wohlsdorf created the ultimate modern hotel from hell in her action-packed thriller, Security. The Manderlay seems like a dream: 20 stories of luxury, state-of-the art technology, and privacy on the California coast. But the Manderley has more in common with the Bates Motel than the Four Seasons. As manager Tessa prepares for the grand opening, the other members of her team start getting picked off in scenes worthy of any horror movie. Each victim is the narrator of their own demise, and it’s as if the reader is watching feeds from the resort’s multitude of high-tech cameras. Security is highly cinematic and reminiscent of early Stephen King, with nods to Daphne DuMaurier and Alfred Hitchcock. Get ready for nail-biting suspense, imaginative (and bloody) murders, and a story you’ll want to stay up all night to finish. —Seira Wilson [Print | Kindle] 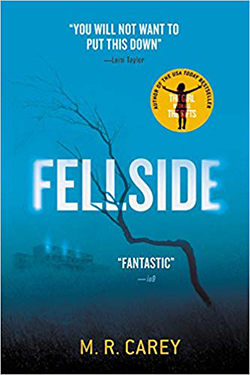 Being an inmate in a maximum security women’s prison is bad enough. But being haunted, too, by a little boy who seems to want something from convicted child murderer Jess Moulson is almost enough to push her over the edge into crazy — assuming she isn’t there already. Her fellow prisoners are even scarier than a needy ghost boy, and Jess is soon fighting for very real survival and learning that supernatural help is powerful indeed. This creepy, slow-build horror novel explores Jess's growing attachment to her ghostly ally and the violence bubbling within the prison cells before exploding in a shocking finish. —Adrian Liang [Print | Kindle] 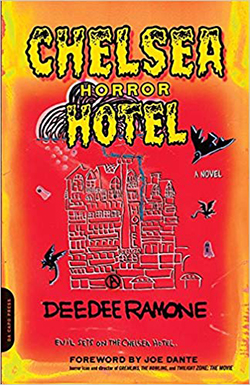 Most of us know the late Dee Dee Ramone as punk-rock royalty, but until a creepy former landlord shoved a tattered copy of Chelsea Horror Hotel under my door, I had no idea the guy wrote a novel too. Ramone chose a real-world storied setting for his tormented tale; everyone from Mark Twain to Bob Dylan to Ramone’s buddy Sid Vicious lived at the Hotel Chelsea in New York City — the latter allegedly stabbing his girlfriend to death in their rented room. Both make cameos in Horror Hotel, along with Johnny Thunders and Stiv Bators; if you don’t know who these people are, it will not diminish your pleasure in reading this unapologetically low-brow and macabre ghost story, but it helps! You can check in to the Chelsea Horror Hotel, but you may never leave (sorry/not sorry). —Erin Kodicek [Print | Kindle] 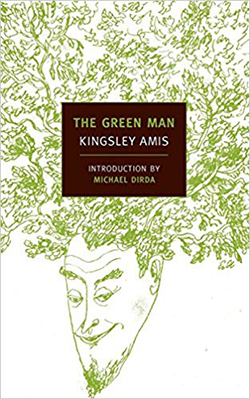 The Green Man by Kingsley Amis

One of the most rewarding aspects of horror fiction is that the story is rarely what it seems on the surface (Stephen King once suggested that Ira Levin’s Rosemary’s Baby, at least in part, was actually about affordable housing on Manhattan). In Amis’s novel, the titular establishment is an English country inn managed by Maurice Allington, a middle-aged alcoholic obsessed with his disintegrating body and his best friend’s voluptuous wife. The hotel also happens to be haunted by a host of ghosts that includes Dr. Thomas Underhill, a murderous occultist hell-bent on killing again, and a battle royale between the forces of good and evil ensues. Of course, the understory is Allington’s increasing irrelevance and the self-knowledge of onrushing, inevitable death. The Green Man is a classic mid-life crisis put to page, both comically savage and sympathetic in all of its pathetic glory. —Jon Foro [Print | Kindle]