Veronica Roth on the genesis of her new novel, “Chosen Ones” 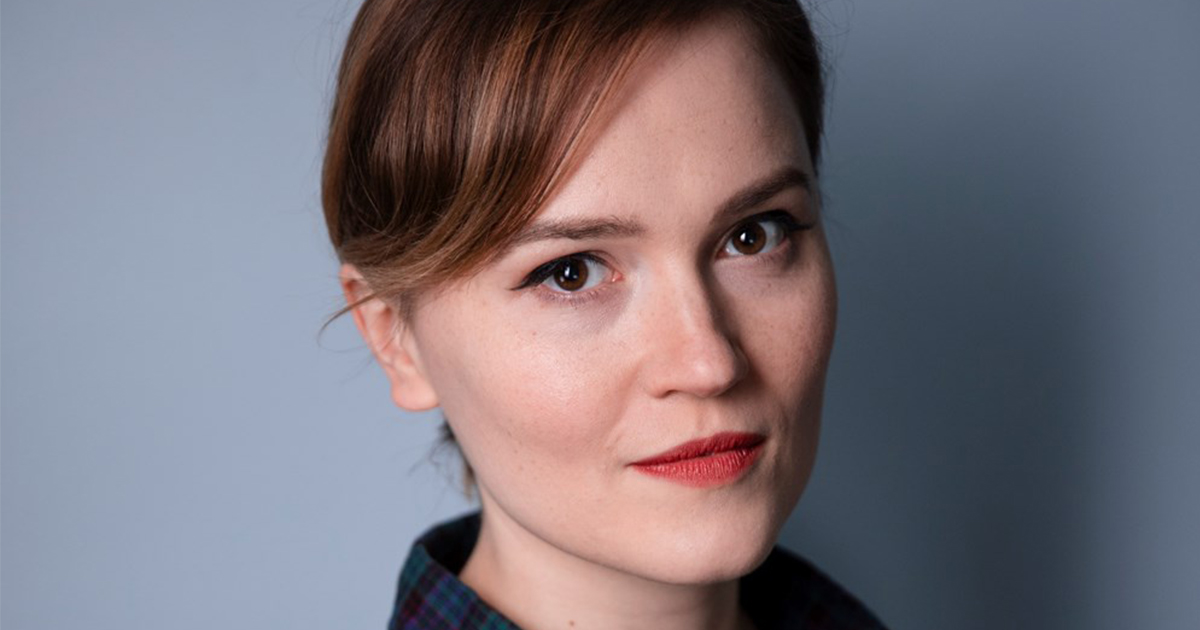 Every month, we read a whole lot of books in order to find the ones we consider the 10 Best Books of the Month.

But reading is only the first step. The second step is convincing the other Amazon Books editors that the book you loved and stayed up all night reading and have been blathering about to your friends and family should be picked as one of those 10 books.

Long before it was published, we’d heard a lot of buzz about Veronica Roth’s Chosen Ones—the first book written for adults by the best-selling author of the Divergent series. Set 15 years after a group of teenagers saved the world from the Dark One, Chosen Ones shows what might really happen to heroes after a supposed “happily ever after.”

After reading it, Amazon Books store curator Katy Ball advocated strongly for Chosen Ones, and indeed, it won a spot as one of April’s best books of the month. Ball followed up with questions for Roth about magical artifacts, trauma, and what Roth has been reading and loving lately:

Katy Ball: What came first: the inspiration for the story you start in Chosen Ones or the desire to write a novel aimed directly at adults?

Veronica Roth: Chosen Ones was always about the story. I grew up on “chosen one” stories—Dune, Harry Potter, Lord of the Rings, Buffy—and even wrote one, with Divergent, so the question of what comes after kept nagging me. Everyone who has reached the goal they were working toward their whole young life—maybe college, maybe setting out on your own, starting a family, whatever it is—and then has tried to navigate what comes next can relate to that question. The characters in my book are just dealing with it on a much grander scale. I mean, they saved the world. How can you possibly top that?

Chosen Ones begins after five friends have saved the world. Having what is typically the epilogue take center stage sets up a refreshingly new kind of story. Were you ever surprised about how the story unfolded as you wrote it?

I don’t want to spoil anything, so I’ll keep it vague, but I was surprised by the shape the antagonist took! When I outlined the book, I thought I understood him, but then I hit a wall about three quarters of the way through writing the rough draft, and had to overhaul the whole character, beginning to end, top to bottom. My husband and I spent two days in one room talking through it. I’m really pleased with the result of that work, and how Sloane interacts with him in the book now—she’s a complex character, and it gave her another layer.

While this is your first book set in a world similar to our own, world-building and magical objects play a major role in Chosen Ones. What draws you to the fantasy genre as a writer?

As a reader, I’m drawn to science fiction and fantasy because I love to be transported. When a book is good, it swallows me whole in a way that realistic fiction typically doesn’t—I want to spend time in the world I’m reading about, and I miss it when it’s gone. As a writer, though, I love to imagine possibilities and explore our own world through exaggeration and contrast. We’ve never had a dark lord figure destroying people all across North America, but we’ve had tragedy, we’ve had loss, we’ve had disasters—there are always shades of reality in every science fiction and fantasy world. And I particularly love the challenge of sorting through very grounded, very human emotions in the midst of something strange or unfamiliar. People are still people, whether they use magic or not.

Your novels often include characters who experience trauma—and how it can unite, isolate, and even be said to define them. How has your point of view on trauma evolved?

In my early work, I wrote about the immediate aftermath of trauma, but in Chosen Ones, the focus is on the lingering effects of it, how it looks 10 years down the line when everyone’s sympathy has dried up. Sloane is receiving profoundly mixed messages from the people around her: on the one hand, people want her to get over it, and on the other, they’re telling her that her trauma is the most interesting thing about her. No wonder she’s angry and confused. No wonder she can’t process her feelings in a healthy way.

But I also wanted to show that becoming an adult—because all these characters are, to a certain extent, in a kind of extended adolescence, due to what happened to them—means taking responsibility for yourself and your pain. It was a tricky balance to strike, showing that growth without communicating a lack of compassion for where Sloane is at the start of the story.

As for how my view on trauma has evolved—well, I just continue to confront how complicated it is, and how difficult. Human beings are incredibly resilient, but our brains also get stuck sometimes when they try to process difficult things. The more I learn about it, the more compassion I feel for people going through it. It’s not easy. It’s not simple. No one just “gets over it.” We should stop treating them like that’s a reasonable expectation.

Was there a book you read that turned you into a reader? And what have you been reading lately?

I always remember reading as a kid—there was never a time that I wasn’t into it. But I did fall out of the reading habit in high school and college, because there was just so much to do with school and my brain needed a break. The book that sucked me back in was Twilight. I owe it a debt. It put me back in touch with a part of me that had gone quiet.

As to what I’ve been reading lately, one of my recent favorites was How Much of These Hills Is Gold by C Pam Zhang. It’s a blend of historical, set in the Old West, and fantastical—and beautifully written.

The best-selling author of “Divergent” shares how the mythology of the “chosen one” inspired her new novel.