Lev Grossman on his first kids' book: "The Silver Arrow" 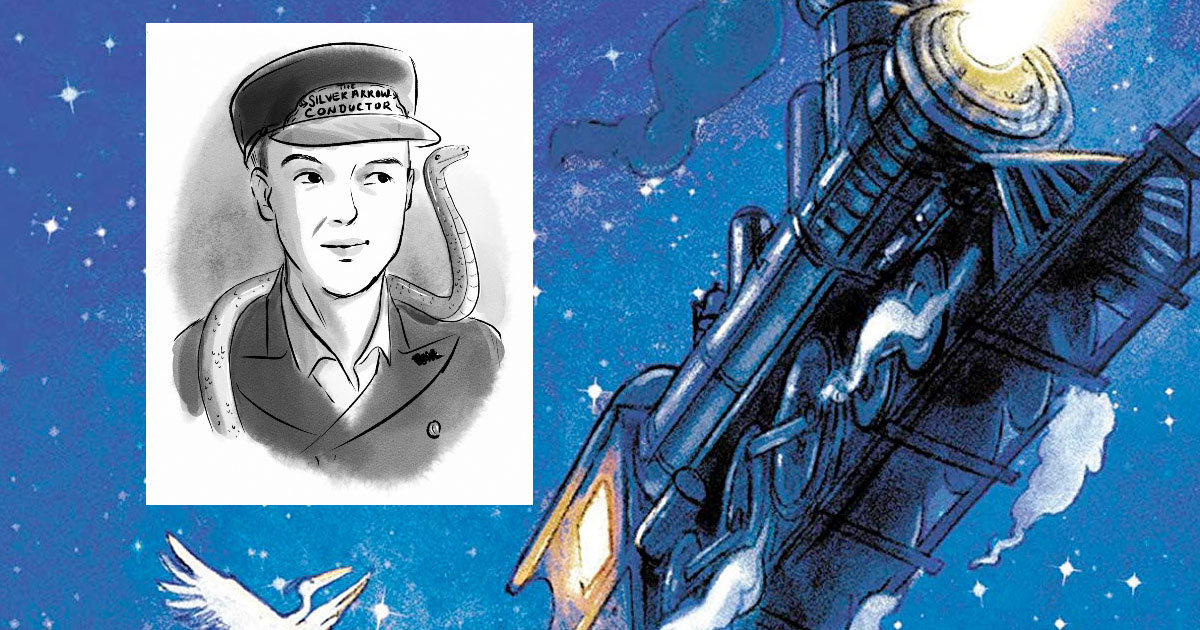 One of our picks for the Best Children's Books of the Month: Ages 9 to 12 is The Silver Arrow, written by best-selling author Lev Grossman. Grossman is already well known for his adult novels, including The Magicians trilogy which was made into a popular TV show that originally aired on the SYFY channel but is now available on Netflix and Hulu.

The Silver Arrow is a rich fantasy of storytelling that includes a very special train, talking animals—some wise and good, others not so much—and siblings who go on an adventure of a lifetime. There is a bit of a Narnia feel to it, but with more lightness and fun to offset the deeper notes; and a modern viewpoint of the natural world and where we fit into it. I read this novel in one sitting then immediately handed it off to the young reader in my house.

The Silver Arrow is the first time Grossman is writing for young people and in the exclusive piece below he talks about telling this story to his kids, and the sticklers for continuity and humility he has discovered child readers to be.

I didn’t start out as a children's book writer. In fact, I’ve written almost everything else but children’s books—a failed dissertation, 20 years of journalism, a screenplay, five novels for adults. I only started telling stories to children when I started having them, and even then it was mostly to make them fall asleep or stop hitting each other.

As it happens The Silver Arrow is my children’s second-favorite story that I told them. Their favorite story was the one where they turned into animal superheroes and fought Lex Luthor, who was stealing all the gold and silver from the Gotham Mint. But I didn’t think DC Comics would appreciate me exploiting their intellectual property. So I wrote The Silver Arrow instead.

I don’t find writing for children easy. When I first tried it I came to it with the confidence of an established professional in the field of storytelling, and I was punished severely for my hubris. Children are a brutally sophisticated audience. They can smell self-doubt and indecision and too-great-affection-for-your-own-prose the way sharks smell a drop of blood. They are demons for continuity errors. (I’ve also learned that you can have one of your characters fart at any time, and you’ll get your audience back, but I consider that the coward’s way out. There is no farting in The Silver Arrow.)

Here's what there is: The Silver Arrow is about a girl named Kate who has a mysterious uncle named Herbert. On Kate’s 11th birthday her Uncle Herbert gives her a train. Not a toy train, a real actual train, a steam train. I’m pretty sure Kate would rather have had Legos but she doesn’t get Legos, she gets a train, and pretty soon she and her brother Tom discover that the train actually works, and there’s a set of mysterious tracks running through their back yard. I don’t want to give too much away, but a lot of Kate’s adventures on The Silver Arrow have to do with picking up animals and helping them with their problems. Though it’s interesting: a lot has changed since the days when, say, the Pevensies went to Narnia and met Mr. and Mrs. Beaver. Our relationship to the natural world has changed. When Kate meets animals in The Silver Arrow, they’re not always happy to see her. From the animals’ point of view, they’re living in a post-apocalyptic world, and it’s the humans’ fault. Kate has to come to terms with the fact that she’s not just the hero of this story, she’s the villain too.

So there’s darkness in The Silver Arrow. To be clear there's also a huge amount of candy, and a magic island with buried treasure, and a magic forest where you turn into a tree, and so on. But there's darkness too.

In fact, while I was researching it there was one fact that I learned, about pangolins, that I found too disturbing to include in the book. Pangolins are fascinating—they’re the most-trafficked animals in the world, and the only mammals that have scales—and there’s a pangolin character in the book. And as I wrote I started to wonder: pangolins have tremendously long tongues—sometimes as long as their whole body—but they have tiny little heads. How do they store those huge tongues instead their tiny mouths?

The answer is they don’t. The tongue of a pangolin isn’t anchored in its mouth, it’s anchored its chest cavity. When they’re not using them, that’s where pangolins store their tongues. Somehow I found that fact too weird and disturbing to put in The Silver Arrow. The world isn’t ready for this.

Maybe in the sequel. —Lev Grossman

Best-selling author Lev Grossman ("The Magicians") talks about writing his first book for young readers, a weird fact about pangolins, and more. 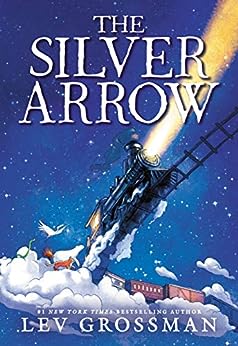