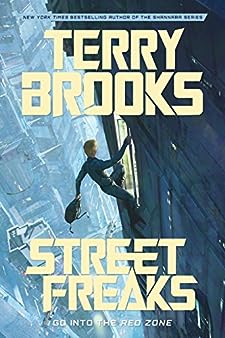 A new novel from bestselling fantasy author Terry Brooks hits shelves this week—but this time it's not a fantasy book. Set in a future Los Angeles, Street Freaks pushes young Ash Collins out of his posh life on page one with his father's exhortation to "Get out now! Go into the Red Zone. Go to Street Freaks." The Red Zone is a lawless part of town, but with the government's most terrifying soldiers in pursuit of him, Ash has no choice.

So begins a new Brooks book that explores concepts of bodily augmentations, government overreach, and power struggles among gangs, with a pulse-skipping jolt of illegal street car racing within the melting pot of the Red Zone.

Adrian Liang: Street Freaks is a different type of book for you, notably because it's science fiction. Can you tell me why you wrote it?

Terry Brooks: I started Street Freaks five years ago. I really did it because I was in place where I was starting to get bored with the same old, same old, and I really felt like I needed to do something different. I needed to challenge myself. I floundered around for a bit on what to do. At the time I was reading a lot of young adult stuff, and somewhere along the way, something triggered the desire to write about a futuristic society, but not fantasy. That led to thinking about genetics and medical creations and artificial organs. I also wanted to write about marginalized people, because even then there was so much polarization and marginalization of groups of people, and particularly of immigrants. So that led to the whole concept of the Street Freaks and the Red Zone. And then I wanted a love story. I think I wrote it five times, and every time I thought, "It isn't quite right." So I finally got it to where it is now, where it feels the most natural.

Adrian Liang: Was it exciting to do a new concept like Street Freaks, or terrifying, or…? 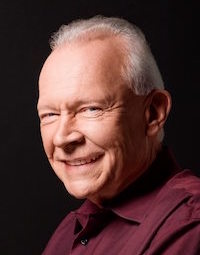 Terry Brooks: It was not terrifying. I was both feet in, eager to get this done. I thought right from the beginning, This is going to be great. This is really going to be good.

Um… [Laughs.] Then I finished it after five tries and I turned it in, and both Annes [editor Anne Groell and agent Anne Sibbald] were lukewarm: "Well, this isn't really Terry Brooks. Well, it may not be your best; you might want to put this aside." And I thought, Screw that. Five years I've been doing this. I'm not just going to put it aside. And then I thought, Wait, this is exactly what I was told after I turned in Running with the Demon. And I thought, Heck with it, I'm doing it. I'll do it myself. So I wrote to Anne Groell, and I said, "Well, how about if I do this one with Shawn [Speakman, publisher of Grim Oak Press]." And she said, "Go for it."

I know it crosses a boundary into YA, but is this a bad thing? Have I ever written anything in the Shannara series that doesn't cross over? Certainly the early ones crossed right over into [YA], but they never marketed them that way. It's a Terry Brooks book. Read it or don't.

Adrian Liang: It seems like you've set it up so that this could be a standalone or it could continue. There's a very satisfying resolution to what's propelling Ash, but there are these tidbits to his backstory that are dangling out there, and of course the other characters have interesting backstories as well.

Terry Brooks: They do. And if I was going to do a new one, I'd take it to the Northwest Territories or the Southern Confederacy. I know we'd have Ash involved, and he'd still be looking for Cay but wouldn't be able to find her. And when he does find her it will be in totally unexpected circumstances.

Adrian Liang: Some of the characters in Street Freaks have augmentations. Do you think this is actually going to happen in the next fifty years?

Terry Brooks: I think it is happening. We've already seen bionic legs and arms. They're developing synthetic organs as well. I don’t know how long it's going to take but we're absolutely going to be able to build people. Maybe in another hundred years? Probably less than that. I think that at some point we'll cross that line where those who have biblical leanings are going to say, "That contravenes the Bible and the teachings of Christ"—or any other religion you care to throw in there—"and these people are not really people, these people are just like robots." And there will be that prejudice.

We have a tendency to be repulsed by people who are disfigured or who are considered to be disfigured because their looks do not conform to what the norm is. And I think that is the basis for all prejudice. As a society, as a people, as a species, we are locked into this sense that someone must be further down the chain than we are. And I thought, [This prejudice] is going to evolve, because these things always do, so where's it going to go? And I thought, This [human augmentation] is one logical place. So, that's why I'm exploring it.

Adrian Liang: What's next for you? And for your readers?

Terry Brooks: I've got to do the Magic Kingdom book. I've told those people for ten years now that I would write a Magic Kingdom book as soon as they made the movie. But they're not going to make the movie. I'll be dead before they do! I'm going to do it anyway. And I have all this short-form fiction out there—some of them online and never in print—and I've been telling everybody that I'm going to get them in print at some point. This is a good time. And I've committed to one more book in the Fall of Shannara series [after the The Stiehl Assassin, June 2019], and that's the end of Shannara…for a while at least. And the end of it chronologically.

Then I said to myself, Well, what then? So I thought, Well, I'll just call [my editor] Anne up. So I called her up and said, "Anne, I'm trying to decide, what would be a good place to go next? In your experience as an editor and as a friend, and so forth, what do you think would go over best?" And she said, "A brand-new big epic fantasy unlike anything you've done before." And I said, "Okay, let me go home and think about it." And I thought about it, and I put the bones together of it, and I came back with a nine-page synopsis. And I sent it in and waited. [Anne] got back to me the next day and said, "Tricia Narwani and I absolutely love this concept. We desperately want you to do it and we want it right now." I sent it to Anne Sibbald, my agent, and she loved it too. And I thought, Wow, I'm not dead yet! [Laughs.] I put it aside, of course, because I can't get all involved in that now while I'm in the midst of these other projects, but I'm thinking that I've got something to point towards. And I'm pretty excited about this because it is a big sweeping fantasy but it is totally different from any of the fantasy I've done.