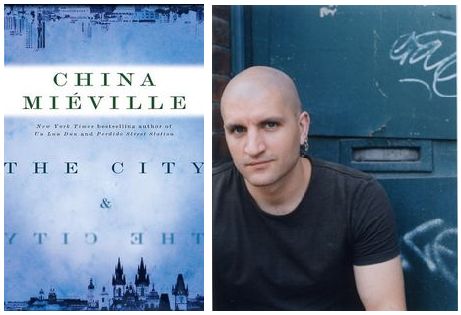 The Author of the Century, of course, needs no help from anyone (least of all a speck like me). No force on earth could undermine either the juggernaut implacability of his sales, nor the world-historic scale of his influence, nor the truly enormous weight of his achievement. The man puts the 'epic' in 'epic win'. However--or, more accurately, because of that--every few years, certain as tides, someone will write a splenetic screed against the Professor, explaining why he's the devil/ worst things to happen to fantasy/voice of reaction/zomg most boring writer EVER /etc. The Oedipal Resentment motivating many of these attacks may be trivially obvious, especially in those from within fantastic fiction, but it doesn't follow that the substance of all the criticism is baseless. There are perfectly reasonable arguments to be had about the impact, nature, scale and success of Tolkien's work. The sheer religious zealotry with which some Tolkienistas defend the master, when it ignores those grounds for debate and refuses to countenance a flaw anywhere in the MiddleEarthian edifice, doesn't, then, help matters. Even more nuanced pro-Hobbit partisans sometimes--and acknowledging that there are always debates on this--choose what look to some of us to be questionable grounds for defence. Because there are arguments not only about what is regrettable in Tolkien, but about what is indispensible. Accordingly, what follows is a list of some Perhaps In Some Cases Somewhat Insufficiently Stressed Reasons We Should All Be Terribly Grateful To Tolkien. It may be redundant strictly qua defence, this defence of a corpus that is thriving, but perhaps it's not pointless anyway. 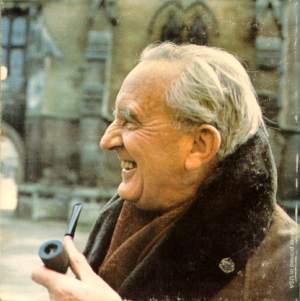 For too long the Greco-Roman stories have been the Big Pantheons on Campus. Zeus this, Persephone that, Scylla-and-Charybdis the other, the noise is endless, and anyone smitten by the mythic has to work hard to hear any other voices. For some of us, there's always been something about this tradition--and it's hard to put your finger on--vaguely flattened out, somehow; too clean, maybe; overburdened with precision. Alan Garner, perhaps the most brilliant sufferer from this disaffection, once put it thus: to him, the Greek and Roman myths were 'as cold as their marble'.

Compare the knotty, autumnal, blooded contingency of the Norse tales, with their anti-moralistic evasive intricacies, their pointlessly and fascinatingly various tiers of Godhead, their heart-meltingly bizarre nomenclature: Ginnungagap; Yggdrasil; Ratatosk. This is the tradition that Tolkien mines and glorifies--Middle Earth, after all, being not-so-subtly a translation of Midgard.

For those of us who regret the hegemony of the Classicists' Classics, the chewy Anglo-Saxonisms of Mirkwood and its surrounds are a vindication. We always knew these other gods and monsters were cooler.

Unlike so many of those he begat, Tolkien's vision, never mind any Hail-fellow-well-met-ery, no matter the coziness of the shire, despite even the remorseless sylvan bonheur of Tom Bombadil, is tragic. The final tears in characters' and readers' eyes are not uncomplicatedly of happiness. On the one hand, yay, the goodies win: on the other, shame that the entire epoch is slipping from Glory. The magic goes west, of course, but there's also the peculiar abjuring of narrative form, in the strange echo after the final battle, the Lord of the Rings's post-end end, the Harrowing of the Shire--so criminally neglected by Jackson. In an alternate reality, this piece of scripting would have earned talented young tattooed hipster video-game designer Johnno Tolkien a slapped wrist from his studio: since when do you put a lesser villain straight after the final Boss Battle? But that's the point. The episode concludes 'well', of course, so far as it goes, but in its very pettiness relative to what's just been, it is brilliantly unsatisfying, ushering in an era of degraded parodies of epics, where it's not just the elves that are going: you can't even get a proper Dark Lord any more. Whatever we see as the drive behind Tolkien's tragic vision, and however we relate to its politics and aesthetics, the tragedy of the creeping tawdry quotidian gives Middle Earth a powerful melancholia lamentably missing from too much of what followed. It deserves celebrating and reclaiming.

3) The Watcher in the Water

Dude. That totally was cool. I mean, say what you like about him, Tolk gives good monster. Shelob, Smaug, the Balrog...in their astounding names, the fearful verve of their descriptions, their various undomesticated malevolence, these creatures are utterly embedded in our world-view. No one can write giant spiders except through Shelob: all dragons are sidekicks now. And so on.

But the thing about the Watcher in the Water is WTF? Here the technique of under-describing, withholding, comes startlingly to the fore, that other great technique for communicating balefulness. We know almost nothing about the many-limbed thing in the water outside Moria. Some think it's a giant squid: me, I say not, given that it lives in fresh water, has too many tentacles, and that those tentacles have fingers. Which squids don't have. But we know three things. It is tentacular; it is badass; and it is weird. And that uncertainty is what makes it rock.

Tolkien explains that he has a 'cordial dislike of allegory'. Amen! Amen! And just to be clear, there is no contradiction at all between this fact, and the certain truth that his world throws off metaphors, can and should be read as doing all sorts of things, wittingly or unwittingly, with ideas of society, of class, the war, etc. But here is precisely the difference between allegory and metaphor: the latter is fecund, polysemic, generative of meanings but evasive of stability; the former is fecund and interesting largely to the extent that it fails. In his abjuring of allegory, Tolkien refuses the notion that a work of fiction is, in some reductive way, primarily, solely, or really 'about' something else, narrowly and precisely. That the work of the reader is one of code-breaking, that if we find the right key we can perform a hermeneutic algorithm and 'solve' the book. Tolkien knows that that makes for both clumsy fiction and clunky code. His dissatisfaction with the Narnia books was in part precisely because they veered too close to allegory, and therefore did not believe in their own landscape. A similar problem is visible now, in the various tentative ventures into u- or dystopia by writers uncomfortable with the genre they find themselves in and therefore the worlds they create, eager to stress that these worlds are 'about' real and serious things--and thereby bleeding them of the specificity they need to be worth inhabiting, or capable of 'meaning', at all.

This is not a plea for naivety, for evading ramifications or analysis, for some impossible and pointless return to 'just-a-story'. The problem is not that allegory unhelpfully exaggerates the 'meaning' of a 'pure' story, but that it criminally reduces it.

Whether Tolkien himself would follow all the way with this argument is not the point here: the point is that his 'cordial dislike' is utterly key for the project of creating a fantastic fiction that both means and is vividly and irreducibly itself, and is thereby fiction worthy of the name.

Middle Earth was not the first invented world, of course. But in the way the world is envisaged and managed, it represents a revolution. Previously, in works such as Eddison's, Leiber's, Ashton Smith's and many others', the worlds of magic, vibrant, brilliant, hilarious and much-loved as they may be, were secondary to the plot. This is not a criticism: that's a perfectly legitimate way to proceed. But the paradigm shift of which there may be other examples, but of which Tolkien was by a vast margin the outstanding herald, represents an extraordinary inversion, which brings its own unique tools and capabilities to narrative. The order is reverse: the world comes first, and then, and only then, things happen--stories occur--within it.

So dominant is this mode now (as millions of women and men draw millions of maps, and write millions of histories, inventing worlds in which, perhaps, eventually, a few will set stories) that it's difficult to see what a conceptual shift it represented. And it is so mocked and denigrated--often brilliantly, as in the ferocious attack by M. John Harrison, that outstanding anti-fantasist, wherein he describes worldbuilding as the 'great clomping foot of nerdism'--that it's hard to insist that it brings aesthetic and epistemological possibilities to the table that may be valuable and impossible any other way.

This is a debate that needs to be had. These are stories contingent to a world the reader inhabits--full of 'ideal creations' that the writer has given, in Tolkien's words, 'the inner consistency of reality'. Whatever else it is, that is a strange and unique kind of reading. Tolkien not only performs the trick, indeed arguably inaugurates it, but considers and theorises this process that he calls 'subcreation', in his extraordinary essay 'On Fairy Stories'. It is astounding, and testimony to him, that his ruminations on what is probably now the default 'fantasy' mode remain not only seminal but lonely. Whether one celebrates or laments the fact, it is an incredibly powerful literary approach, and the lack of systematic, philosophical and critical attention paid not to this or that example but to 'subcreation', world-building, overall, as a technique, is amazing. To my knowledge--and I would be grateful for correction--there is not one book-length theoretical critical work, or collection, investigating the fantastic technique of secondary-world-building--subcreation. This is astounding. In Tolkien, fully 70 years ago, by contrast, we have not only the method's great vanguard, but still one of its most important and pioneering scholars.

There are plenty of other reasons to be grateful to Tolkien, of course--and reasonable reasons to be ticked off at him, too: critique, after all has its place. But so does admiration. Tolkien never lacks for encomia, but that's no reason not to repeat those most deserved, or, even more, to stress neglected reasons for justified and fervent praise.