A Former Writer for this Blog has a Movie Coming Out 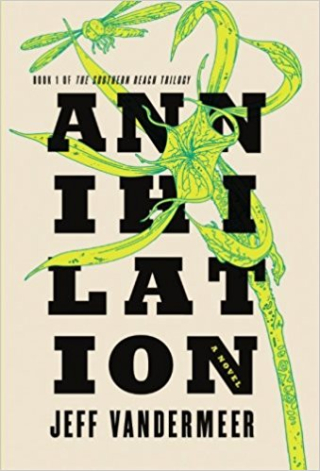 Jeff VanderMeer was a longtime contributor to this blog, but a few years ago he signed a deal for a new trilogy he was writing called the Southern Reach Trilogy. The first book was Annihilation, about a team of scientists headed into Area X, a mysterious coastal territory where strange and eerie things start happening. By the end of 2013, Jeff had left the blog--he was just too busy working to become a successful author. Annihilation was published in 2014 and became a hit, and it was followed by Authority and Acceptance. We couldn't have been happier for him.

Below is a trailer for the film version of Annihilation. It features a stellar cast, including Natalie Portman, and the trailer clearly states that the movie is "based on the acclaimed best-selling novel." So, yes, we are now even happier for him.