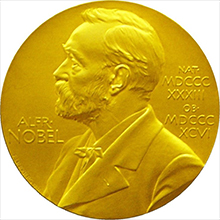 The belated 2018 win went to Polish author Olga Tokarczuk, making her the fifteenth woman to receive the award. The 2019 prize for literature was awarded to Austrian author Peter Handke, considered by some to be a rather controversial choice, and ironically, Handke himself called for the Nobel Prize to be abolished back in 2014. Congratulations to both winners. Below you'll find the most recent U.S. title from each author.

Winner of the 2018 Nobel Prize in Literature: Olga Tokarczuk 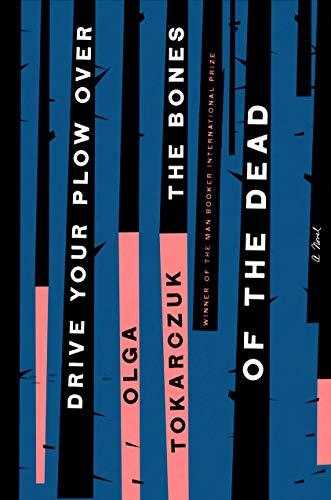 A literary mystery set in a small Polish village with a very eccentric protagonist, Drive Your Plow Over the Bones of the Dead was one of our editors' picks for the best books of August.  Here's a bit from our colleague Katy Ball's review of the novel:

Janina Duszejko, the book’s solitary, 60-something main character, is earnest bordering on kooky. She writes long, unanswered letters to the police department about animal rights issues....Thinking that names don’t match the person (including her own), she refers to those around her by their defining characteristics: Oddball, Bigfoot, Dizzy, Good News. And it’s through her eyes that we watch the body count rise in this most unusual literary murder mystery...Between the indelible first-person voice and the pitch-perfect translation of author Olga Tokarczuk’s original Polish, it’s easy to forget that this engaging portrait of small town life is also a devilishly well-plotted crime novel. —Katy Ball

Winner of the 2019 Nobel Prize in Literature: Peter Handke

The Great Fall by Peter Handke

A novel devoted to a single day in the life of an aging actor, The Great Fall is translated from Handke's original German.  Over the course of the novel Handke's protagonist encounters various layers of society as he travels into the city from the outskirts, for what may be the last acting job of his career.  In the forest he encounters homeless outcasts, then in the suburbs he finds people engaged in petty conflicts with dire consequences. Passing through a train yard, the actor is waylaid by police on suspicion of terrorism—why else would he be walking through a deserted train yard?—then finally he enters into the city itself, a technology-driven nightmare of its own.  In The Great Fall, Handke doesn't tell readers what to think about the world, he only invites them to actually do so.