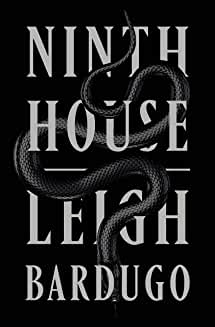 Leigh Bardugo is the bestselling author of the Shadow and Bone Trilogy, the Six of Crows Duology, The Language of Thorns, and King of Scars. All of these are young adult novels, but Bardugo's audience and die-hard fans (like me) span a far larger swath of the reading public. On October 8th Bardugo makes her official debut outside the YA category with Ninth House.

Ninth House is a novel about dark magic, secret societies, power, and murder.  The protagonist, Alex Stern, is in a horrifically bad place in her life when she gets a strange and highly unexpected chance to start over. As a student at Yale. Alex's qualifications are not academic, she's got a unique skill that some very important people want to use to monitor the activities of Yale's eight secret societies. Ancient magic, deadly magic, is being brought back into the world, and Stern thinks that's what's behind an unsolved murder.  Ninth House is a spine-tingling read that's all but impossible to put down.

To give you a little taste of what Leigh Bardugo has in store for readers come October 8th, here's the prologue of Ninth House:

By the time Alex managed to get the blood out of her good wool coat, it was too warm to wear it. Spring had come on grudgingly; pale blue mornings failed to deepen, turning instead to moist, sullen afternoons, and stubborn frost lined the road in high, dirty meringues. But sometime around mid-March, the slices of lawn between the stone paths of Old Campus began to sweat them- selves free of snow, emerging wet, black, and tufty with matted grass, and Alex found herself notched into the window seat in the rooms hidden on the top floor of 268 York, reading Suggested Requirements for Lethe Candidates.

She heard the clock on the mantel tick, the chiming of the bell as customers came and went in the clothing store below. The secret rooms above the shop were affectionately known as the Hutch by Lethe members, and the commercial space beneath them had been, at varying times, a shoe store, a wilderness  outfit, and a twenty-four-hour Wawa mini-mart with its own Taco Bell counter. The Lethe diaries from those years were filled with com- plaints about the stink of refried beans and grilled onions seeping up through the floor—until 1995, when someone had enchanted the Hutch and the back staircase that led to the alley so that they smelled always of fabric softener and clove.

Alex had discovered the pamphlet of Lethe House guidelines sometime in the blurred weeks after the incident at the mansion on Orange. She had checked her email only once since then on the Hutch’s old desktop, seen the long string of messages from Dean Sandow, and logged off She’d let the battery run down on her phone, ignored her classes, watched the branches sprout leaves at the knuckles like a woman trying on rings. She ate all the food in the pantries and freezer—the fancy cheeses and packs of smoked salmon first, then the cans of beans and syrup-soaked peaches in boxes marked emergency rations. When they were gone, she ordered takeout aggressively, charging it all to Darlington’s still- active account. The trip down and up the stairs was tiring enough that she had to rest before she tore into her lunch or dinner, and sometimes she didn’t bother to eat at all, just fell asleep in the win- dow seat or on the floor beside the plastic bags and foil-wrapped containers. No one came to check on her. There was no one left.

The pamphlet was cheaply printed, bound with staples, a black- and-white picture of Harkness Tower on the cover, We Are the Shepherds printed beneath it. She doubted the Lethe House founders had Johnny Cash in mind when they’d chosen their motto, but every time she saw those words she thought of Christmastime, of lying on the old mattress in Len’s squat in Van Nuys, room spinning, a half-eaten can of cranberry sauce on the floor beside her, and Johnny Cash singing, “We are the shepherds, we walked ’cross the mountains. We left our flocks when the new star appeared.” She thought of Len rolling over, sliding his hand under her shirt, murmuring into her ear, “Those are some shitty shepherds.”

The guidelines for Lethe House candidates were located near the back of the pamphlet and had last been updated in 1962.

High academic achievement with an emphasis on history and chemistry.
Facility with languages and a working knowledge of Latin and Greek.
Good physical health and hygiene. Evidence of a regular fitness regimen encouraged.
Exhibits signs of a steady character with a mind toward discretion.
An interest in the arcane is discouraged, as this is a frequent indicator of an “outsider” disposition.
Should demonstrate no squeamishness toward the realities of the human body.

Alex—whose knowledge of Latin was less than working— looked it up: Death conquers all. But in the margin, someone had scrawled irrumat over vincit, nearly obliterating the original with blue ballpoint pen.

Beneath the Lethe requirements, an addendum read: Standards for candidates have been relaxed in two circumstances: Lowell Scott (B.A., English, 1909) and Sinclair Bell Braverman (no degree, 1950), with mixed results.

Another note had been scratched into the margin here, this one clearly in Darlington’s jagged, EKG-like scrawl: Alex Stern. She thought of the blood soaking the carpet of the old Anderson mansion black. She thought of the dean—the startled white of his femur jutting from his thigh, the stink of wild dogs filling the air.

Alex set aside the aluminum container of cold falafel from Mamoun’s, wiped her hands on her Lethe House sweats. She limped to the bathroom, popped open the bottle of zolpidem, and tucked one beneath her tongue. She cupped her hand beneath the faucet, watched the water pour over her fingers, listened to the grim sucking sound from the mouth of the drain. Standards for candidates have been relaxed in two circumstances.

For the first time in weeks, she looked at the girl in the water-speckled mirror, watched as that bruised girl lifted her tank top, the cotton stained yellow with pus. The wound in Alex’s side was a deep divot, crusted black. The bite had left a visible curve that she knew would heal badly, if it healed at all. Her map had been changed. Her coastline altered. Mors irrumat omnia. Death fucks us all.

Alex touched her fingers gently to the hot red skin surrounding the teeth marks. The wound was getting infected. She felt some kind of concern, her mind nudging her toward self-preservation, but the idea of picking up the phone, getting a ride to the undergrad health center—the sequence of actions each new action would incite—was overwhelming, and the warm, dull throb of her body setting fire to itself had become almost companionable. Maybe she’d get a fever, start hallucinating.

She eyed the thrust of her ribs, the blue veins like downed power lines beneath her fading bruises. Her lips were feathered with chapped skin. She thought of her name inked into the mar- gins of the pamphlet—the third circumstance.

“Results were decidedly mixed,” she said, startled by the husky rattle of her voice. She laughed and the drain seemed to chuckle with her. Maybe she already had a fever.

In the fluorescent glare of the bathroom lights, she gripped the edges of the bite in her side and dug her fingers into it, pinching the flesh around her stitches until the pain dropped over her like a mantle, the blackout coming on in a welcome rush.

That was in the spring. But the trouble had begun on a night in the full dark of winter, when Tara Hutchins died and Alex still thought she might get away with everything. 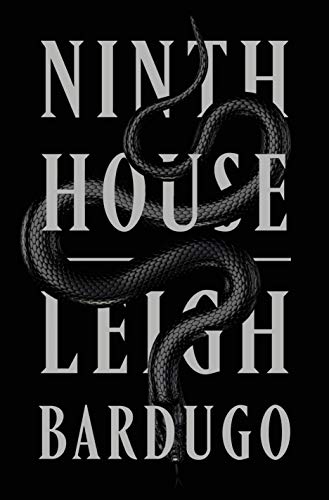