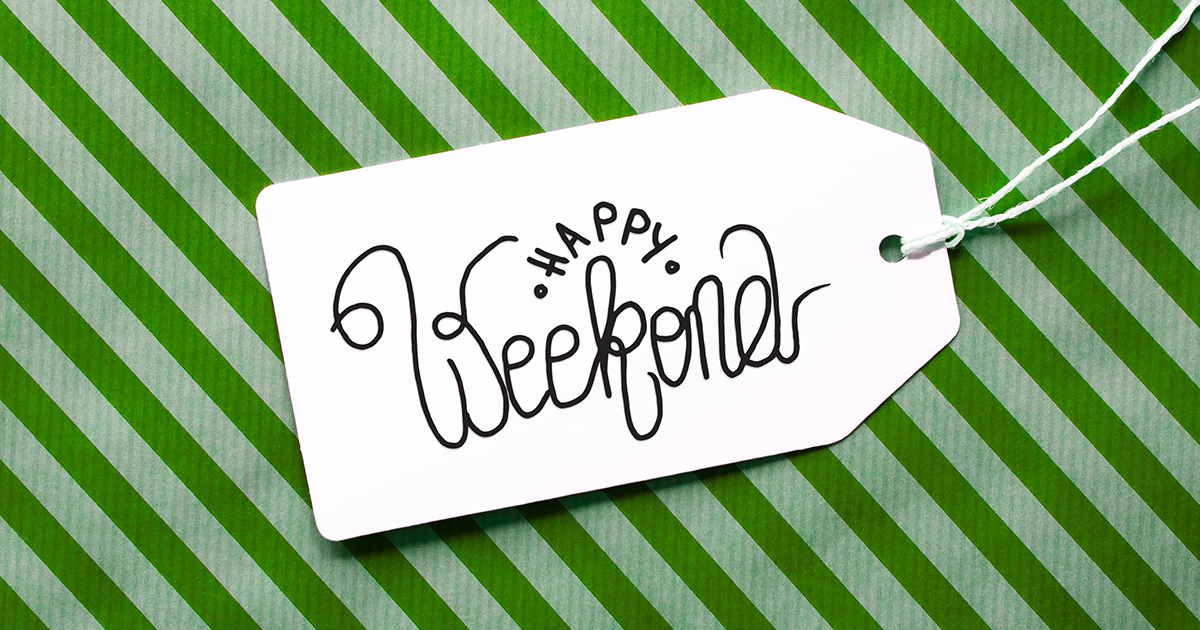 I frequently have a few books on the go at once. And I dip in and out of them depending on my mood. It occurs to me that our reads this weekend have something to suit almost every mood.

For those in the mood to nest (and let's face it, thanks to Covid, many of us have no choice in the matter), new homeowner Erin is taken with a graphic novel that outlines the history of a corner of a room. For those in the mood to escape, Adrian and I are taking two different approaches, she with a romantic comedy about competing apps, me with a sun-soaked tale of dark money and corporate malfeasance.

For those in the mood to plan, Sarah is reading a book that will help parents plot the path to creating "generous and grateful humans." If you're in the mood for some self-reflection, Chris' book will help you harness your inner critic and Al's will make you think about "secrets and identity." I'm not sure what mood you need to be in to read Seira's pick, but whatever it is, she's got you covered. 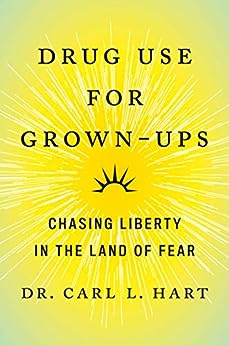 Drug Use for Grown-Ups: Chasing Liberty in the Land of Fear by Dr. Carl L. Hart

I just started this book and it's already blowing my mind. The author is the Ziff Professor of Psychology in the Departments of Psychology and Psychiatry at Columbia University. He's a neuroscientist, a researcher, and one of the world's leading experts on recreational drug use. He also happens to use heroin recreationally. Drug Use for Grown-Ups looks at the data on addiction and behavior as it relates to recreational drug use, and how that lines up against the message drilled into our societal brain for decades (hint: they don't match). Hart makes excellent points about racism around drug use that seem so obvious now but hadn't occurred to me before. This is going to be one highly controversial book and I can't wait to read more.... —Seira Wilson 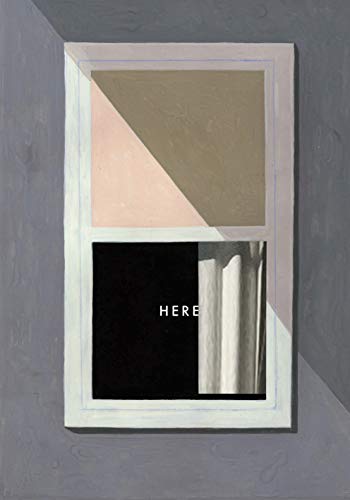 I just moved from an older building into a new one. Despite the single circuit electricity that shorted out on a regular basis, the lack of insulation, and other aspects of its “charm,” the place had tales to tell. And I’m a sucker for stories. Who lived there before me? What were their lives like? Whose idea was it to paint the living room baby diarrhea green? But my limited imagination only went back a hundred or so years, when the apartment was first built. In Here, groundbreaking graphic novelist Richard McGuire takes it much, much! further—visualizing the goings-on in a specific corner of a specific room over the course of hundreds of thousands of years (past, present, and future). The result is an orgy of the ordinary that is slyly clever and unexpectedly moving. Now it’s time to wonder about this newer place, which also has a history, so it’s newness is misleading. It also has tales to tell (and fortunately it isn’t painted diarrhea green). —Erin Kodicek 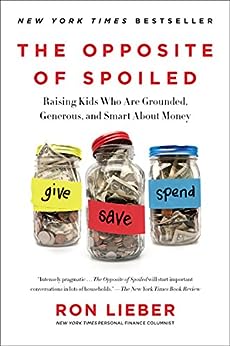 The Opposite of Spoiled by Ron Lieber

I am a big gift giver and think every problem can be solved with the perfect book, educational toy, or super cozy throw blanket. But post-Prime Day, Black Friday, and Cyber Monday, I’m watching the results of my gift giving get delivered in cardboard boxes to my doorstep every day. In our house, we celebrate both Hannukah and Christmas, and since we’re not traveling during the holidays, we’re getting inundated with presents from our families around the country. And while I love the delight my children get from presents, I don’t want to end up with spoiled children who expect a gift every time they pee (this is actually where we are with my older son right now, sigh). I read about Ron Lieber’s The Opposite of Spoiled: Raising Kids Who Are Grounded, Generous and Smart about Money in a NYT Parenting article about rampant gift giving. My kids are both under 5, so according to Lieber, I haven’t messed them up too badly yet, and I’m looking to his advice on how I can help mold them into generous and grateful humans. I bought this on Cyber Monday as a present to myself, and it moved to the top of my “to-read” pile. —Sarah Gelman 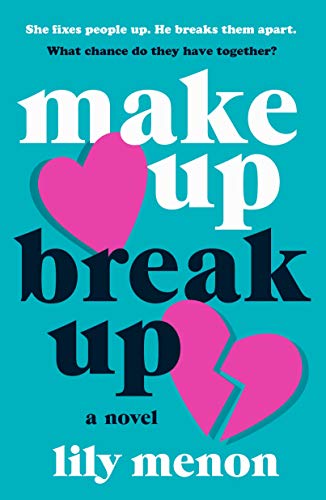 Make Up Break Up by Lily Menon

As the days have gotten shorter—and colder—I’m turning more and more often to romantic comedies to keep me laughing while I’m cozy on the couch with a fluffy blanket and a warm drink. This Jacqueline Susann-esque cover immediately grabbed my attention, but the premise is what really wooed me: She created an app that helps couples repair their relationships. He created an app that helps couples break up. But opposites attract, don’t they…? This new rom-com promises to be fully modern and 100% fun. —Adrian Liang 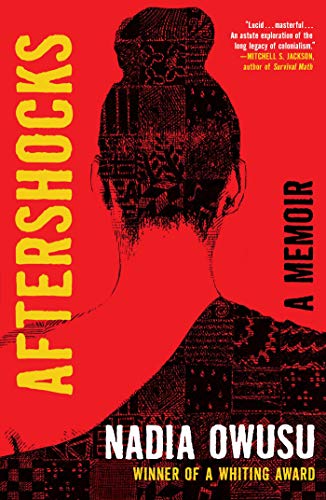 How do we determine how and to whom we belong? Is it the country where we were born or the countries where we've lived? The people that birthed us or the people that raised us? How does a person construct their life? These are just some of the questions that Nadia Owusu wrestles with in her blistering memoir, Aftershocks. After the death of her father and the discovery of tectonic-shifting secrets of her family's past, she writes, "Grieving, I learned, was a process of story construction. I needed to construct a story so I could reconstruct my world." And later, "If I belonged nowhere and to no one, then what was I? Who was I? I cannot remember." So far this memoir of secrets and identity, hurt and anger, is captivating and surprising. This weekend, I'm curling up by the fire and learning about Nadia Owusu as she discovers herself. —Al Woodworth 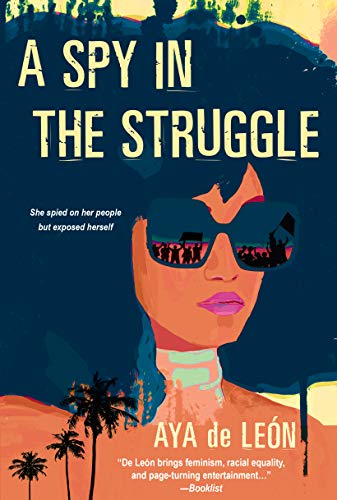 A Spy in the Struggle by Aya de León

I've read about 300 police procedurals lately, or so it feels. That would normally be my idea of heaven, but I came across A Spy in the Struggle while going through publisher catalogs, and got hooked on the promise of something different. When the FBI raids the law firm she works for, junior attorney Yolanda Vance ends up a reluctant undercover agent, heading back to her California college town to infiltrate an African-American “extremist” activist group. And how about this for an opening line: "So, you were the whistleblower," the man on the FBI interview panel said." All of which is to say: I'm intrigued and I can't wait to read on. —Vannessa Cronin 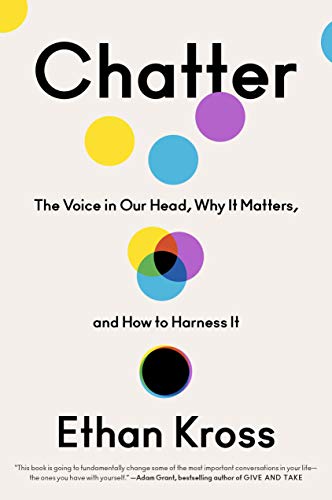 Chatter: The Voice in Our Head, Why It Matters, and How to Harness It by Ethan Kross

Every year, there are a few really good behavioral psychology books that get published, and this seems like a good candidate for 2021. Ethan Kross is a University of Michigan academic who heads the Emotion & Self Control Laboratory. (I think the ampersand is there to provide a dash of lightheartedness and elicit a less fearful reaction to that laboratory's name.) Kross’s Chatter is publishing in January of 2021, and it is about how we can quiet our internal voices, and actually harness them for our own good. There’s a lot of opportunity to be in your own head these days. I’m hoping Kross might provide me with a bit of a trail map. Or at least a flashlight. —Chris Schluep

Whatever your mood this weekend, the editors have a book for you.