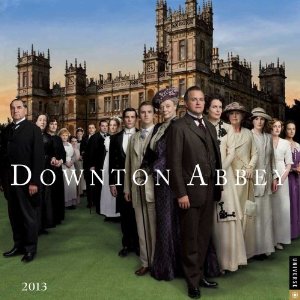 Regardless of whether you're among the millions of Downton Abbey fans who have made the Bafta, Golden Globe and Emmy Award-winning British TV drama a hit, there is no denying that the show has achieved phenomenon status here and abroad. Even if you haven't watched it, you've probably heard of it. And though it's difficult to describe the show compellingly to a non-viewer, one episode tends to be enough to hook a new devotee.

And here's a television program that doesn't distract or detract from reading, but rather encourages it. Downton has awakened in viewers a thirst for more and more stories of the era. It's a demand well-met by publishers, who offer not only historical nonfiction and show-specific companion books marketed for fans of the series, but a new breed of post-Edwardian novels, too.

Unlike the classic books of old England (I'm looking at you, Jane Austen), where the servants were incidental shadows of characters with largely unmemorable names and activities, many of these stories include and even focus on them. Our attention is now evenly divided between the nobility of the "Upstairs" and the staff of the "Downstairs," as the aristocracy and lower class are so often tactfully divided. In fact, Downton Abbey's two-class structure is reminiscent of the equally acclaimed 1970s British series "Upstairs Downstairs."

So, for fans who wait with bated breath for January 6 -- which marks the show's return to BBC America -- and anyone who's interested in learning more before committing, here's a way to narrow down your vast Downton-inspired reading choices.

If you were in the world of Downton Abbey, would you be a better fit Upstairs or Downstairs? Click the answers that best reflect your true self and then click the SUBMIT button to find out which books best suit you.