Freedom, or the Love of Your Life?: Shilpi Somaya Gowda Asks Kristopher Dukes About "The Sworn Virgin" 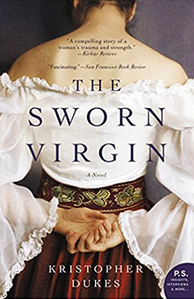 Talk about a wicked stepmother...It's 1910 in Albania, and the widow of eighteen-year-old Eleanora sells her into marriage to a man who...well, isn't a peach (by miles). The only way for Eleanora to secure her freedom, to enjoy the same rights as a man, is to vow to remain a virgin. This commitment goes swimmingly until a wounded, and temptingly fetching stranger, turns up, needing Eleanor's help, and she begins for fall for him. This leaves her with an impossible choice--her hard-won independence, or love. Here, fellow novelist Shilpi Somaya Gowda asks Kristopher Dukes about her debut novel, The Sworn Virgin.

Shilpi Somaya Gowda:  The story of The Sworn Virgin is based on a real tradition from the mountains of Albania.  How did you first learn about this part of Albanian culture, and how did you go about doing research for your book?

Kristopher Dukes:  I first read about the tradition of the sworn virgin in a New York Times article 9 years ago. The tradition, in short, is this: a woman swears to remain a virgin her entire life, and in exchange will live with the legal rights and social privileges of a man: she can carry a gun, drink and smoke, work for money, inherit property, become head of a household, and participate in blood feuds, though she herself cannot be killed unless she goes back on her vow of chastity. (By the way, I use “she” as a pronoun, but as far as a sworn virgin’s community is concerned, “she” is “he” and is referred to as such.)

Immediately, as a storyteller, I wondered, “What would happen if a sworn virgin fell in love?” All us writers are sadists, right? So I thought one of the worse things to do to a character would be forcing them to choose between their life and the love of their life.

I started and stopped writing what became The Sworn Virgin multiple times, eventually realizing I needed to research this remote part of the world to understand its values and its rules, and give context to the characters. I ended up spending five years researching the Albanian mountains down to not only to specific rules in the Kanun, an ancient honor code of the mountains, but also greetings and coffee ceremonies, what types of guns were used and where the intricate silver work in the handles would have been crafted, hair dye and the shaved scalps of various tribes, whether or not my heroine Eleanora would have used pastels or pencils for her art, or would have known what a fork was.

This in-depth research of primary and secondary sources began with, of course, Google.

Early Internet searches led me to Edith Durham’s seminal book High Albania, which was based on her travel journals through the remotest regions of the Albanian mountains, from an anthropologist’s point of view. Her descriptions of rituals and costumes formed the foundation of my research; I read this book many times throughout many drafts of The Sworn Virgin. Searching for tribal names and villages I discovered in this book led to a more obscure, but equally important book, Rose Wilder Lane’s The Peaks of Shala. Lane was a writer, and some believe the ghostwriter of her mother’s much more famous books, the Little House series. The Peaks of Shala was difficult to get; I had to drive to downtown Los Angele’s Central Library to read the only local copy I could find, which was too precious to be lent out, so I visited it many times and took copious notes.  Both books were invaluable, and their various spellings of tribes, villages, and other things were clues of what to search for, and led me to historical documents such as travel articles written during Eleanora’s time, and antique postcards and pictures of Shkodër and a variety of costumes.

SSG:  Your book takes place in 1910, and it’s clear that the tradition of sworn virgins was still very much in existence then.  Are there still sworn virgins left in Albania today?

KD:  Absolutely, though it’s estimated there are only between 40 to 100 left, and believed that most sworn virgins are older people who took their vows before Albanian women gained more social freedom and legal rights.

To visit the mountains a little more than 100 years ago, in 1910, when The Sworn Virgin takes place, was like visiting the mountains 500 years ago. Because it was so remote, and never conquered by anyone, including the Ottoman Empire, its unique culture remained untouched. Most people lived local, rural lives. In fact, both Edith Durham and Rose Wilder Lane, even though it was understood they were foreigners from faraway places, and did not dress like traditional Albanian men or women, were assumed to be sworn virgins by various tribes they met with.

SSG:  Your main protagonist, Eleanora, is so fascinating – she’s brave, fiercely independent, and longs to travel outside of Albania and become an artist, even though she was raised in a culture where women were generally expected to marry young and remain at home.  Was the character of Eleanora inspired by any of your favorite fictional characters, or anyone you know in real life?

KD:  Eleanora was inspired by strong women I have known in real life and through books. She is a gifted artist struggling to balance her ambitions with domestic expectations, like Susan Gaylord in Pearl Buck’s This Proud Heart. She shares Emma Bovary’s disdain for provincial life. Like Scarlett O’Hara, she is charming and head strong, and her greatest strength—in Eleanora’s case, her belief in her own limitless potential—is also her greatest weakness.

SSG:  When Eleanora chooses to become a sworn virgin she gains independence and the ability to carry weapons and seek revenge for the death of her father, but she is also expected to give up the chance for love and a family.  Do you think she made the right choice?

KD:  Eleanora absolutely made the right choice for herself in that moment. She was forced to choose between swearing to remain a virgin her entire life and assuming responsibility for her household, or becoming the wife and possession of a cruel man and losing her agency and freedom. She chose to seize control of her future, of her life, of her body. Could she have become a wife and attempted to run away later? Maybe, but enduring being an abused servant, and the brutal punishment she’d face if she were caught running away, had their own set of terrible consequences. In that moment, she chose the clearest way for her to survive, not just in body, but in spirit.

SSG:  Here’s a fun question – if you had to choose the cast for a movie version of The Sworn Virgin, who would you cast and why? 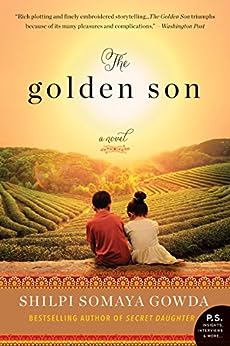