With the end of Daylight Savings Time, the nights start sooner, and it’s the perfect excuse to crawl into bed early with a new book.

Between a thrilling story about the origins of mermaids, a mystery set in space, the return of a rogue-vampire hunter, and a “let’s rebuild the team” Star Wars novel that sets the stage for The Rise of Skywalker, there are a lot of excellent new SF and fantasy reads to enjoy.

Can’t find anything you love in the list below? See all our editors’ picks for the best science fiction and fantasy of the month.

The Deep by Rivers Solomon

River Solomon’s novella launches off the idea that merpeople were descended from pregnant women cast into the sea from slave ships, and then it spins out a heart-snatching story about the weight and redemption of memory. Only one person holds the memories of her people, and those memories are passed down from generation to generation via one memory-holder called the historian. But when Yetu, the current historian, flees an annual ritual, leaving the rest of her people with the memories in their heads instead, storms begin to spin and the sea begins to swell. Readers will enjoy The Deep in a number of different ways: As a vivid read; as an exploration into how story can change as it moves from teller to teller (The Deep sprang from the song “The Deep” by clipping.); or as a reminder that not all fairy tales must be Eurocentric (see Tracey Baptiste’s New York Times opinion article, “Mermaids Have Always Been Black”). A powerful, resonant, and quickly devoured story.

The Last Dance (The Near-Earth Mysteries) by Martin L. Shoemaker

The Last Dance was part of the Amazon First Reads program in October (it’s a cool way to read books early – see details here), and it gathered hundreds of happy reader reviews before its wide release on November 1. Part mystery and part space opera, the story revolves around an Inspector General Park Yerim’s probing of a charge of mutiny against ship captain Nicolau Aames. If he’s found guilty, the result is death. But his crew thinks he was right. This SF mystery will keep readers glued to the page until all is finally revealed. (Available as of this writing in Kindle Unlimited.)

Rogue vampire hunter Jane Yellowrock is back in her 13th adventure, and things aren’t going well. She has retreated to the mountains with her closest remaining friends to try to heal, but the bad guys just won’t let her be. Hurt and grieving, Yellowrock has to dig deep to survive both physically and emotionally. Faith Hunter’s readers are already flying through Shattered Bonds and awarding it high marks—an average of 4.9 stars on 186 customer ratings. Haven’t started the Jane Yellowrock series yet? Give yourself a nice present, and begin with book 1, Skinwalker. 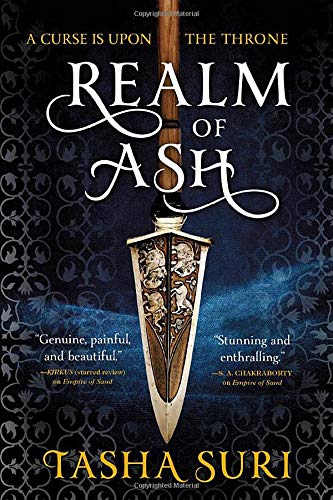 Realm of Ash (The Books of Ambha) by Tasha Suri

While this is book 2 in the Books of Ambha series, you don’t have to start with book 1 if you want to leap right in. (I know this because I was 75% of the way through Realm of Ash before I thought, “Hmm, this book reminds me of Empire of Sand. Oh, wait—it’s the same series.” That sometimes happens when you read about a million books a year.) Anyway, Realm of Ash starts with Arwa on her way to a widows’ house deep in the mountains after her husband was killed in a massacre perpetrated by demons. Arwa was the only survivor. The empire is falling apart, and the massacre is only one of the attacks tearing it to pieces. Arwa discovers that her bloodline might help bring the empire back to its former glory, but first she’ll have to navigate the intrigues of the royal family while keeping her own secrets close. Fascinating world building and deeply sympathetic characters make this a good match for those who enjoyed The City of Brass, Uprooted, or The Hundredth Queen. 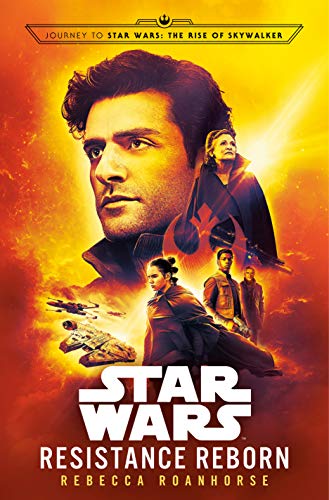 As those who watched The Last Jedi may recall, the people who escaped on the Millennium Falcon are among the few left in the Resistance. And now the First Order is targeting—and removing—other sympathizers across the galaxy. General Organa and Poe Dameron spearhead the efforts to rebuild the Resistance from almost nothing, bringing into the fold those who thought their fighting days were long over. While this rebuilding novel doesn’t vibrate with action, which some will find disappointing, Rebecca Roanhorse (Trail of Lightning) does an excellent job of reuniting characters from previous novels, films, and even videogames with the desperate core of the Resistance, laying out the path to The Rise of Skywalker. (See our interview with Rebecca Roanhorse to read about how she began world building with her brother’s Star Wars action figures.)