With a weekend forecast ahead of us for "wintry mix" (the most hated words ever when you're in the depths of February), our editorial team has assembled a wide range of reading to keep the cold world as far away as possible 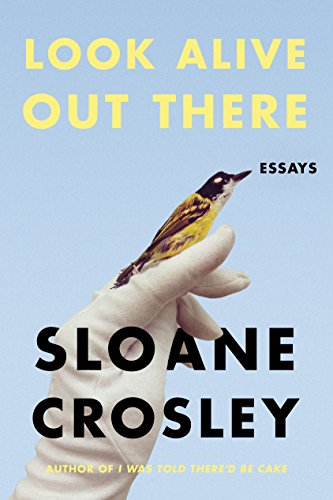 I’m reading Look Alive Out There by Sloane Crosley. Her 2008 release, I Was Told There’d Be Cake, launched a lauded literary career, and this latest collection of essays possesses the same sardonic wit and keen appreciation of the absurd. In one story, Crosley talks about playing herself on the TV show Gossip Girl. Never seen it? Me neither! But Crosley’s clever and astute observations about that experience, and numerous others that reveal the comedy of life, make it an amusing account nonetheless. If you’re a fan of David Sedaris, you’ll want to give this collection a go. -Erin Kodicek 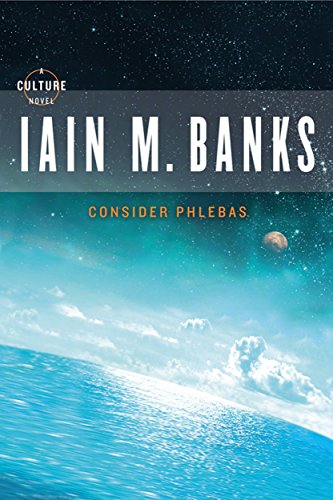 Exciting news this week for geeks like me! Amazon Studios is creating a television series based on Iain M. Banks' book Consider Phlebas, the first in his 10-volume Culture series. Centered on an intergalactic tussle between the utopian Culture and the more warlike Idirans, this series has mesmerized science fiction and literary fiction readers alike since it was first published in the UK in 1987. I haven't read Banks' science fiction before, so I'm going to jump right into Consider Phlebas this weekend. Also, while still in sway to my not-so-inner nerd, I plan to play a new card game called Sci-Fi: A Movie Top Score Game. Although there's not a lot of strategy involved (and I do love me a good strategy game), the cards themselves contain great trivia...and will likely inspire me to revisit--or see for the first time--a number of excellent sci-fi films. -Adrian Liang

Bear with me for a moment while I lapse into a marketing persona. I recently moved, and earlier this week I was setting up my own personal Man Cave, complete with a mini-foosball table, TV, and exercise gear. While I was deliberating over the room-name for my wireless speaker (“Plato’s Man Cave” vs. “The Cavern”), I decided to dial up a record from my youth: The Kids Are Alright by the Who. Fast-forward 3.5 days, and I’m awake at three o’clock with their not-very-classic song, “Long Live Rock,” spinning circuits in my brain. So where’s this going?, you ask. My sleep-deprived delirium compels me to seek out something fun, so I’m going with Steven Hyden’s Twilight of the Gods (May 8). Hyden, whose previous book, Your Favorite Band Is Killing Me, decisively broke down rock’s greatest rivalries (Stones vs. Beatles, e.g.), reflects on the “end of classic rock” and its lasting (or not) influence on the culture as its stars (like the Who) begin their farewell tours, for real this time. Long live rock. –Jon Foro 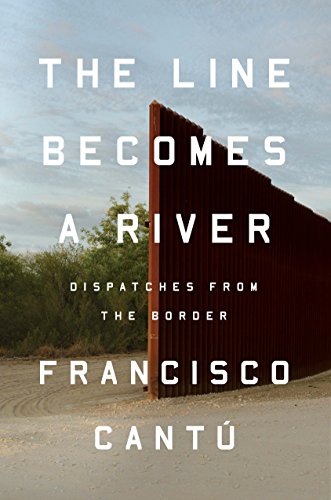 I’m just about finished with The Line Becomes a River: Dispatches from the Border, so will probably park myself on the couch with coffee Saturday morning to read the rest. Francisco Cantú’s boots-on-the-ground perspective of patrolling the border is both harrowing and heartbreaking. He’s one of the “good guys,” wanting to do his job and still preserve the humanity of himself and those he picks up in the desert, but the things he sees and the futility that can take over weigh heavy. It’s incredibly timely, and I’m so glad to have picked it up. For something a little lighter, I’m also going to re-read A Wrinkle in Time before I take my daughter to the movie when it opens in two weeks. -Seira Wilson 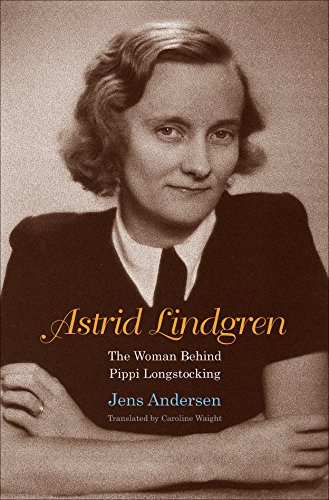 Astrid Lindgren, who went on to create the irreverent Pippi Longstocking stories, never minced words. “It’s flipping freezing, outdoors and in!” she wrote in her diary in January 1941. That brutally cold winter of the Second World War, Lindren was living in Stockholm with her husband and their two children, waiting to see whether it would be the Germans or the Russians who invaded first. Despite the terror either option presented, her War Diaries, published in 2016 by Yale University Press, are delightful. She wrote them before any of her books, but she was already a clear, amusing narrator, who was unusually well informed about politics thanks to her night job as a mail inspector for Swedish Intelligence. I’m reading the diaries now in anticipation of a new biography of Lindgren, which comes out next week. The biography should answer some of the questions left by the diaries – namely, “What happened next?” If you love The Children of Noisy Village, or the children of Villa Villekulla, then the War Diaries and Astrid Lindgren: The Woman Behind Pippi Longstocking might be just up your alley. Let me know what you think! -Sarah Harrison Smith