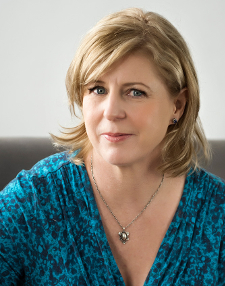 We caught up with Liane Moriarty at the tail end of a six-week-long tour that spanned three continents for her new novel, Nine Perfect Strangers. Perhaps most well-known for her book Big Little Lies—especially after HBO, Reese Witherspoon, Nicole Kidman, and David E. Kelley teamed up to create the 2017 limited television series based on the book—Moriarty has a genius for getting inside her characters' heads and making them as relatable and as flawed as our best friends.

Unlike Big Little Lies or 2016's Truly Madly Guilty, the characters in Nine Perfect Strangers don't have their lives transformed by a shocking event. They actively seek transformation through a 10-day retreat at a posh spa in Australia. But there are shocks in store for them nonetheless, as well as moments of bonding and healing.

When asked why she thinks people seek transformative experiences, Moriarty said, "Wellness has become an industry…. It's also become a moral imperative. We talk about food, as in 'Food is bad' and 'Exercise is good' and 'I've been bad today' and 'I've been good today' and all that sort of thing. So, you know, the churches are empty and the gyms are full, because this is our new religion. [However,] I absolutely believe in wellness. Mindfulness is a wonderful thing to try and practice, and hot stone massages are lovely. But at the same time we can go to ridiculous lengths." With a laugh, Moriarty noted that she did hands-on research for the book by going to a wellness resort. "I have I have to admit I did not suffer very much for my art. I went to a very nice one. I kept thinking about going to some of the hardcore health resorts, but I went to a lovely one. I did give up caffeine for five days." 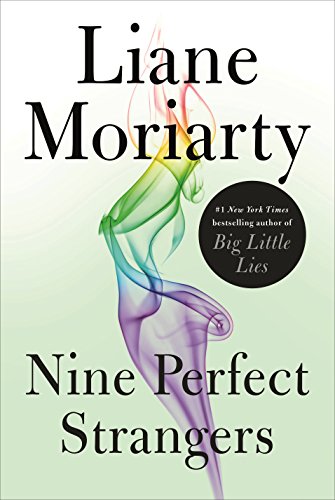 Of the nine characters who decide to spend 10 days at Tranquillum House, Frances Welty is in many ways the heart of the novel. Moriarty explained, "Frances Welty is a formerly best-selling romantic novelist. She's at a bad time in her life because she's suffering from a bad back, a broken heart, and a paper cut."

Welty's moments of insecurity arise from her suddenly rocky career and the fact that she was just swindled via an online romance, but in many ways she's also the most grounded of the characters. She eats well-buttered dinner rolls while her friends complain about carbs, she smuggles in alcohol to Tranquillum House even though she's not supposed to, and she refuses to conform to social rules on beauty and weight. When asked whether Welty's thoughts on our culture of self-loathing reflect her own thoughts, Moriarty replied, "Well, in many ways, she's definitely very similar to me, except she probably is a far more optimistic person than me. So, she's me on a good day. But the next day I can get all caught up in self-loathing as much as the character of Carmel…. Frances is me on a day when the when the sun is shining."

A father, husband, and teacher who suggests that his family go to Tranquillum House to get their minds off an emotionally fraught event is another character whom Moriarty feels close to. "My favorite character was probably Napoleon, who's deeply uncool. But he's a deeply good person."

As must often happen when she's interviewed, the conversation turned to the second season of Big Little Lies, which will likely hit small screens in 2019. The first season was based on Moriarty's novel, but the second season veers into brand-new territory. Moriarty is thoroughly involved in plotting out the new season, however. "I wrote a 50,000-word novella for season two—not for publication but to give ideas for HBO and their producers to continue on. David E. Kelley will still be writing the screenplay based on that novella. I think it's going to be wonderful."

And a film or television version of Nine Perfect Strangers will bring a familiar face to Moriarty's fans again. Nicole Kidman, who executive produces Big Little Lies as well as won both an Emmy and a Golden Globe award for her role in the series, will again star in and produce Moriarty's newest novel. No release date for the show or film has been set, but the book is available now. The Amazon Books editors selected Big Little Lies as one of the best new books of November.

Sign up for the Amazon Book Review: Best books of the month * author interviews